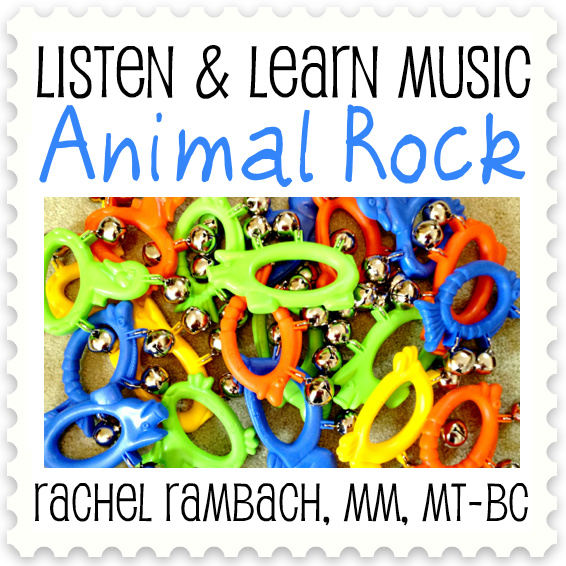 Most of the time, my songs are inspired by specific goals and objectives. But every once in a while, I’ll write a song for a specific instrument — and this is one of them!

Last month as I was going through the West Music catalogue choosing instruments for my early childhood music class, these animal jingle bells caught my eye. I knew that the cute shapes and bright colors would appeal to my kiddos, so I ordered them and then got to work on a new song.

Each animal has a featured role in the song, and a specific movement or sound to perform. When I use this song in a group setting, I have the children identify which kind of animal they have, and then they take turns with their movements or sounds. If I’m working with a child one-on-one, I ask them to choose the correct animal for each verse and then do each movement and sound.

Even if you don’t have these bells on hand, this song can be used without instruments all together and instead let the children act as the animals themselves! There’s nothing like a little creative role play ;) And you definitely don’t have to stick to the four creatures mention in the song…let the kids use their imagination and add their own verses.