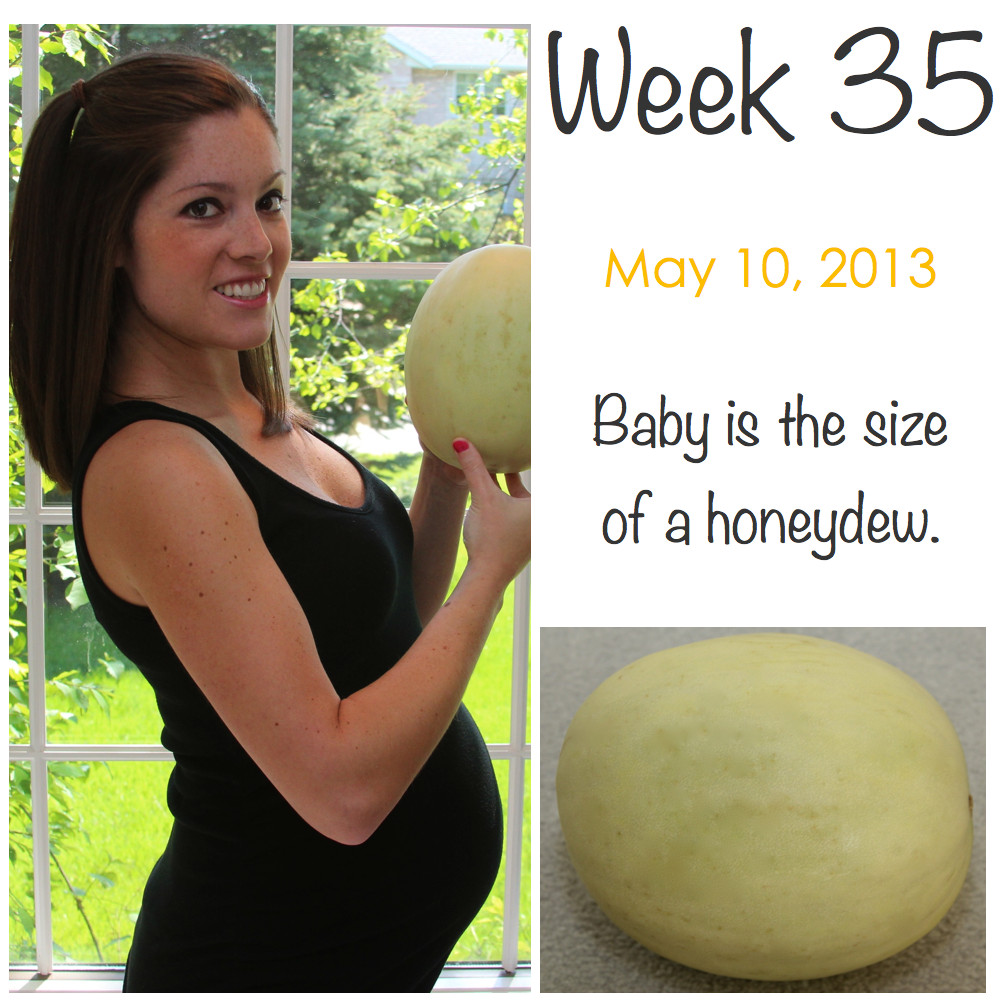 Home stretch, baby! And it’s a good thing, because I am getting restless. On one hand, I want to get out of the house and do things, but on the other, I’m so exhausted that I can barely keep my eyes open half the time.

Despite the exhaustion, I managed to have a pretty eventful and productive week. It started with my third and final baby shower, hosted by my wonderful sister-in-laws Rebecca and Shannon. The theme was “nautical” (shocking, right!?) and everything about it — the decorations, games, gifts, guests — was delightful. Click here for more of the photos my father-in-law took. 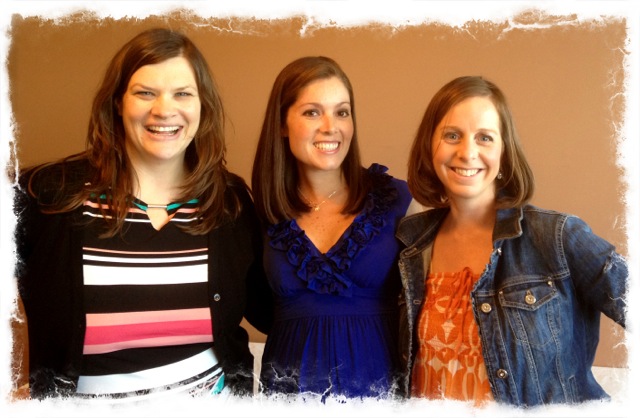 Rebecca and Shannon went all out, not only with hosting the shower but also their awesome DIY gifts. The boat-shaped bookcase (pictured below) is something I’ve been on the hunt for since I came up with the nursery theme, so I was super excited to see it on display when I arrived! 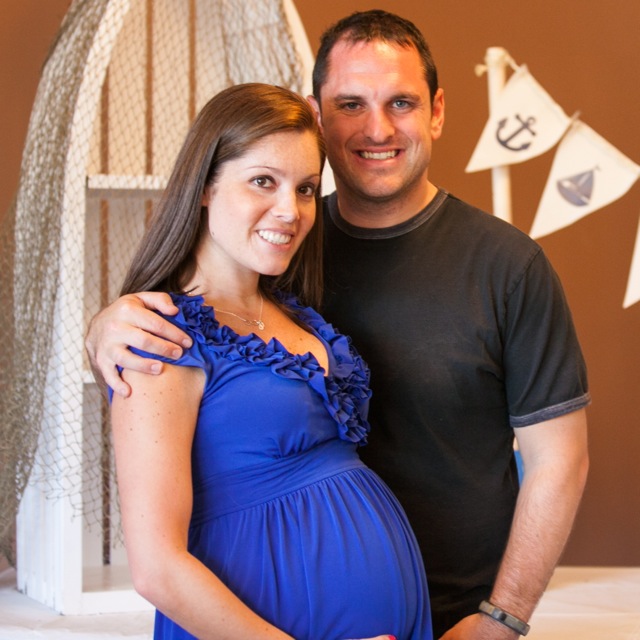 Zach arrived at the end of the shower to help load up all the gifts and pose for a few photos. 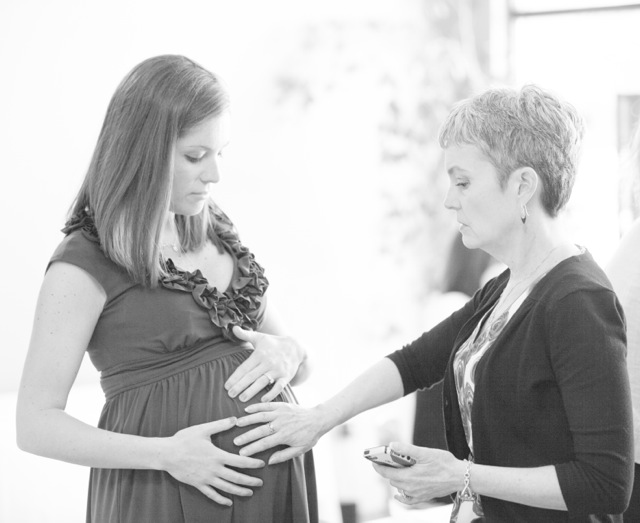 Baby Rambach must have known he was the guest of honor, because he didn’t stop kicking and wriggling around until after the shower was over. He is quite active on a regular basis even though he’s starting to run out of room in there!

Speaking of the little guy, we had an appointment this week and found out that he’s growing right on track…actually, he’s in the 63rd percentile at 5 pounds, 11 ounces. My doctor was surprised, since my belly has been measuring smaller than it should at this point. He’s also head-down, which is awesome news for delivery. At this point, there’s less than a 5% chance that he will change positions.

In other baby news, we bought the rest of the stuff we need off our registry and are pretty much set as far as the nursery goes. Once we get the pictures hung and a few other finishing touches, I will post photos. Also coming soon are photos of our newly painted playroom. Yay for progress! 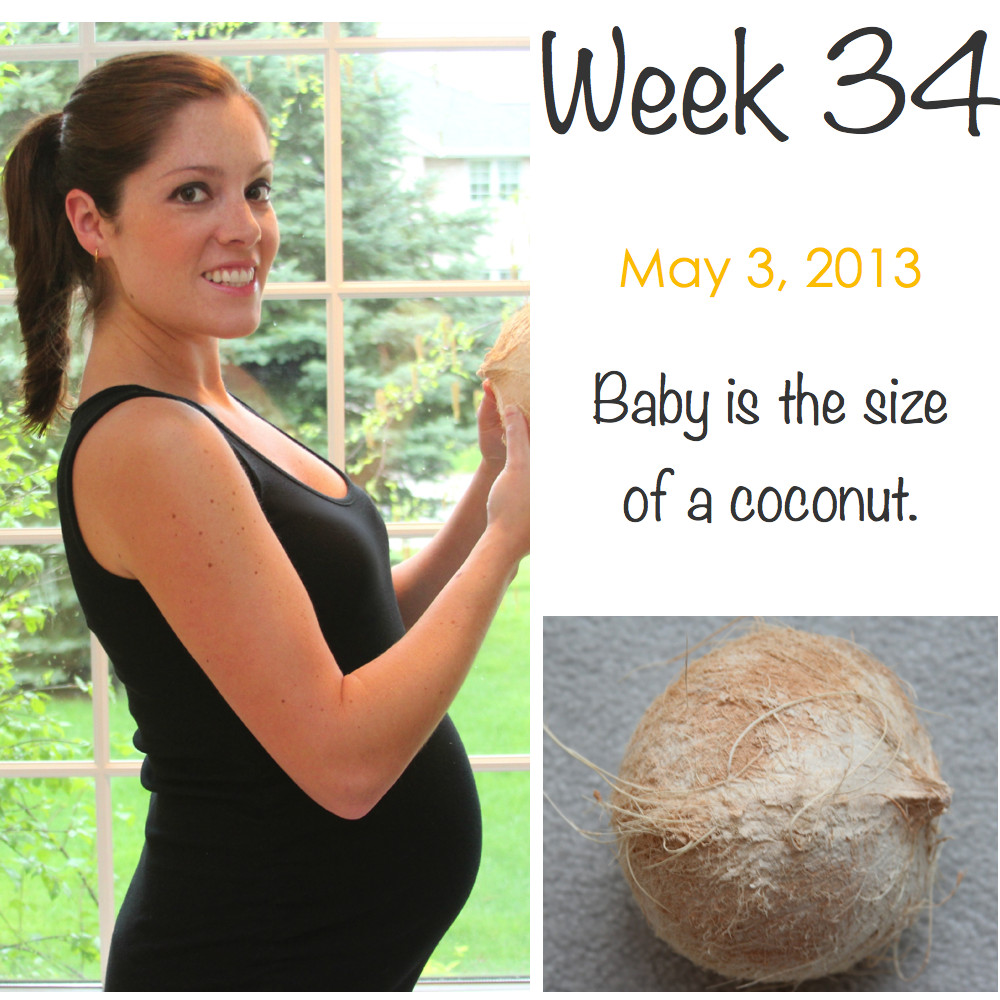 This week has been a bit of a turning point in my pregnancy. Up until now, when people asked how I felt, my answers were always the same: “Great! Wonderful! Sometimes I even forget I’m pregnant!” But at this point, I’m really starting to feel it.

The third trimester exhaustion I kept hearing and reading about has kicked in, which means lots more “naps” after my morning workouts (and by naps I mean crawling back in bed for a couple of hours). It’s also getting progressively harder to make it through my work days, since they don’t usually end until 7 or 7:30 at night. Not to mention that sitting on a stool for long periods of times is becoming increasingly uncomfortable. But then I remember that I only have a little over 3 weeks of work left, and I can do anything for 3 weeks!

Don’t get me wrong, I’m not all complaints over here. All things considered, I do still feel pretty good and have enough energy to tackle things around the house and in my office on most days. I even made a trip to St. Louis with my mom last weekend for my friend Vickie’s bridal shower, which was wonderful even if I couldn’t drink any of the wine :) 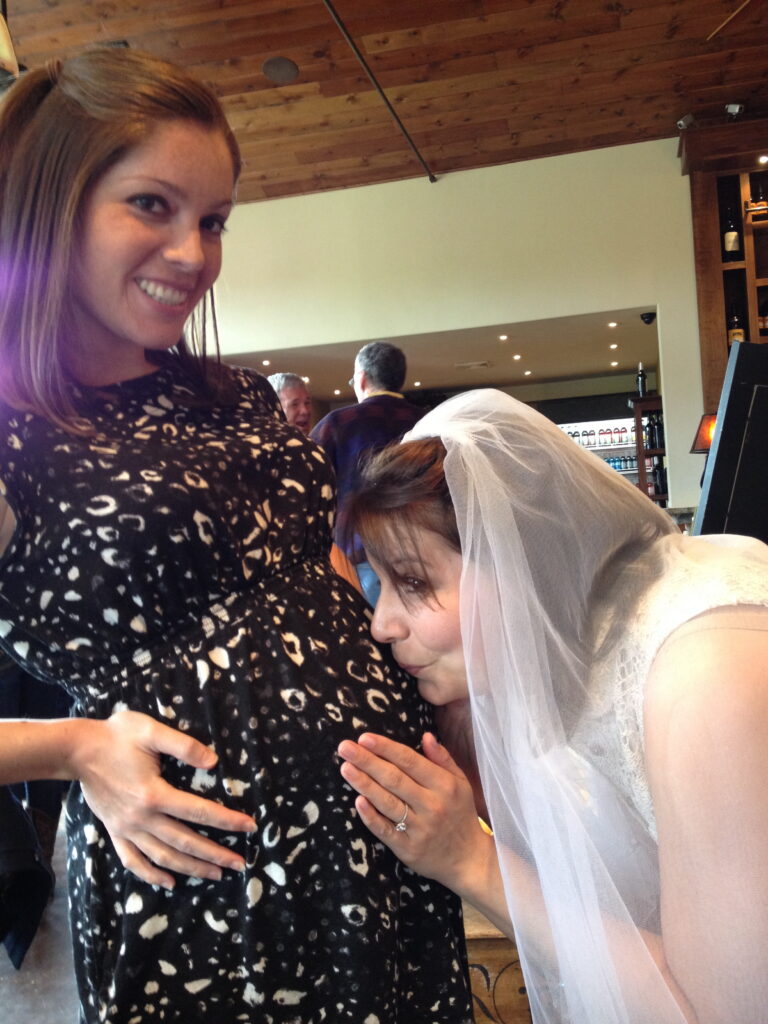 I’m really looking forward to these next few days, which include a doctor’s appointment (and ultrasound!), my third and final baby shower, and Mother’s Day. Week 35 is going to be a good one, even if I am a bit sleepier than usual :)

Week 33 was another eventful one. My best friend Katie flew home from NYC to host a baby shower for me, and it was so beautiful and perfect! Everything — from the food to the decorations to the gifts — were nautical themed; I was so impressed with her attention to detail.

I couldn’t get over how cute the table was decorated. And how adorable are the napkins and silverware, with the lifesaver ties? Katie also ordered napkins with the baby’s name and little anchors, and there are tons leftover…I think we’ll have a nautical themed first birthday party :) 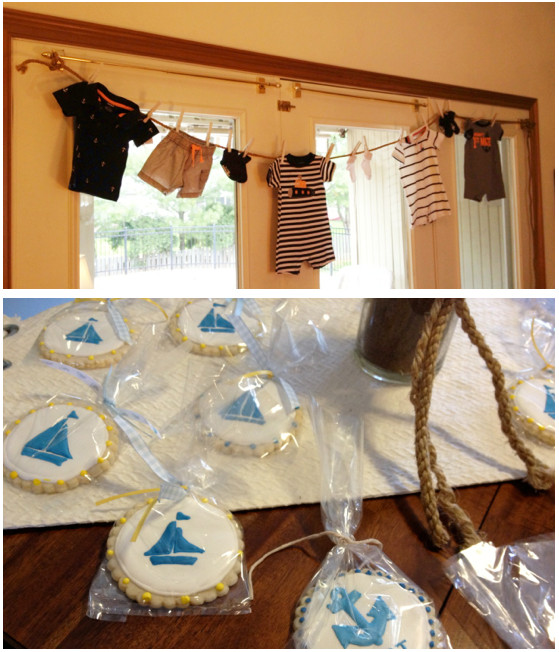 The clothesline full of nautical baby clothes was thanks to Annette, Katie’s stepmom who did most of the actual decorating (since she lives here in town, as opposed to a plane ride away). And since both Katie and my mom ordered cookies — from the same person — we had tons of these cute sailboat and anchor treats for dessert. 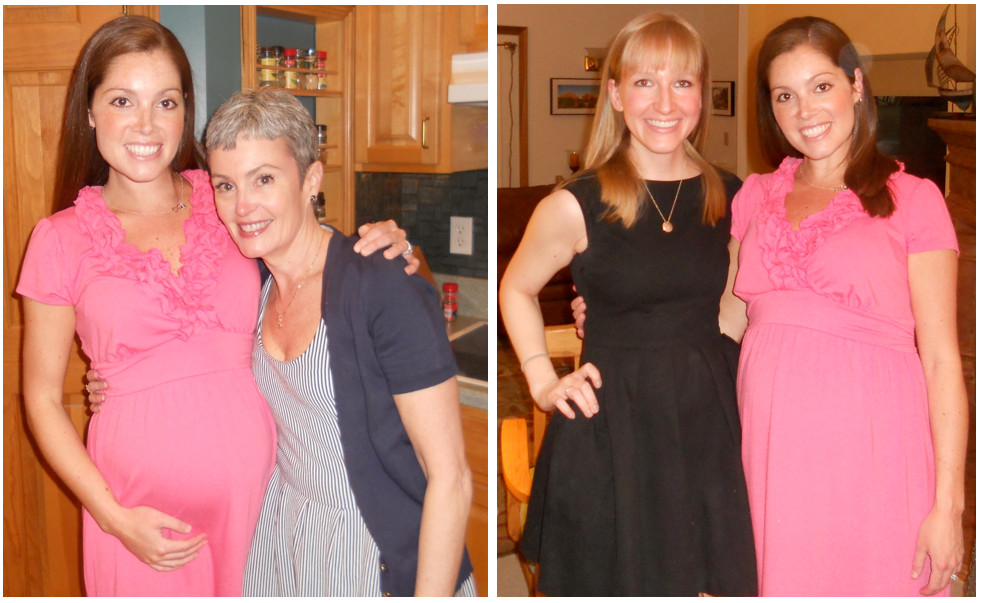 My lovely neighbor Wendy was kind enough to take photos of me with most of the guests; here I am with my mom and with Katie. I was so grateful to her for the shower, and also to all the guests for the huge pile of amazing gifts I brought home.

I feel so lucky to have such wonderful friends and family who are showering us with baby items and love. I had so much fun going through everything this week, especially sorting all the cute, tiny clothes! One thing is for sure: washing them and organizing the dresser is making this all feel very, very real!