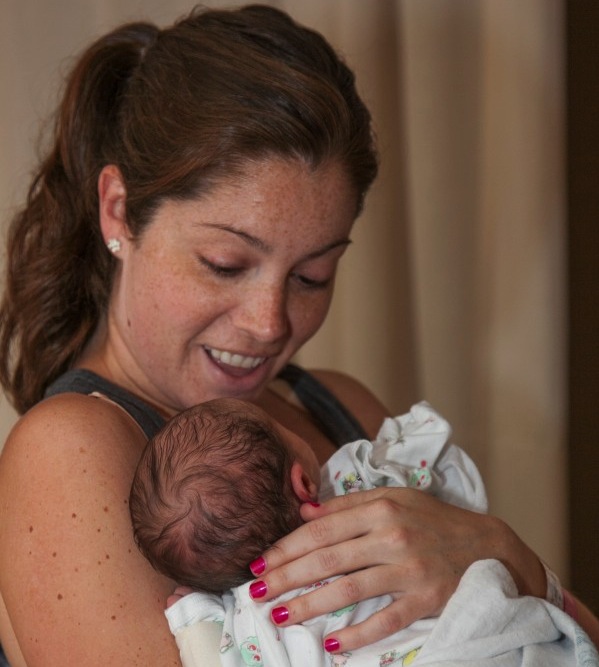 It’s taken me at least four separate sessions spread out over two days to type this blog post, so hitting “publish” is going to feel like quite an accomplishment. Just like completing a load of laundry, making the bed, putting on makeup, and writing a thank you card all feel like big accomplishments these days.

Before I had a baby, I just couldn’t understand why new moms always say they’re lucky if they are able to shower on a daily basis — and now I totally get it. Caring for a tiny human being is a LOT of work, between feeding, changing, comforting, and just holding him while he sleeps.

I have an inbox full of fantastic guest posts by several fellow music therapists and bloggers, and although it was my goal to have them queued up and ready to post starting last week, it just hasn’t happened yet. Parker and I are still establishing a routine, and when I do have the opportunity to get things done during naptime, I usually resort to either sleeping (because not much of that happens at night!) or taking care of the basics around the house.

This blog post is anything BUT a complaint; I absolutely love being a mom and everything that comes with it (including the sleepless nights). It’s more of a reassurance that I haven’t dropped off the face of this earth, and that there’s some good stuff coming your way thanks to my colleagues…just as soon as I have the time and mental capacity (that darn sleep deprivation again) to post it. Thank you for being patient and sticking around during this hopefully short-lived blogging drought!

I celebrated Mother’s Day as an almost-mommy, but Zach was lucky to get the full blown Father’s Day experience! He took this photo the morning of, as we were all relaxing in bed before starting our day.

We hung around the house for most of the day, and being the sweet wife that I am, I even dressed Parker in Cubs gear to make his daddy happy. Unfortunately for Zach, the outfit didn’t last long as Parker had a little accident while I was changing him later on — he might turn out to be a Cardinals fan after all ;)

We spent the afternoon with my parents and had a little cookout to celebrate the dads and grandpas. All in all, it was a really nice Father’s Day — just another “first” in our lives as new parents!

It’s insane how fast the first week of Parker’s life has flown by. The first two days are a bit of a blur, as they were spent in the hospital where we were up pretty much around the clock and just learning the basics of caring for a newborn. Needless to say, we were excited to get out of there and come home!

Those first few days were a BIG adjustment. Parker is the new boss around here and dictates when we feed him, when we sleep, and when we find time to attend to everything else going on in our lives (which isn’t much nowadays!). Luckily, our family has been awesome and has brought us food, helped out around the house, and of course, held and changed Parker so that I can get naps in here and there. My mom has been here just about every day — she and Parker have become best buddies :)

Although most of our time is spent just hanging out at home, we have managed to get out of the house a few times. Parker’s first outing was a trip to Target, and then the next day we went for the very first spin in his new stroller. On Thursday he had his newborn photo session, and on Friday we took him to his first pediatrician appointment. Busy week!

It is so much fun getting to know this tiny little baby, and I have honestly fallen in love with him more with each passing day. Life is definitely much more complicated now that he’s here, but I can’t imagine it without him after just a week. 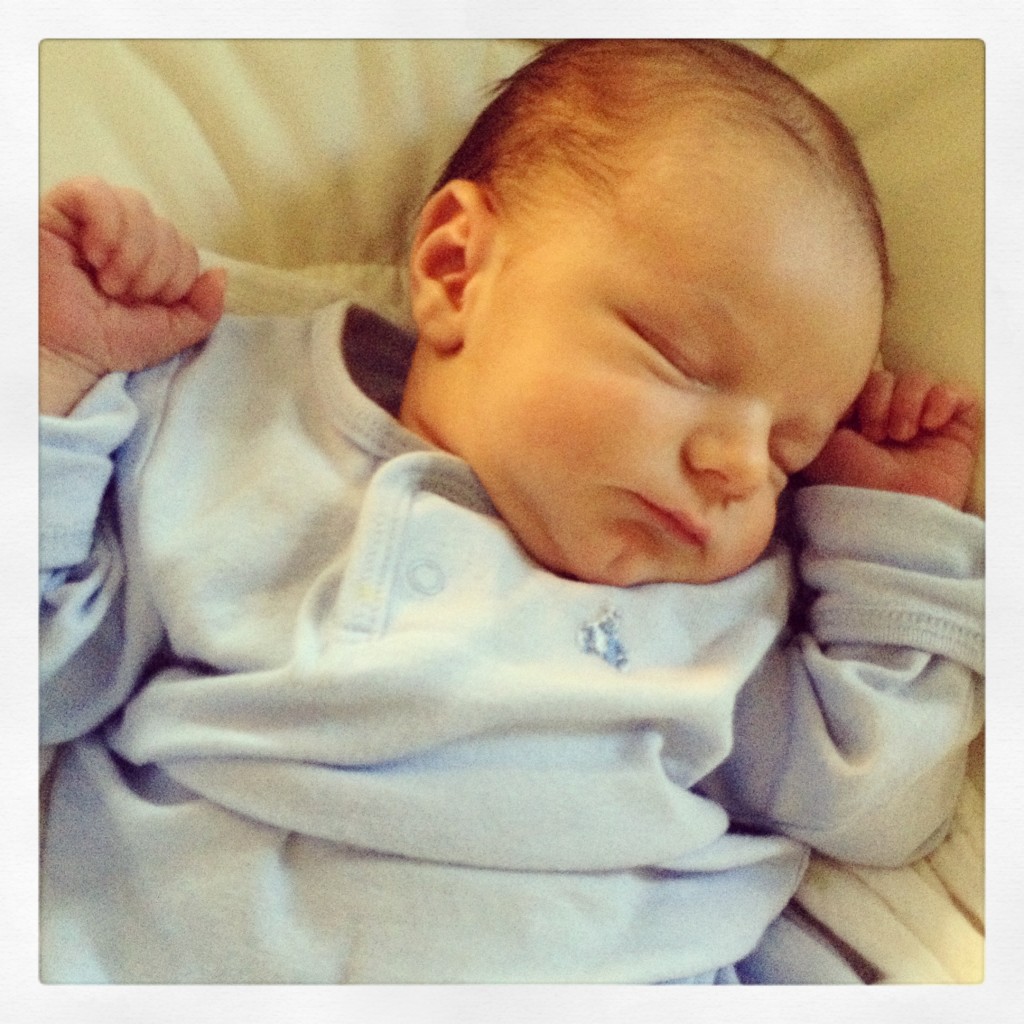 After spending two days in the hospital, we were able to come home and settle into our new life as a family of four (that includes our golden retriever, Sadie, who is adjusting to our new addition incredibly well).

Although it’s only been a week, I can hardly remember life before becoming a mom. Parker has been such an incredible blessing to our lives already, and I know that life will only continue to get sweeter with him in it.

I’ll be writing about Parker and motherhood in general here at Listen & Learn on occasion, but for lots more about our baby boy — including the story of his birth — feel free to pop over to my family blog. Thank you for all the support you’ve offered as I embark on this new journey!

Like his mommy, Parker likes to be early — he proved that by making his appearance 6 days before his due date! But after 30+ weeks of documenting my growing belly, we couldn’t let the series end without taking one final photo for week 40. And posing with Parker was infinitely more fun than doing so with any fruit or vegetable.

We spent the morning of Parker’s due date at his one-week pediatrician appointment, where he checked out perfectly! He has already gained back the few ounces he lost after he was born, thanks to being such a great eater. We both got incredibly lucky as far as breastfeeding goes; he took to it naturally on day 1.

I’m so happy that we were able to have this “bonus” week with Parker…I think I would have been going crazy with anticipation had I spent one more week pregnant!