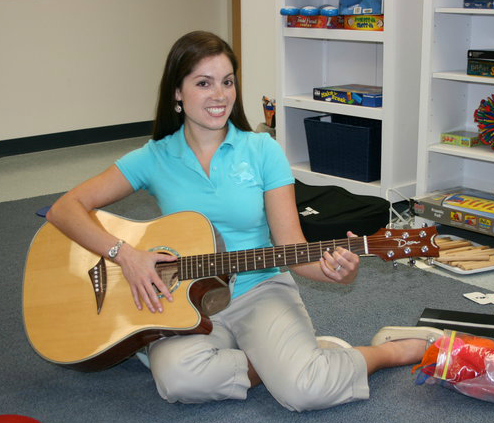 July 2007 was a good month. I got engaged to my now-husband, and then just a few days later, passed the board certification exam to become an official board-certified music therapist. This photo was taken the following month — the earliest one I have in a work setting with those four letters (MT-BC) behind my name.

These past 10 years have been full of learning, growing, and stretching myself in ways I never though possible. I thought it would be fun to take a little trip down memory lane, highlighting my music therapy journey from the beginning to where I am now.

END_OF_DOCUMENT_TOKEN_TO_BE_REPLACED 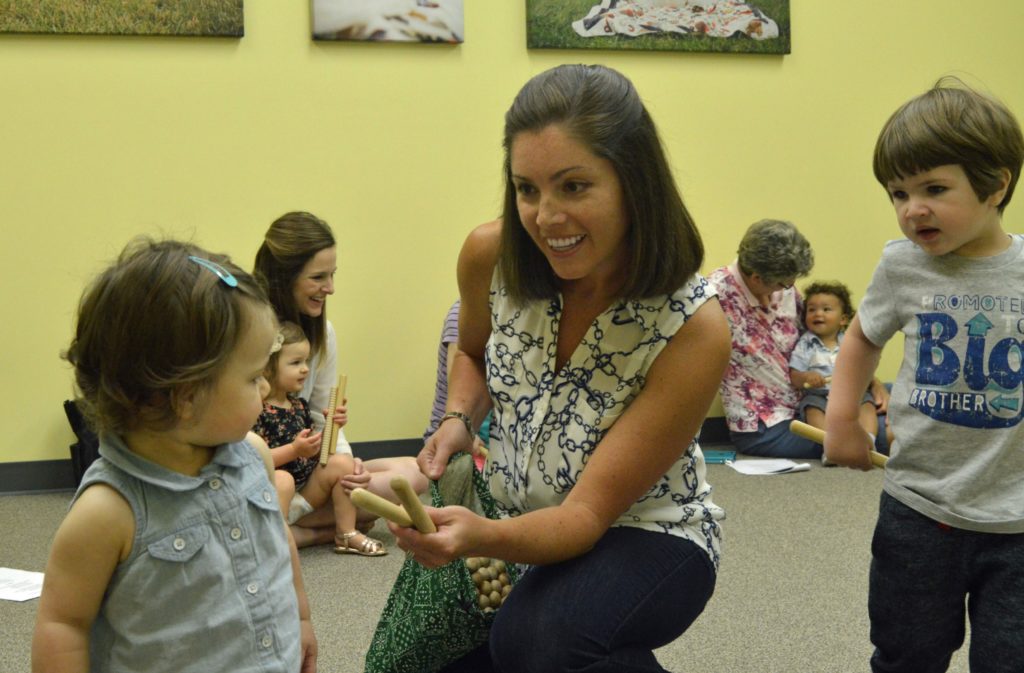 Rhythm sticks are a go-to instrument in our music therapy sessions and classes. They’re not colorful and interesting-looking like some of our other instruments, but they are super versatile and can address so many important skills.

Another benefit of rhythm sticks is that they’re inexpensive, so we always have enough on hand to that everyone can play at the same time, no matter how big our group. We buy these in bulk.

Since we use our rhythm sticks so often, I’m constantly writing new songs specifically for them. It’s been awhile since I shared a song round-up, so here are 8 of my favorite stick tunes for working with children.

END_OF_DOCUMENT_TOKEN_TO_BE_REPLACED 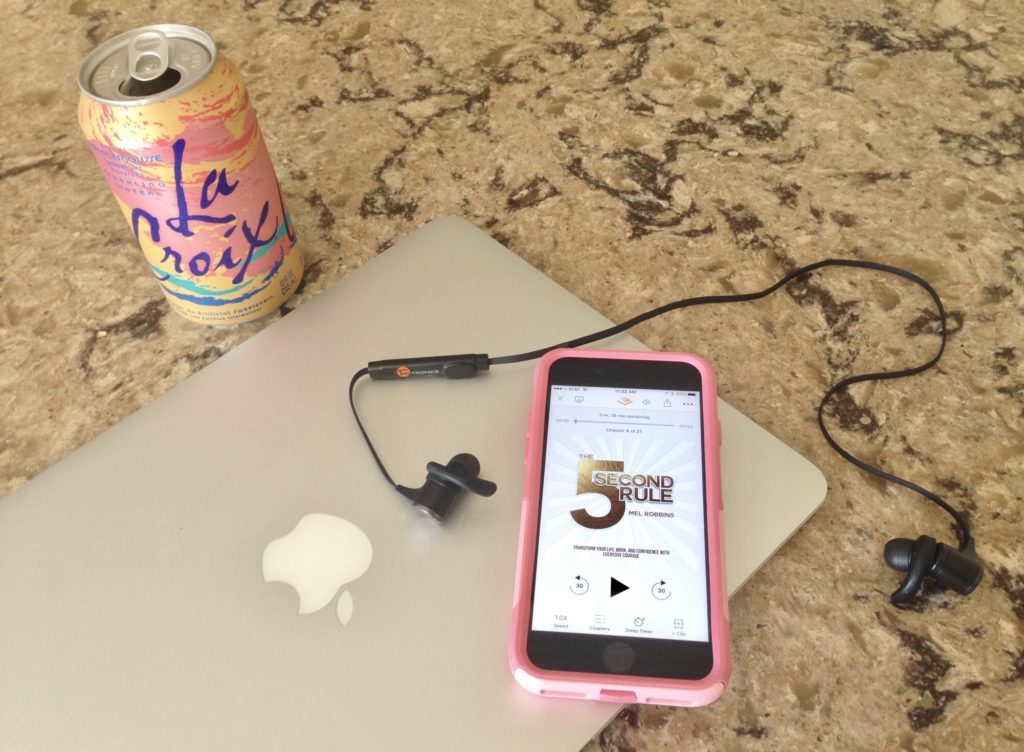 Recently I was having a FaceTime conversation with my friend Jocelyn, when she mentioned this audiobook to which she had been listening. “It’s called The 5 Second Rule,” she said, which immediately brought to mind the rule that dropped food is acceptable for consumption as long as you pick it up within 5 seconds. #momlife

But then Jocelyn went on to explain the basic premise of the book: that you can get yourself to take action on any task by counting backwards from 5. I liked the concept, but I was confused as to how it warranted an entire book. Despite my skepticism, I used one of my Audible credits to download the audiobook version, and stated listening after we hung up the phone.

END_OF_DOCUMENT_TOKEN_TO_BE_REPLACED

“Since When Are You an Introvert?” 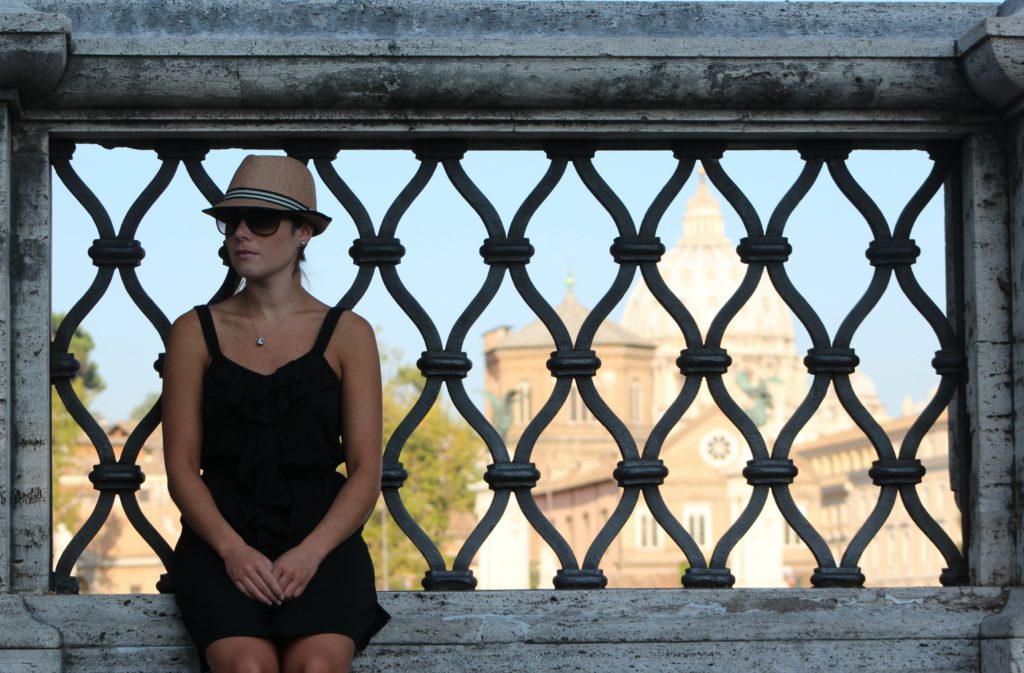 It was my dad, of all people, who asked me this question just the other day.

“But how can you be an introvert? You’ve been performing in front of people your whole life. That doesn’t seem very introverted to me.”

That’s when I had to debunk the common misconception that being an introvert means being shy and uncomfortable around other people. I explained to my dad that while I have no problem getting up on a stage and singing, it’s the interaction with many people before and after that completely drains me and necessitates time alone to recharge afterwards.

END_OF_DOCUMENT_TOKEN_TO_BE_REPLACED

How We Maxed Out Our Summer Music Classes 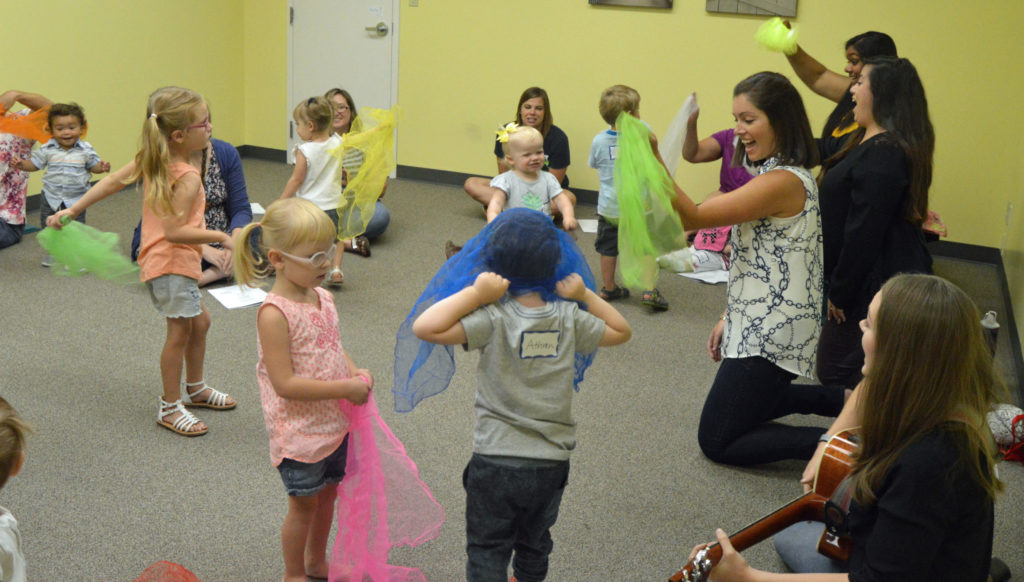 When we first started offering early childhood and preschool music classes, there were 2 options: a morning class and an evening class. And before every session, I worried that we wouldn’t have enough families sign up, and we would have to cancel a class.

Thankfully that never happened, although there were plenty of sessions with small class sizes throughout those first few months. But with each session, we learned what worked (and what didn’t) when it came to filling classes. Over the last two years, we have consistently filled 5 different classes per session — a huge feat considering where we started.