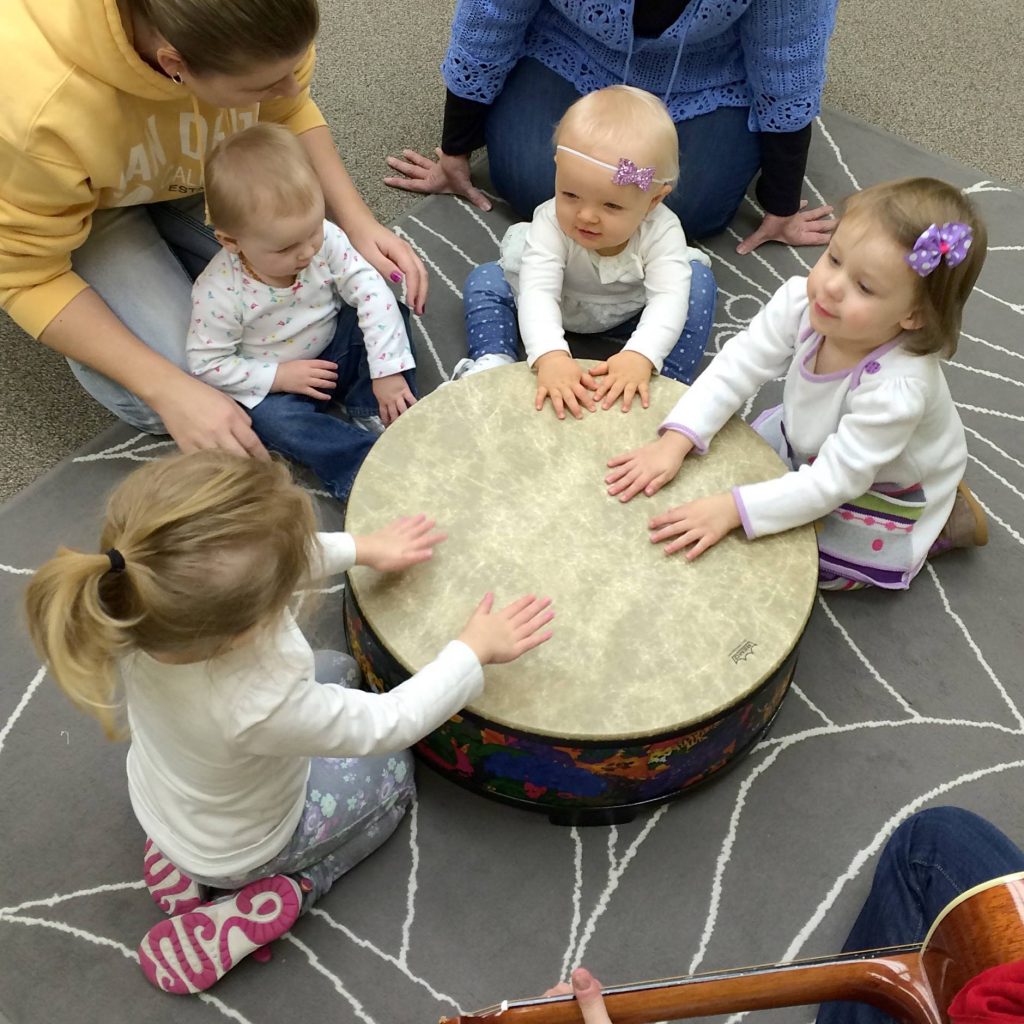 When I first started offering early childhood music classes, the planning process seemed completely daunting. I could handle the marketing, registration, and implementation just fine, but when it came time to plan a new session, I was overwhelmed with anxiety.

I doubted every decision I made when it came to choosing songs, instruments, order of activities, and so on. But with each class I put together, I learned vital lessons and began to trust my skills as a trained professional.

At this point, I’ve planned dozens of classes, most of which are a huge hit with both parents and children — thanks to these 5 principles I follow every single time.

1. Only include songs you LOVE.

This rule might seem a bit self-serving, but it makes all the difference in the world between a “meh” class and one where everyone leaves with a huge smile on their faces.

Here’s the thing: I’ve planned a LOT of classes that were chock-full of songs that were great for targeting specific objectives and eliciting certain outcomes, but actually singing them didn’t bring me any joy. Although I’m sure my kiddos and their families didn’t notice, I could feel the difference in the way I led those songs. I even dreaded some of them, which took away my excitement for teaching class.

When I started choosing only songs that I could sing again and again and still enjoy them, I looked forward to each and every class. I felt energized and joyful instead of having to psych myself up. When you as the teacher are enthusiastic about the music, you pass that feeling on to everyone in the room.

2. Use at least a few familiar songs.

Another mistake I’ve made in the past was feeling pressured to write or find all new songs for every single session. I didn’t want my families to feel “cheated” when I repeated a song from a past class, or a familiar song they already knew well.

It wasn’t until I had a parent actually thank me for bringing back songs I had used in class before that I realized how beneficial this is. Not only can everyone participate more readily in class, but parents can keep the music going at home throughout the week since they already know some of the songs.

Additionally, you benefit as the teacher, because you have fewer new songs to learn and memorize prior to the start of class! This is huge when you’re already feeling overwhelmed with everything else that comes along with starting a new class session.

3. Keep yourself in mind when determining song order.

My least successful classes have been those that I took myself out of the equation for when planning song order. Whether it was putting two physically demanding songs back to back, or a song I didn’t feel confident about right at the beginning, or too many songs with guitar in a row, a poorly planned flow (from a teacher’s perspective) can really throw things off.

4. Rehearse your songs in advance and have them (mostly) memorized.

Are you ready for a confession? Here goes…there have been times when I didn’t play through my songs until the night before (and sometimes even hours before) the start of a new class. This is a bad, bad idea that results in a not-so-stellar class.

I’ve been teaching early childhood music classes for quite some time now and have been able to get away with it, but I know I’m cheating both myself and my students out of having the best possible experience when I don’t take the time to really learn the songs (including those I’ve written myself).

The other thing to consider is that you might not always have access to your music. When you’re leading a movement song, you won’t have your song binder in front of you. The same is true if one of your little students shuts it mid-song or steals it from you — this happens in almost every class of mine!

So the moral of the story is to spend some quality time with your music. Practice playing and singing each song until you have it memorized, or at least know it well enough so that if you need to improvise, it doesn’t throw you off during class.

5. Have a backup plan for when songs and activities don’t go as planned.

Spoiler alert: everything will NOT go as planned when it comes to making music with children under the age of 3. That’s just a fact. So although you may have the best-laid plans for how to implement each and every song, you should also have a plan B. And probably a plan C, too.

This is particularly true when it comes to instrument songs, passing songs, and movement songs. There have been times when a song has just completely flopped in class, and because I didn’t have a backup plan, it made for a super awkward situation.

So have different or extra instruments, alternate props, modified dance moves or movement directions, and even other songs in your back pocket, just in case.

There are countless factors to take into consideration when it comes to planning a successful early childhood music class, but I have found that when I follow these guidelines, everything else starts to fall into place.

One last thing: a good hello song can set the tone for a great class, and a good farewell song can help you end class on a great note. I want to share with you both a greeting and goodbye song I’ve written and love using in my classes.