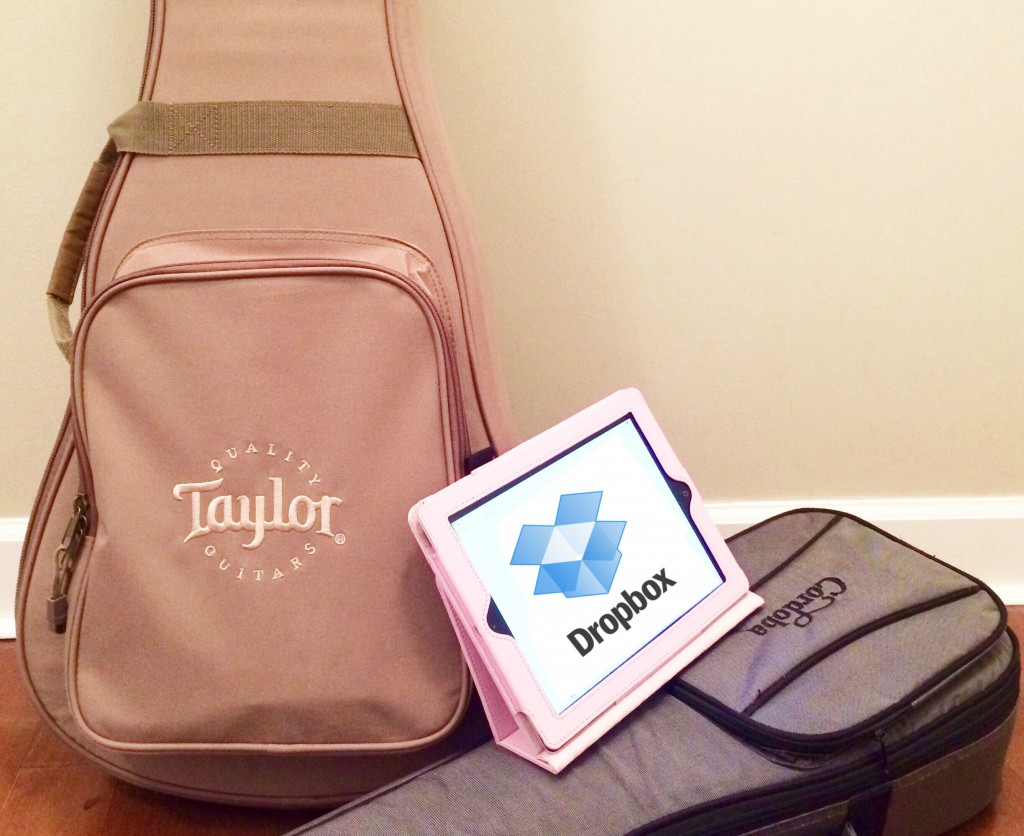 I used to have a whole shelf of binders filled with songs I had written and collected over the years. When I planned my music therapy sessions, I would go through those binders, most of which were organized by song topic, and pull out pages to practice or take with me into sessions.

Most of you can relate when I tell you how frustrating that was. It was time consuming, the papers always got misplaced or shuffled around, and then there was the chore of putting them away afterwards.

Thankfully, as technology evolved, so did my repertoire collection. Over time I either scanned or imported all of my music into files on my computer, but I still found myself doing a lot of printing in preparation for sessions. That changed as soon as I got my first iPad in 2011; I used several apps that allowed me to not only store and organize my music, but also access during a session.

Surprisingly, though, my #1 go-to app is not music-specific. It doesn’t cost a dime, and most people already use it (though most likely not to its fullest potential). Dropbox has literally changed my professional life, you guys. The title of this post is not an exaggeration.

I store my entire hard drive on Dropbox. Every last file. By doing so, I can pull up any document whether I’m at my computer, another computer, or using a mobile device. This includes my entire repertoire collection, which as you can imagine is pretty sizable considering the sheer volume of songs I’ve written myself. I also use tons of music that I’ve purchased over the years, all of which is saved in Dropbox as well.

Having my entire collection with me at all times comes in super handy as far as planning goes, because I can listen to a song, pull up a lead sheet and practice anywhere, and then have it on my iPad right in the session if I need it. I also have my visual aides saved there, so most of the time I just use my iPad to view them with my client(s) during a session.

I used to get so frustrated when I didn’t have the song I needed with me, but that never happens anymore. Even though I spend less time preparing for sessions, I actually feel much more prepared going into them because I know I can access songs on the fly as needed. Game changer, I tell you.

I’ve been using this system for a couple of years now, so it’s sort of hard to believe that I didn’t think to implement it over at Listen & Learn Plus my premium site where I share resources for music therapists, until this month. I actually have my friend Amy to thank for helping me connect the dots: she just recently joined and told me that in all honesty, she hadn’t used the site very much yet because she lacked the time to figure it out and download the materials.

That was a red flag for me. I knew then and there that I needed to make a change in order for Listen & Learn Plus to be as accessible as possible, especially now that we live in such a mobile-based world. Thanks to my conversation with Amy, it is now super easy to pull up the hundreds of songs, downloads, and other resources on my site no matter where you are…because I have implemented the very same system I use myself. Dropbox, baby.

I strongly encourage other music therapists to hop on the Dropbox bandwagon and have all of your music therapy materials at your fingertips. It has made me a much more versatile and effective practitioner, for sure. And if you are interested in giving your repertoire collection a HUGE boost (I’m talking hundreds of songs and resources), then I hope you’ll consider joining Listen & Learn Plus.

Do you already use Dropbox in your music therapy practice? I love it so much that I’ve been brainstorming even more ways to utilize it both in my practice and in other areas of my professional life. Please share your ideas with me!