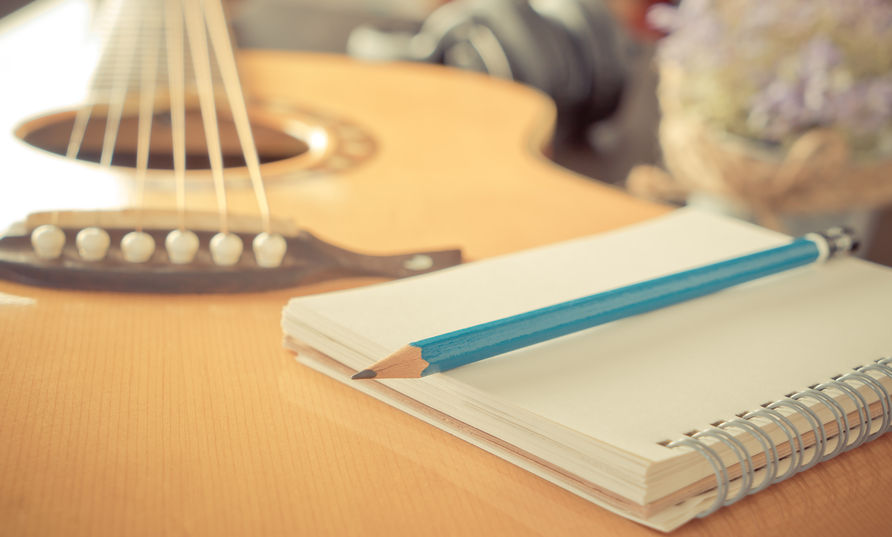 Back before I ever even considered called myself a songwriter, I made up piggyback songs. I learned this term while studying music therapy in graduate school, and quickly found out how handy they were, especially when working with children.

Piggyback songs are much easier to write than completely original songs, because there is already an existing melody. Sometimes I would change just a few words, while other times I would completely rewrite the entire lyrics; it just depended on how and with whom I planned to use the song.

As I began dipping my toe into the water of original songwriting, I used piggyback songs less and less. But I still get plenty of mileage out of them, and my students and clients love them, too.

When I shared my adaptation of “Under the Sea” recently, a colleague posed this question:

“Can you educate me a bit? How do you publish these without infringing on rights? I love adaptations and would like to know how you do it!”

This isn’t the first time I’ve received this question, and the answer is a bit complicated, so instead of replying just to her, I decided to turn it into a blog post.

Song adaptations, especially those written for the purpose of music therapy, fall into a bit of a grey area. In order to legally record and publish a cover song, you simply obtain a mechanical license and call it good.

However, because in most cases I am changing up the words instead of just covering an existing song in its original form, my adapted version might be considered by some to be a derivative work. Technically, in order to publish a derivative work, you must acquire permission from the original publisher before distributing your new version.

Getting permission from a publisher isn’t an easy task, as I found out the first few times I went about trying to do so. In fact, not once did I receive a response to my inquiries. So in the meantime, I purchased a mechanical license, as I would for a traditional cover song.

Purchasing a mechanical license is very easy and relatively inexpensive (usually around $30 per song). I use the website Loudr to do so, and it only takes a few minutes to fill out the application.

I have continued to obtain mechanical licenses for my song adaptations, despite the fact that I am making changes to the lyrics (and in some cases, melody) for the purpose of working with students and clients. But after doing a bit more research following my unsuccessful attempts at getting publisher permission, I learned about fair use and transformativeness.

Fair use is a legal doctrine that promotes freedom of expression by permitting the unlicensed use of copyright-protected works in certain circumstances. Transformative uses are those that add something new, with a further purpose or different character, and do not substitute for the original use of the work.

My recorded song adaptations certainly are not meant to substitute the original version of the song, as is almost undoubtedly the case for any music therapy adaptation. I do think they give further purpose to the original in that they are used to help meet goals within the context of a music therapy session or educational setting.

I don’t distribute my song adaptations on a large scale, outside of sharing them on my own social media and making them available for purchase on my website. I do profit from the sale of downloads, which is why I continue purchasing mechanical licenses, even though technically my adaptations are not cover songs.

I am by no means a copyright law expert, and all the research I have done (including consulting a lawyer) has led to the same “gray area” non-conclusion. But I’m happy to share my own experience and practice in the hopes that it will answer your questions and potentially serve as a model in the case that you are interested in publishing your own song adaptations.