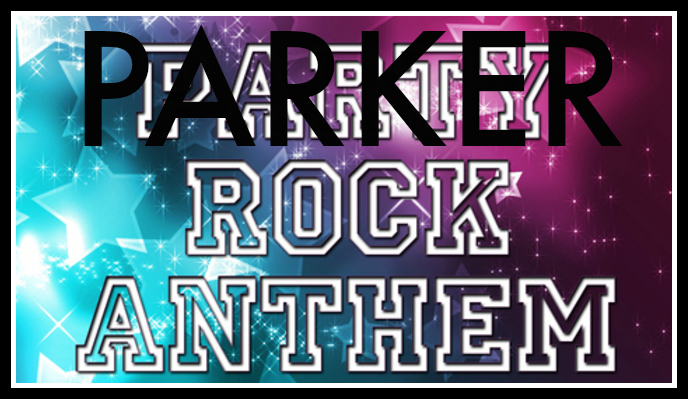 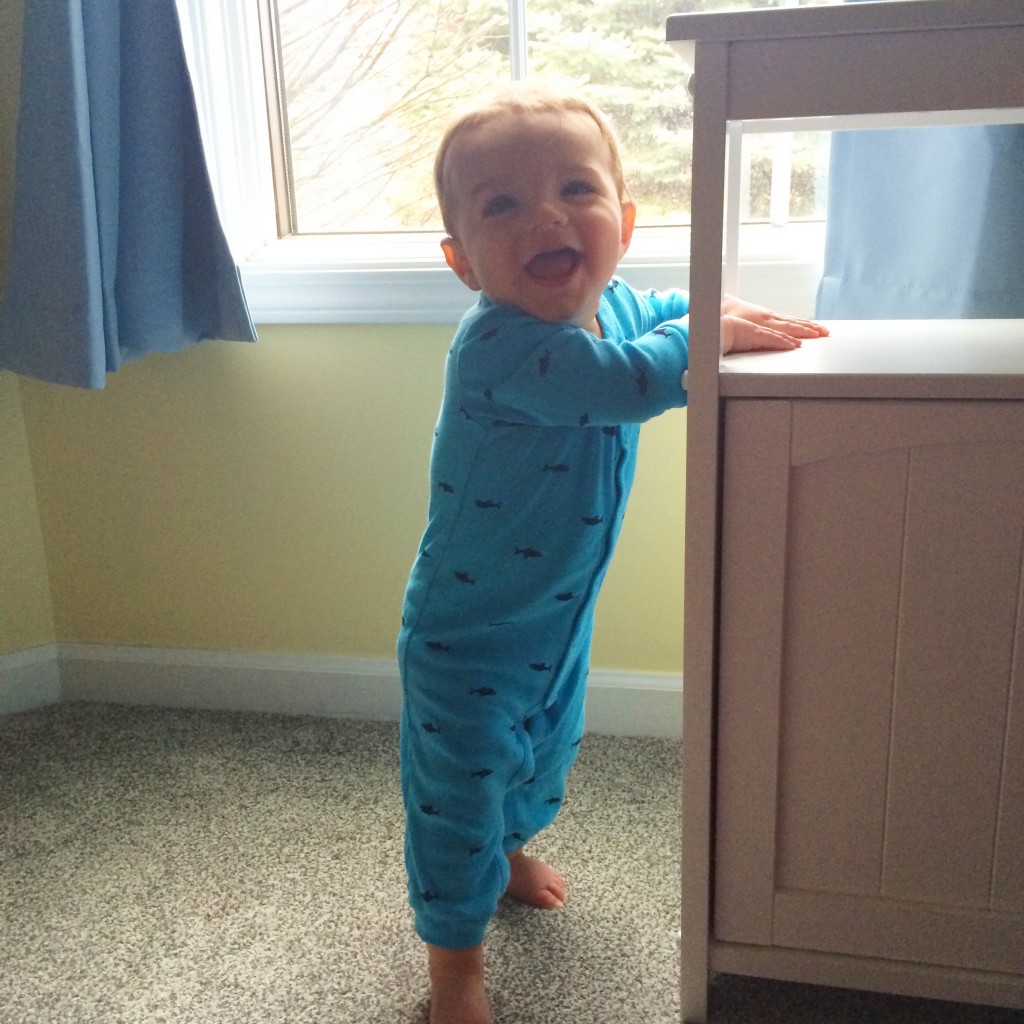 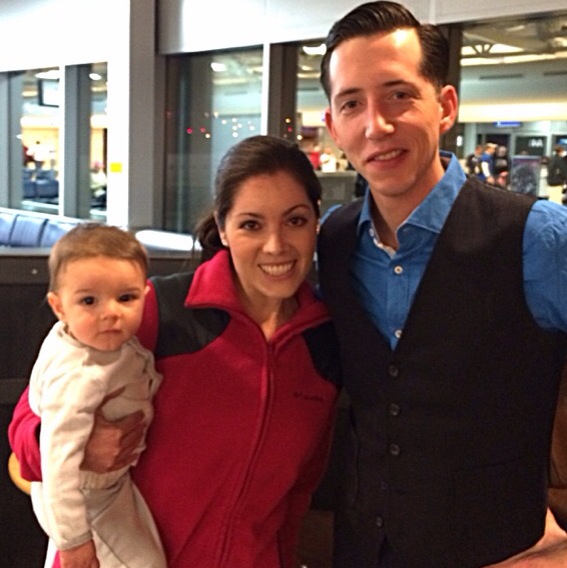 There we were, in the St. Louis airport Starbucks across from our gate at 5 am, when I leaned over and whispered to my husband, “I think that’s Pokey LaFarge!”

“Pokey LaWho?” was his response. But he encouraged me to go over and say something to him, so I did (with baby Parker in tow). I was right; it was indeed Pokey, and we had a nice conversation about how I’d seen him play in Springfield a couple years ago.

To answer Zach’s question, Pokey is a musician whose style is a blend of mix of early jazz, string ragtime, country blues and western swing. He has a very unique sound that had me hooked immediately; in fact, his song “La La Blues” inspired me to write my own La La Song.

At the end of our conversation, Pokey came over to where we were sitting and introduced himself to Zach, and they ended up having a ten minute conversation and soccer and travel. Before we left to board our plane, Pokey gave us a copy of his new CD. I think Parker is already a fan ;) 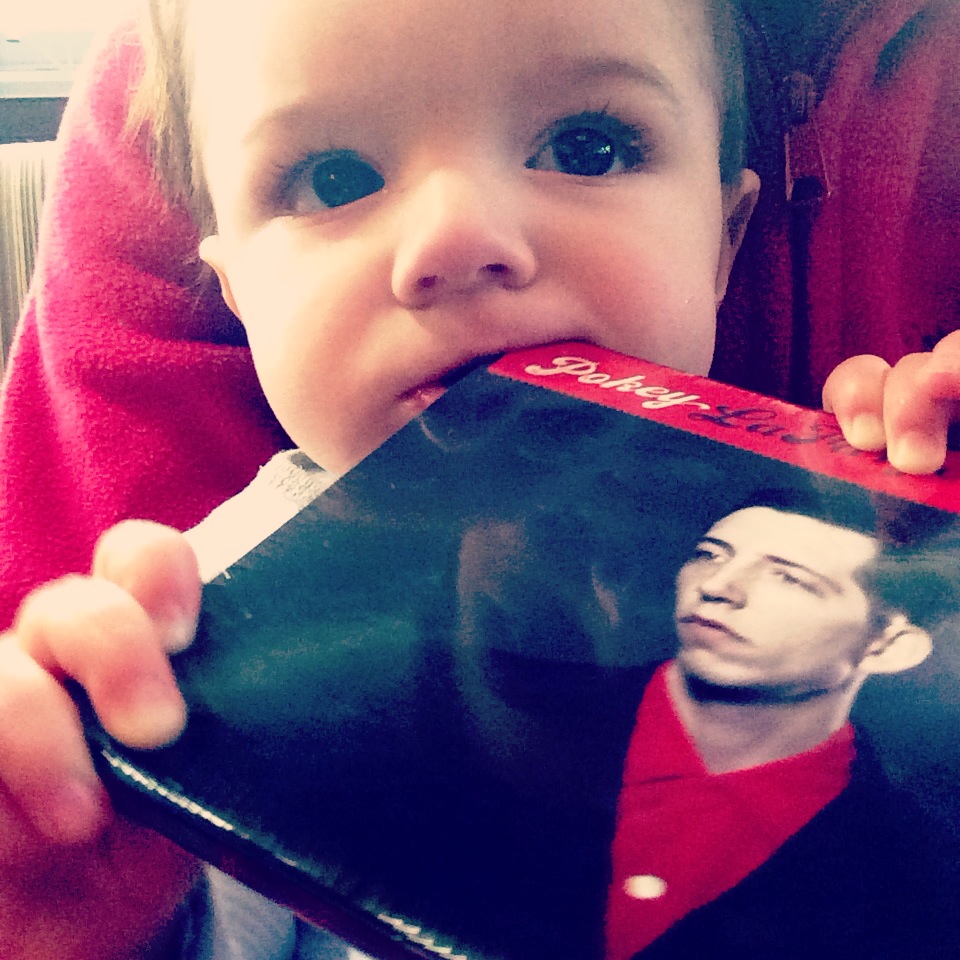 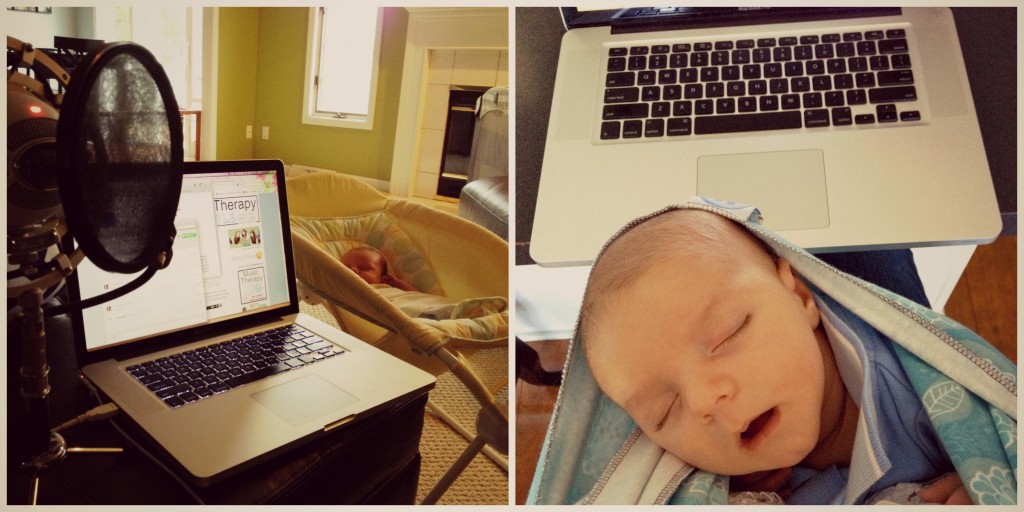 As I type this blog post, I’m alternating between drinking coffee and a green smoothie and hoping the baby stays asleep long enough to switch laundry from the washer to the dryer…because that’s my new normal.

“What can I do in this small window of time where I have two free hands and mobility without a baby in my arms or in a carrier?” This is the question I ask myself multiple times a day, either when the baby is sleeping or when my mom or husband is here. Usually, some type of house-related chore or a shower wins out, though on occasion I have a chance to sit down at the computer and type with both hands (a rare treat).

Slowly but surely, I am getting non-baby-related things done. A blog post here, emails answered there, and the occasional planning sessions in preparation for my return to work in September — I’m making progress while still enjoying my cute little guy. I’ve turned my living room into a makeshift office and even done work while Parker naps in my Moby wrap, as pictured above.

Oh, and I discovered that the best way to help him fall asleep is to sit down at the piano while wearing him in the Moby and sing a song; he’s usually out in less than a minute. A sleeping baby and practice time: double win!

I’m learning that being a mom is a juggling act, though of course my baby ALWAYS comes first. Because let’s face it, this sweet face is much more appealing than any work task I can think of. 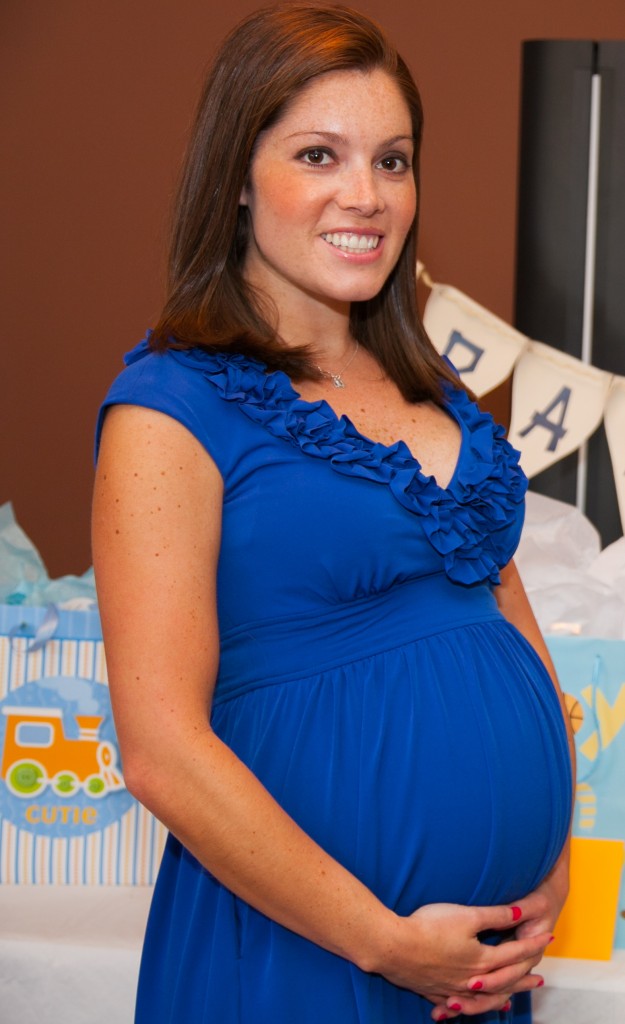 If you’ve followed this blog for a while now, then you’ve probably seen the evolution of my home studio. When my husband and I first purchased our house in 2009, I set up my studio in what quickly became my favorite room in the whole house. It made for a beautiful work space, and it stayed that way for 2 years. The studio looked like this: 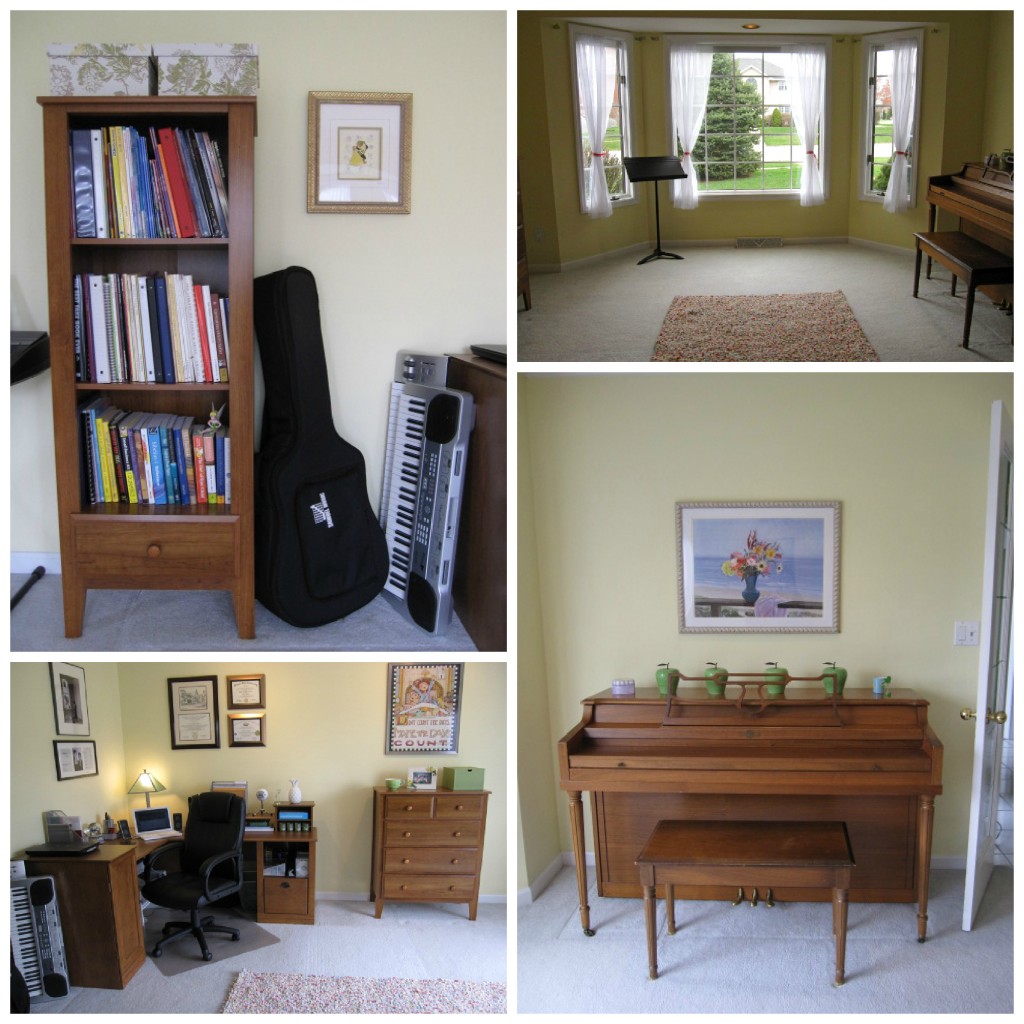 But when I decided to go into private practice full-time, my husband and I agreed that I needed to make some changes to my studio. Since I’d be working longer hours, it made more sense to have a studio that was separate from the rest of my house (so that Zach didn’t feel like he was intruding on my business when he came home).

We came up with the perfect solution — one that still allowed me to have a home studio, but offered a separate entrance and was closed off from the “home” part of my house. So in the summer of 2011, we renovated the two back bedrooms and turned it into my new studio.

After we moved out my studio, we talked about the fact that someday that room would make the perfect nursery. It’s right next to our bedroom, the space is bright and cheerful with lots of natural light, and like I said before, it’s my favorite room in the whole house. That time has now come, and the transformation has begun! Here is Baby Rambach’s nursery it in very beginning stages: 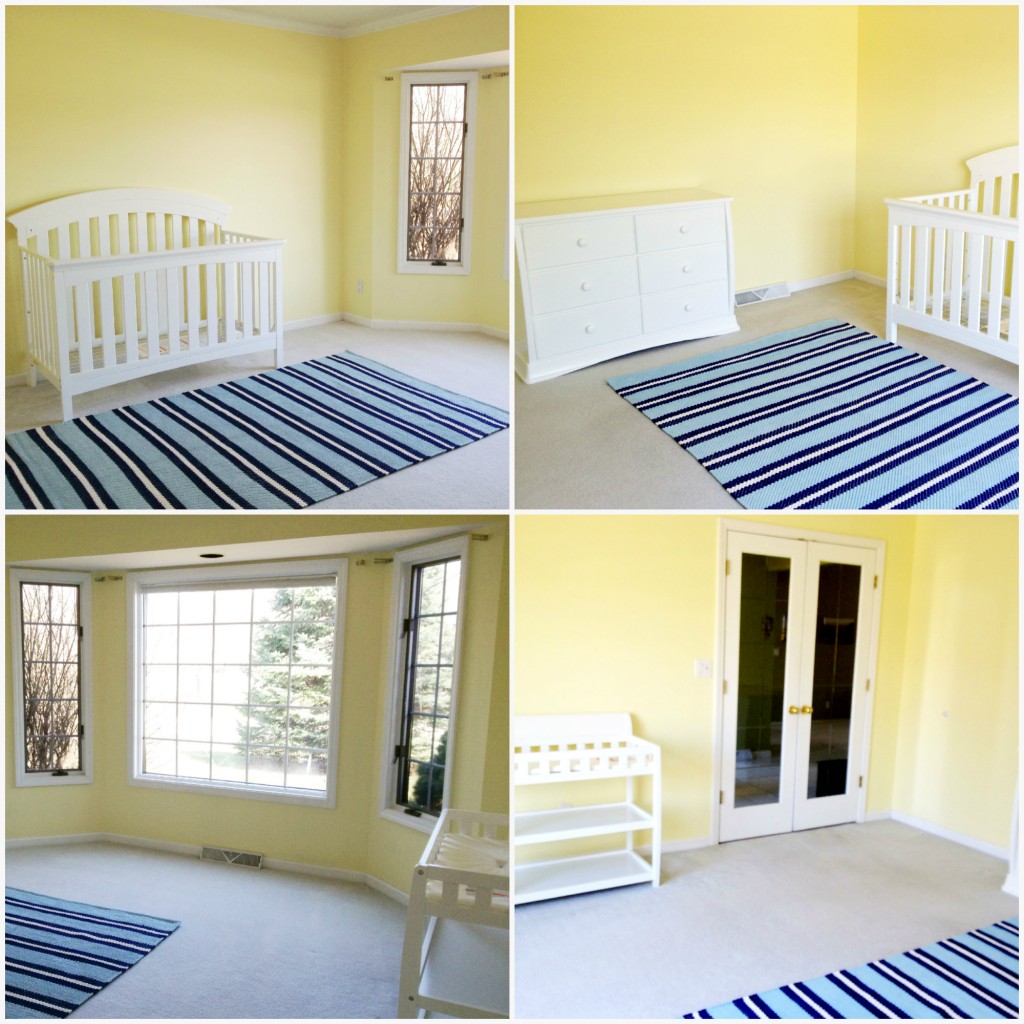 We’re still missing a glider, curtains, and of course, decor, but at least now we have a starting point! I’ve been collecting ideas for a nautical-themed nursery on my Pinterest board for a couple months now, and I’m so excited to bring those ideas to fruition (with the help of my female family members).

It’s pretty hard to believe that in just two short months, this will be home to a newborn baby. I’ve spent some amazing moments in this room, and I have a feeling there are many more to come.