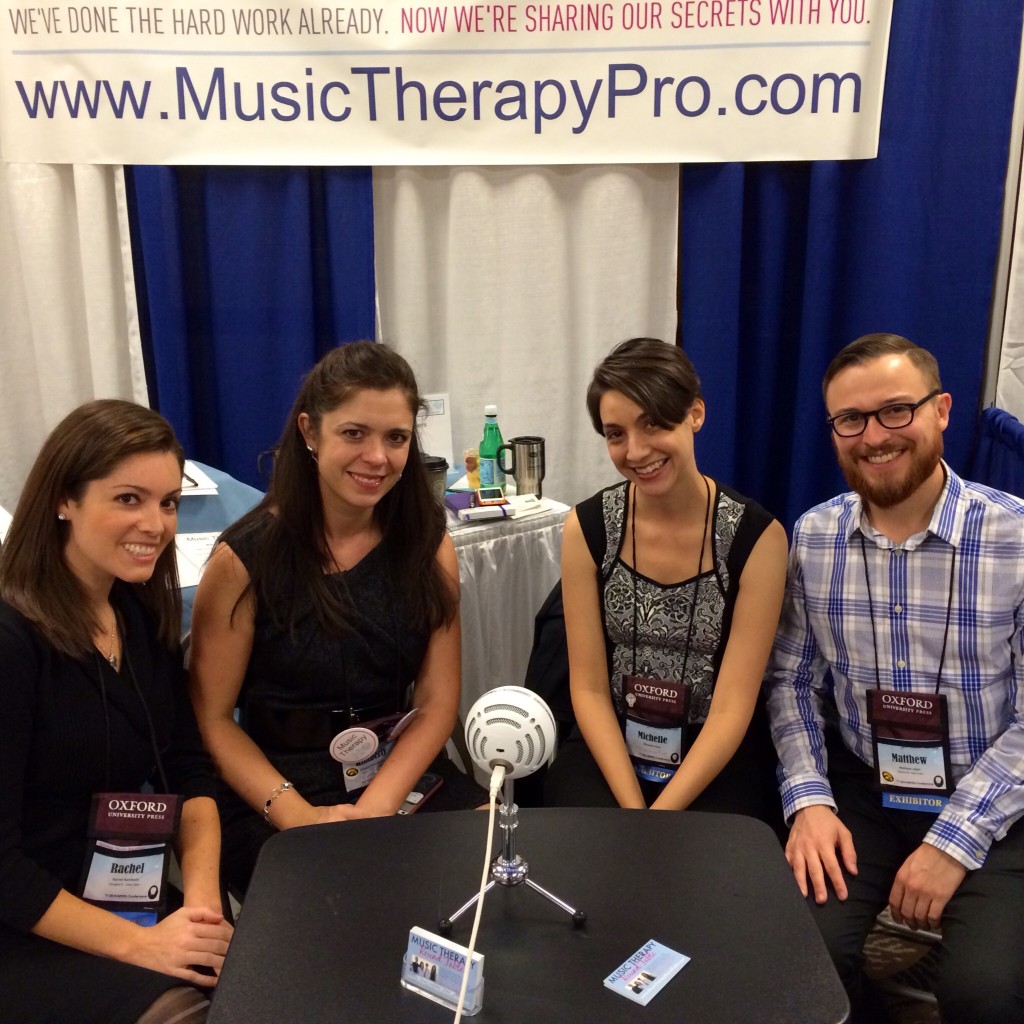 Last week I took a solo road trip to Louisville, KY for the 2014 AMTA national music therapy conference. As all conferences seem to go, it was a complete whirlwind of meetings, meals with friends, sessions, and exhibiting. Although it seems like just yesterday I was attending my first one in San Diego, I now have 6 national conferences under my belt! 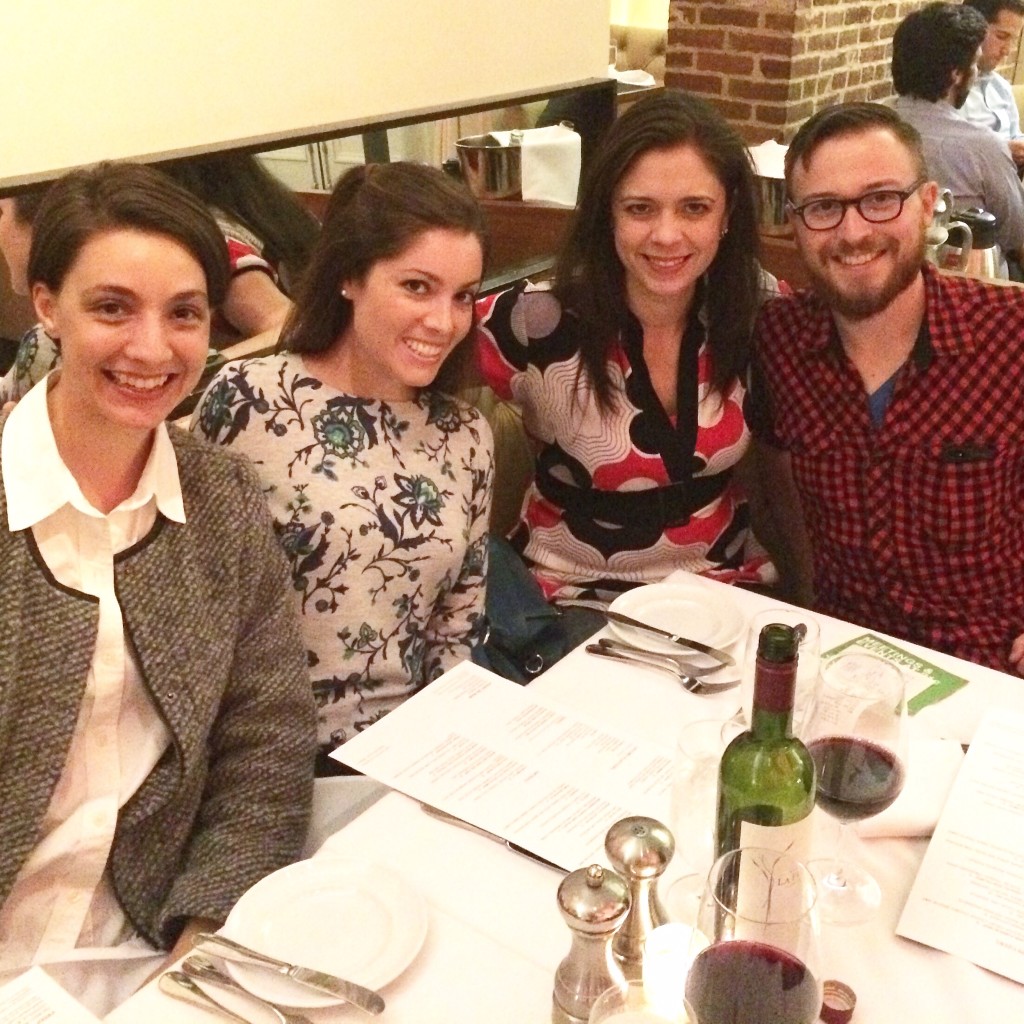 I arrived in Louisville on Wednesday evening, and the first item on my agenda was our annual Music Therapy Pro “fancy dinner”. This tradition started back in Cleveland ’10, and is one of my favorite parts of conference. Kimberly, Michelle, Matt and I ate at Proof on Main, which was ridiculously good. Almost as good as the company and conversation. 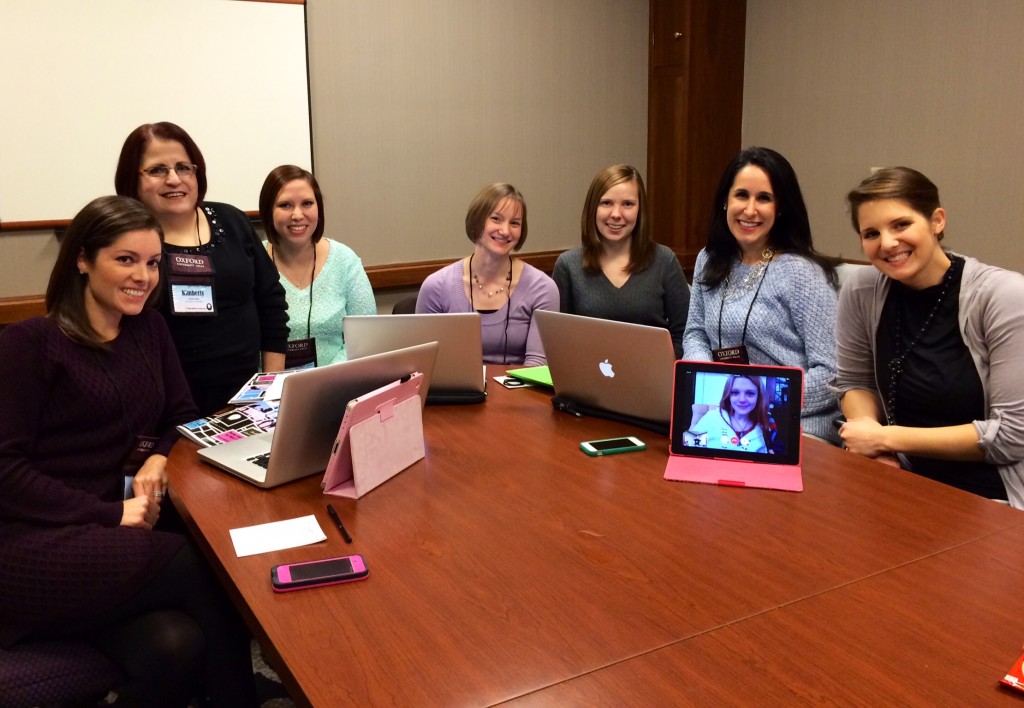 Thursday morning came quickly, since my technology committee meeting started at 8 am. I’ve served on this committee since 2011, and this was by far the most productive meeting we’ve had yet. There are some exciting things coming in the next year, which we actually wrote and filmed a video about during our meeting. Details coming soon! 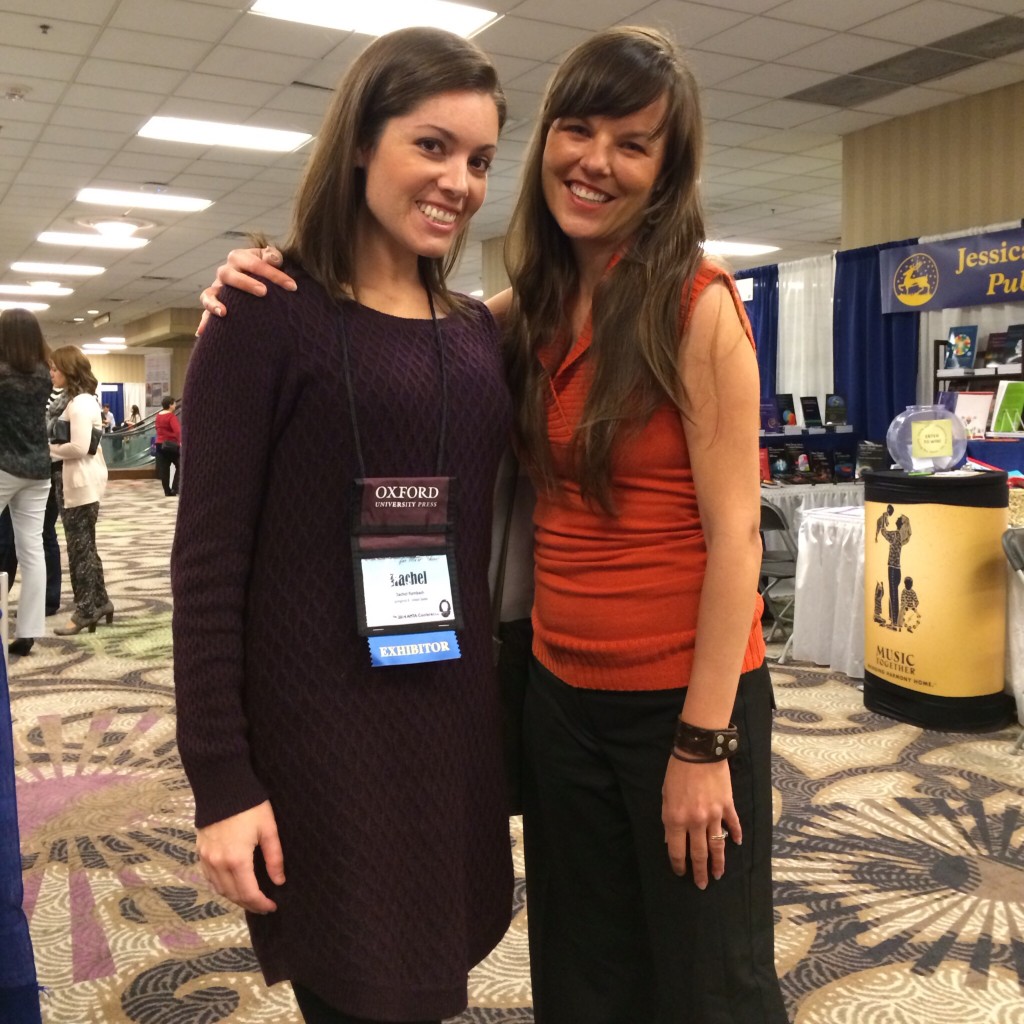 The majority of my time was spent in the exhibit hall, where Music Therapy Pro hosted a booth for the 4th year running. This is the best place to scope out familiar faces (including that of my friend CJ Shiloh, owner of Annapolis Music Therapy).

We were super lucky to score a prime location in the hall, right between Metro Music Therapy and Music Therapy Book Club. Music Therapy Ed was just down the row, as well. When I wasn’t visiting with my lovely booth neighbors, I was reuniting with old friends, making new ones, and spreading the word about all that Music Therapy Pro has to offer. 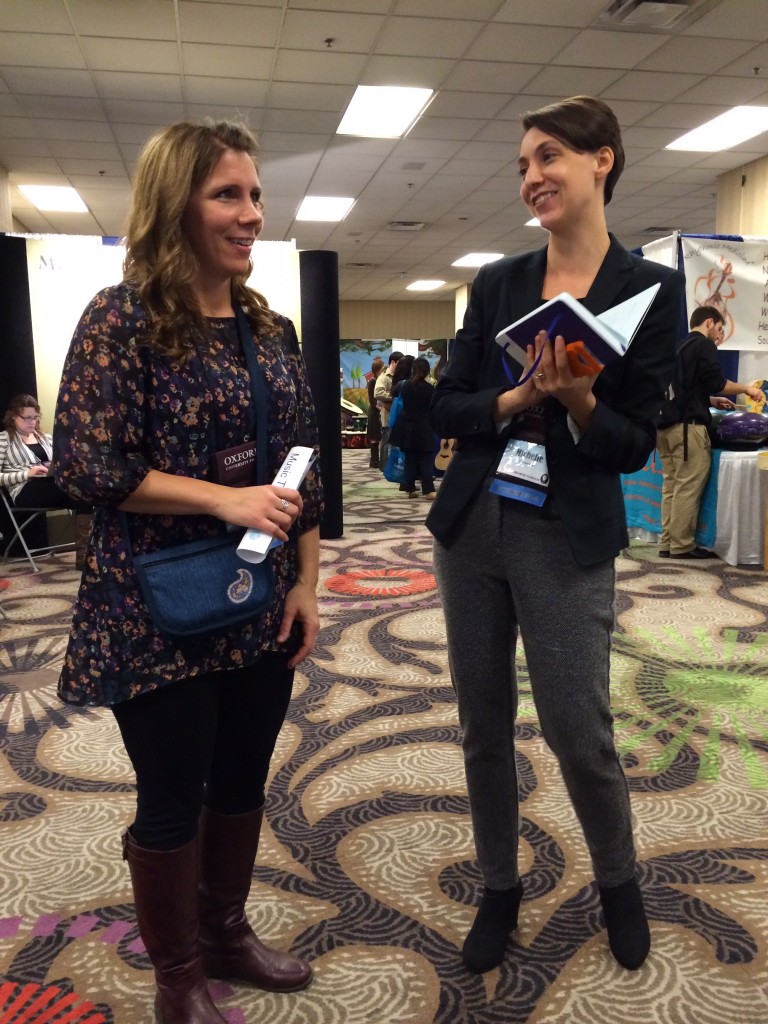 Michelle is our roving reporter, and spent much of her time interviewing music therapists for our mini-podcast, MT in 3. Among her interviewees were Jody Tucker, inventor of the Guitten, and Kat Fulton, curator of Music Therapy Ed. 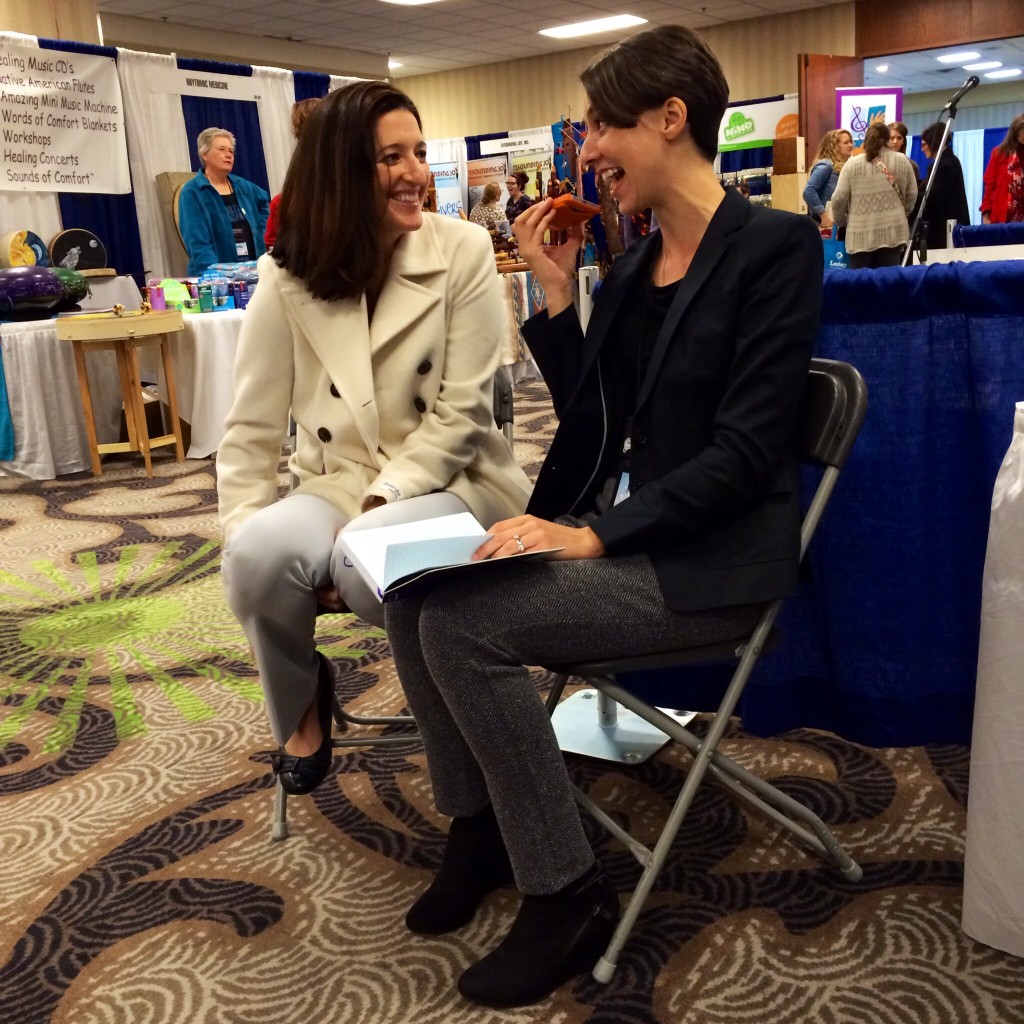 Even though I’ve been to quite a few conferences at this point, I still feel like a relative newbie in the music therapy world. So it’s pretty awesome to get stopped in the hall by people who have either read my blog, connected with me via social media, or have otherwise crossed paths with me virtually. Shout-out to Caroline West, who I ran into on the way to the exhibit hall Thursday night. 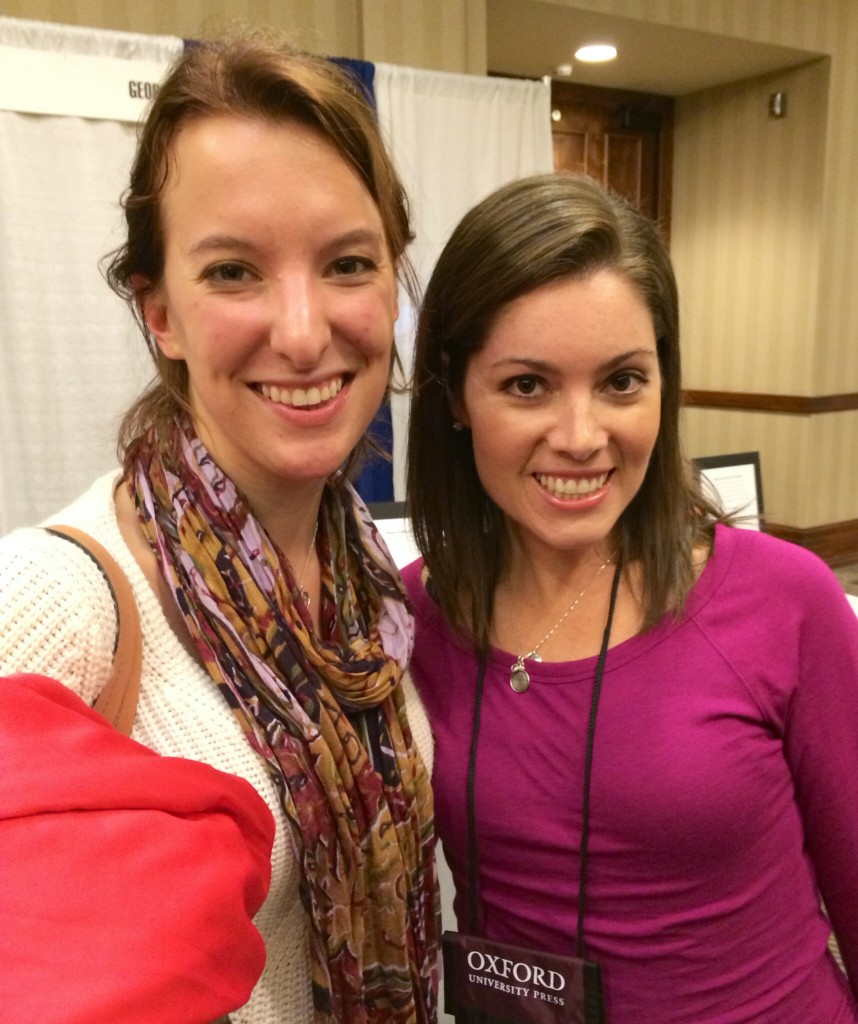 Of course, I have a list of people I can only hope to rub elbows with at conference — the “rockstars” if you will. Petra Kern is one of those music therapists who inspires me with her innovative and creative work; I had the chance to visit with her during the exhibit spectacular on Thursday.

Petra is a professor at the University of Louisville, and I had the opportunity to meet with a group of her students during conference this year. We spent an hour discussing private practice and music therapy entrepreneurship (a topic I could spend days taking about) for their senior project. That was a conference highlight! 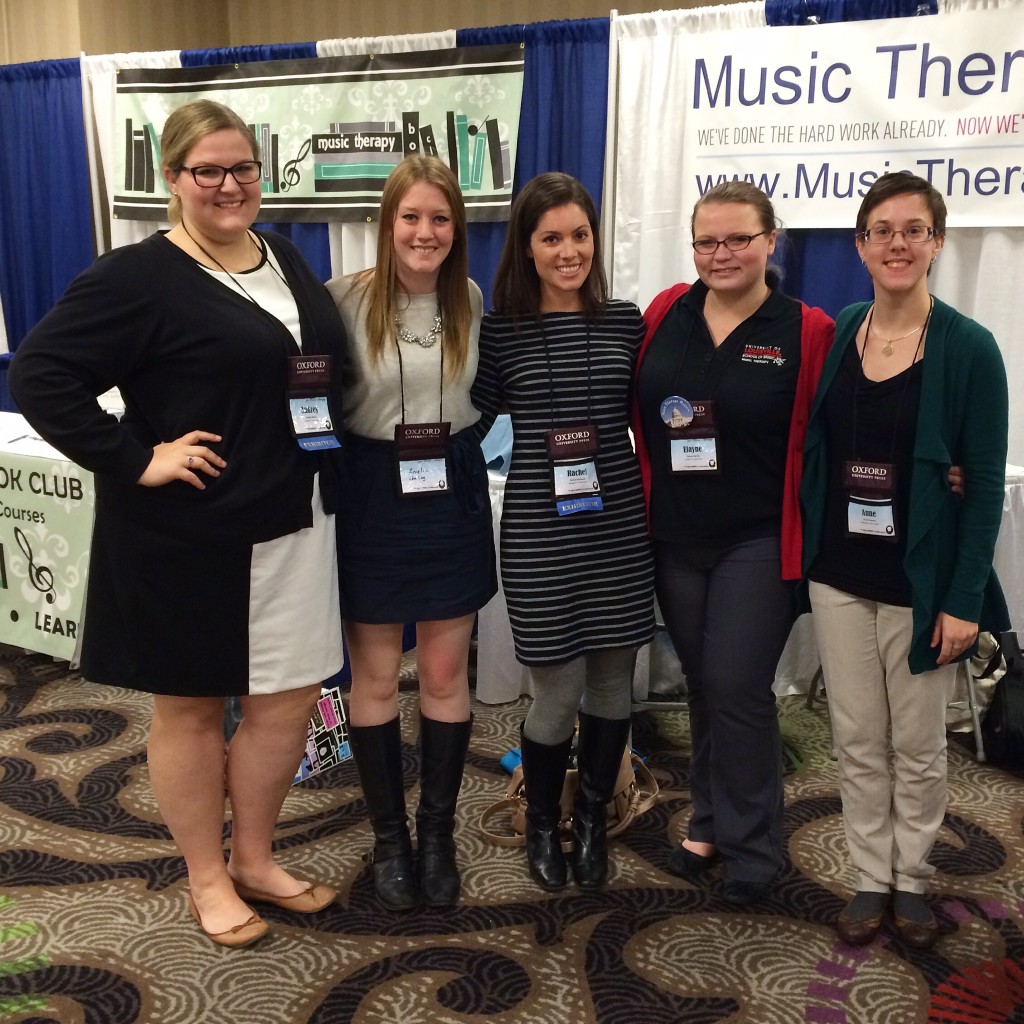 Speaking of conference highlights, there were lots of others: lunch at Hillbilly Tea with Michelle, Mallory Even, and Sarah Seo (our friends at Metro Music Therapy); Julie Palmieri’s “Enhancing Your Online Presence” session; music therapist mama talk with too many colleagues to name; lunch with Illinois task force members to discuss upcoming state recognition endeavors, and late-night powwows with my lovely roomies, Michelle and Kimberly.

All in all, it was a fantastic conference that left me exhausted, fulfilled, inspired, and recharged. I’m grateful to AMTA and the music therapy community for reminding me how exciting it is to be in this field, and I’m already looking forward to next year’s conference in Kansas City!