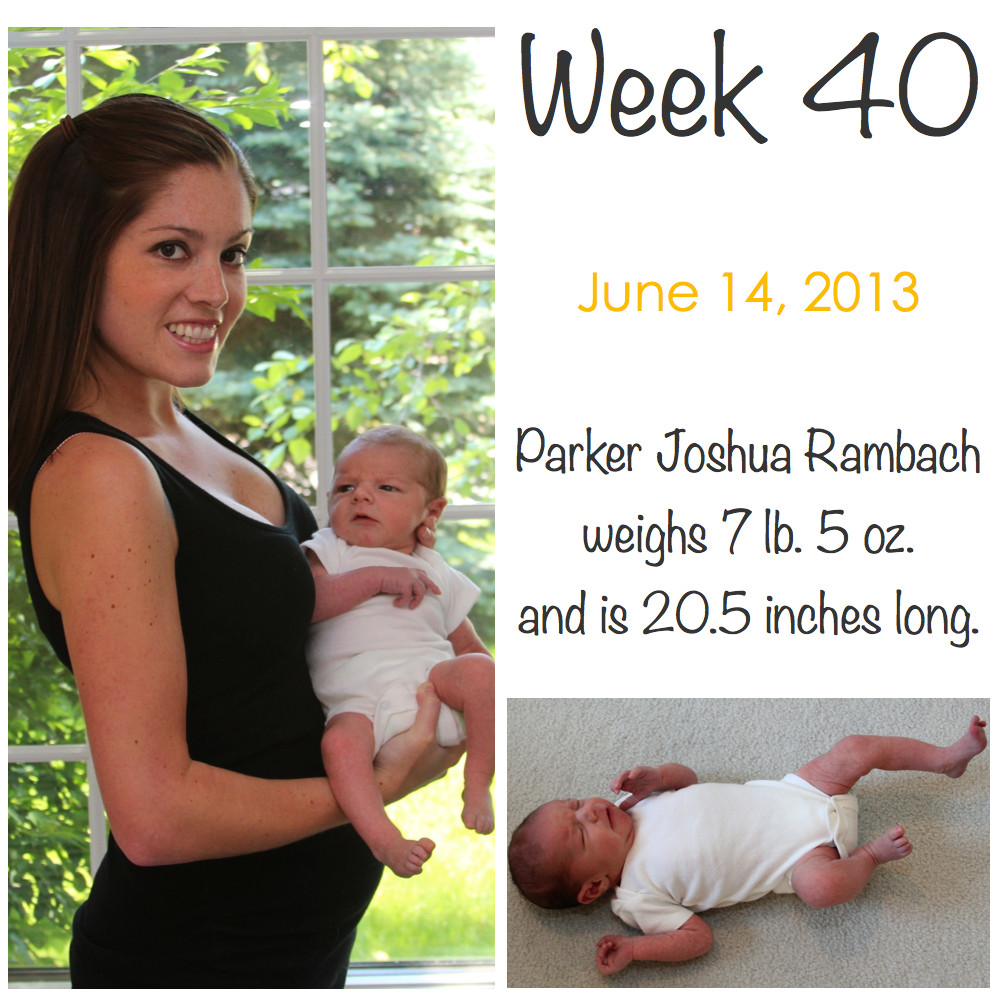 Like his mommy, Parker likes to be early — he proved that by making his appearance 6 days before his due date! But after 30+ weeks of documenting my growing belly, we couldn’t let the series end without taking one final photo for week 40. And posing with Parker was infinitely more fun than doing so with any fruit or vegetable.

We spent the morning of Parker’s due date at his one-week pediatrician appointment, where he checked out perfectly! He has already gained back the few ounces he lost after he was born, thanks to being such a great eater. We both got incredibly lucky as far as breastfeeding goes; he took to it naturally on day 1.

I’m so happy that we were able to have this “bonus” week with Parker…I think I would have been going crazy with anticipation had I spent one more week pregnant!