I’m not talking about the old song; I’m referring to my wonderful husband of one and a half years!  Even though we haven’t been married for very long, we have a very interesting history that goes back to before either of us hit puberty.  And in honor of Valentine’s Day, I’m going to tell you our story. 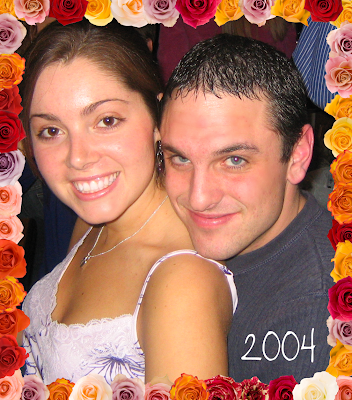 Zach and I started dating as 21-year-olds in 2004 (September 16, to be exact) but we first met at the age of 11.  Fifth grade.  We became friends, and would hang out in big groups after school and on the weekends.  The next year, Zach asked me to be his girlfriend.  We were each other’s first kiss, and he even told me he loved me.  Needless to say, he was heartbroken when I broke up with him a month later.  He still gives me a hard time about that!

Zach and I remained friends through our sophomore year of high school, but at that point, we drifted apart.  We still had lots of mutual friends, but he was too much of a party animal for me.  After graduation, I didn’t see Zach again until I ran into him the night of my 21st birthday, at a bar of all places.  We were inseparable the rest of the summer, but didn’t make it official until the fall. 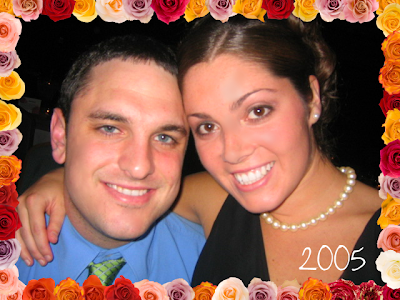 In 2005, Zach graduated from college and returned to Springfield to start his career.  I still had a year of graduate school left, so we only saw each other on the weekends.  It was a tough year, to say the least, but we still managed to have a lot of fun. 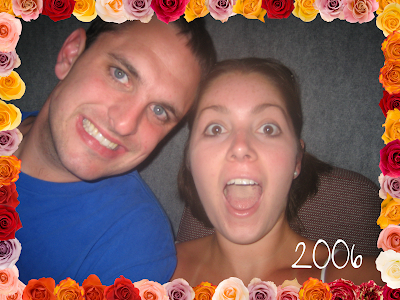 2006 was another challenging year, because I spent most of it in St. Louis doing my music therapy internship.  Luckily, I was able to live with Zach’s sister and brother-in-law, and I went home on the weekends to see him.  Zach took me on my first trip to Las Vegas (the picture is of us on the plane…can you tell I’m excited?) and we bought our first house. 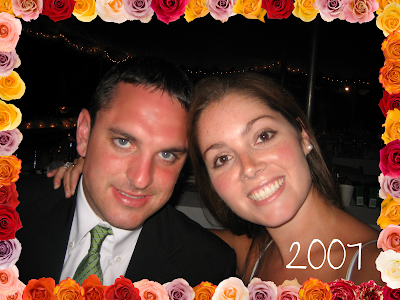 In 2007, I finished my internship and finally got to live in Springfield permanently.  I got a great job, and soon after that, Zach proposed!  He took me completely by surprise, luring me to the Ritz-Carlton in St. Louis on false pretenses and asking me to marry him in a room filled with rose petals, candles, and “our” song playing.  When we went down to the lobby for a celebratory drink, we found our entire families waiting to celebrate with us. 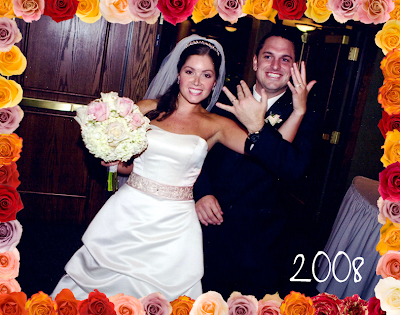 On August 8, 2008 (8-8-08…can you guess my lucky number?) Zach and I had the most beautiful, perfect, and fun wedding.  After a week in St. Lucia on our honeymoon, we returned to real life as a married couple.  Turns out 2008 was the year of weddings, including Zach’s brother’s just a few months after ours. 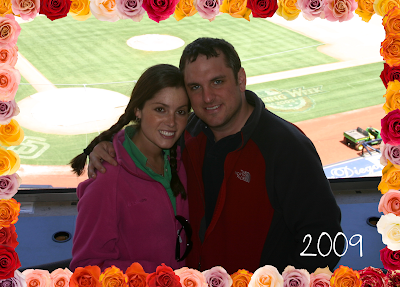 2009 started off with a bang: we bought a new house!  We spent the next few months decorating and nesting, and I moved my private practice from the “road” into my new home studio.  In May, we added a new member to our family…our golden retriever, Sadie.  Career-wise, we both had amazing years; Zach earned the prestigious title of AAA’s “Agent of the Year” while I successfully raised money to record a professional CD, presented at the AMTA National Conference, and was featured in the media several times. 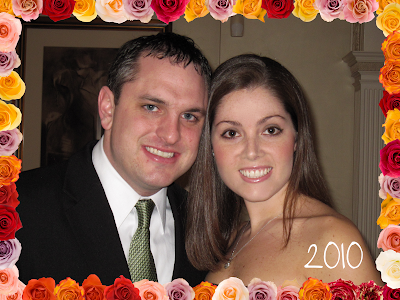 2010 has only just begun, but so far it has been great!  We took an exciting trip to New York City and attended our friends’ gorgeous wedding last month, and we are already looking forward to a few days of sun and fun in San Antonio this April.

Tonight we are going out to dinner to celebrate Valentine’s Day…our 6th together, with many more to come!  I feel so lucky to have such a supportive, successful, and loving husband, and I can’t wait to see what the future holds for us.