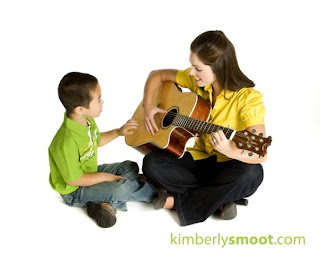 Two weeks ago, I spent some time in Kimberly Smoot’s photography studio with my buddy, Jake. Kimberly donated her talents to my CD (the one I will be giving away to families of children with autism and other disabilities) and I just couldn’t wait to give you all a sneak peek. This is the only picture I’ve seen so far, too; it will be so much fun to go through all of them and pick which ones will be included in the CD art. More to come later!

In case you missed it, my goal of raising $2,000 (to create a CD for kids with autism and other disabilities) was met and SURPASSED on Friday, September 4. Not only was that the day Listen & Learn Music officially turned one year old, but it was also the very day I realized that this little dream of mine was going to become a reality!

Since then, I have been hard at work planning my course of action. I found the perfect recording studio back in August, but waited until I knew the funding would be there to actually book it. I am thrilled to officially announce that I will be recording the CD at Jupiter Studios in St. Louis over my spring break, March 30-April 2.

And there’s more exciting news! Kimberly Smoot, an amazingly talented local photographer, has offered to donate her services to the cause. The shoot for cover/insert photos will take place next Saturday, October 3 at her studio here in Springfield. You can check out some of her stunning work HERE.

As I’ve mentioned, this CD (in both physical and download form) will be given away to families of children with autism and other disabilities at no cost. While the money that you all have so graciously pledged will cover recording expenses, there won’t be a whole lot leftover for production costs. So in these final 12 days remaining, I am asking for those of you who have not already pledged to consider doing so. Every extra dollar means another CD can be produced and given away to a child who can enjoy it.

Click here to watch the video, read more, and make a pledge if you are so inclined. Any amount, $1 and up, is greatly appreciated!

The Best Birthday Gift Ever

I have just one word to describe what happened today: WOW. I thought maybe I’d get a few pledges toward my Kickstarter project today in honor of Listen & Learn’s first birthday, but I had no idea that I would raise the remaining $400, as well as an additional $133 with 33 days to spare. There aren’t enough words to fully express my gratitude toward everyone who pledged, so I’ll say thank you, plain and simple.

I can’t wait to get started on my project. As I mentioned last month, I’ve chosen a studio and producer, and the next step is deciding which songs to include on the CD. If you have any suggestions or requests, let me know.

Again, thank you for your generous support. I am blessed!

If you’ve been here before, then you are sure to have read about the project I am hoping to bring to life. I’m using Kickstarter, an online fundraising platform, to raise $2,000 in order to professionally record and distribute a CD of songs for children with autism and other disabilities, free of cost. My life’s work is all about helping children through music, so making this happen would be a dream come true.

So far, in just over a month, I have raised $1,275. I am over 60% of the way to my goal, and I have until October 8 to meet it (otherwise I don’t get any of the funds already pledged). I still have 55 days left, and I’m really hoping to surpass the goal so that I can include more songs and distribute even more CDs.

After doing some research, I have chosen a recording studio and I couldn’t be more thrilled! Jim Callahan, the owner of Jupiter Studios in St. Louis, MO, has agreed to take on the project. And not only that, but because he believes in what I’m doing, he is willing to make it work within my budget.

The generosity of my readers, friends and family has amazed me to no end, and there’s just a little way to go. Only $725! 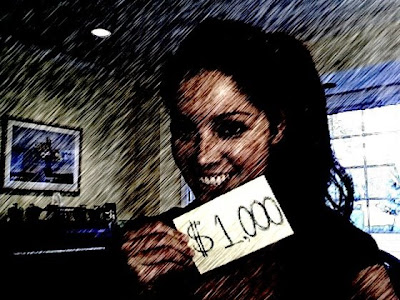 I was thrilled – overjoyed, actually – when my Kickstarter project reached $1,000 in donations. You can see it in my face, right? The pledges continued to roll in until I hit $1,200, where I’ve been for the last few days.

In order to give my Kickstarter quest a bit of a kick into gear, I’m offering a free song download of your choice to those of you who contribute to my cause (recording and distributing a CD especially for children with autism and other disabilities) between now and Friday. You have four days! Just be sure to shoot me an email with your song choice after you’ve made your pledge. Unlike the song download that is rewarded to those who donate if and when the project is completed, this one will be available as soon as I receive your email.

So GO HERE to make a pledge, or to read more about my project before you make your decision. Oh, and as always, thank you for your support!!!