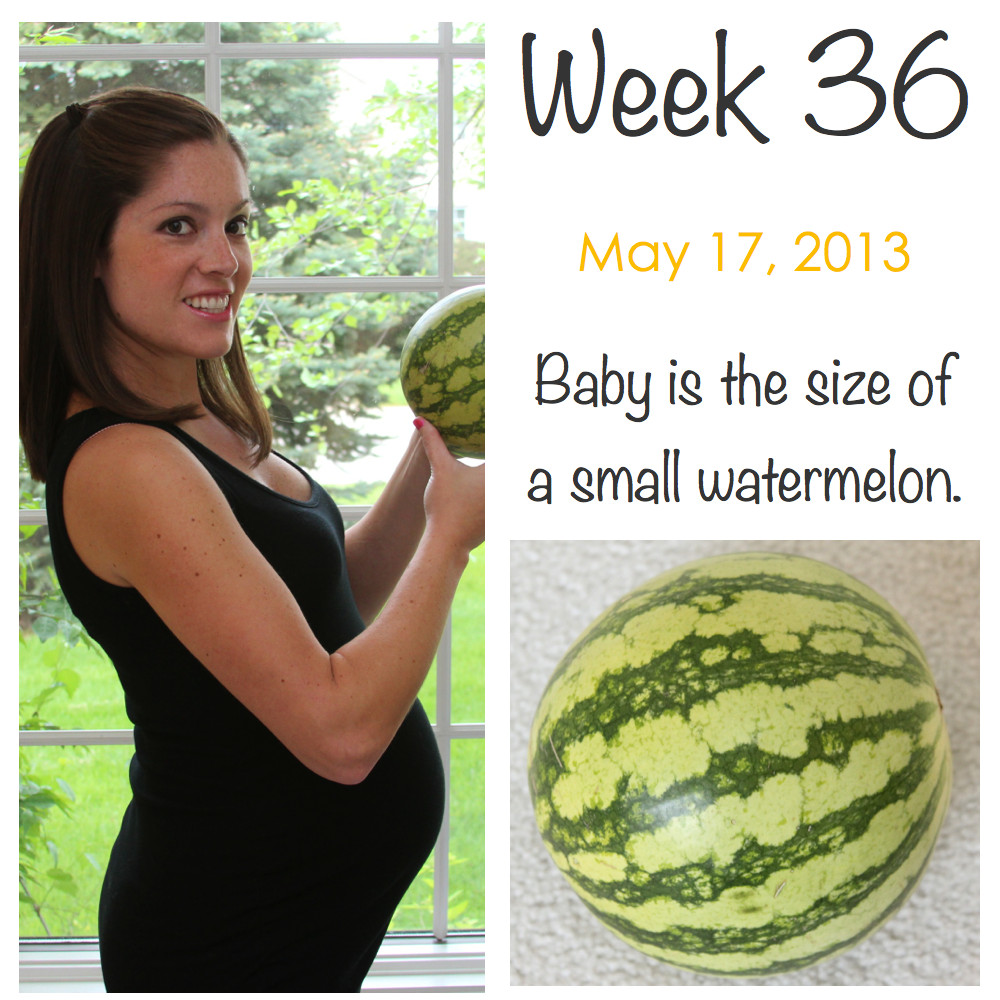 I officially have nine months of pregnancy under my belt, with only one to go. Four short weeks left of carrying around this 6-pound “watermelon” — after that, he’ll be in my arms!

We kicked off Week 36 by spending our entire Saturday at Lullaby University, where we learned all about newborn care and breastfeeding. I learned a LOT, but probably not as much as Zach did…I think he is beginning to realize what a HUGE job a baby is. Rewarding, for sure, but much more time-consuming than he originally thought. The class also made us even more excited about our little guy’s arrival.

On Sunday, I got a little taste of what it’s like to be very pregnant in the summertime, thanks to spending a couple hours walking around the art fair in the 85-degree heat. That experience made me really appreciate the fact that I’m due June 14 rather than August 14!

The rest of the week has been pretty uneventful, just busy with wrapping up work (only one more week to go!) and getting as much sleep as I can. Coming up: another doctor’s appointment on Friday, followed by a long holiday weekend :)