Winter’s On the Way 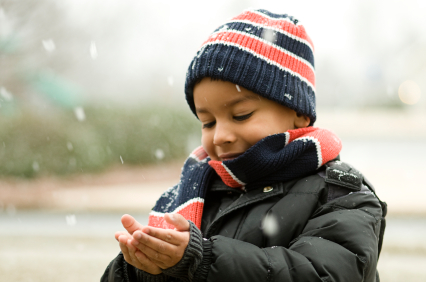 Yesterday during one of my music therapy sessions, I announced that it was time to sing about the season — fall. One of the staff members gave me a strange look and said, “Really?”

I don’t blame her. The wind was gusting outside and the temperature was in the mid-30s; it’s not exactly fall weather. In these last few weeks leading up to winter, it just doesn’t feel right singing Fall Into Fall or All About Autumn.  That’s why I wrote today’s song…for these interim weeks in between the two seasons.

Winter’s on the way,
But for today,
The season is still fall.
The holidays are near,
But the calendar’s clear:
It’s autumn after all.

Winter doesn’t start until the end of
December, this we know,
When the air is really cold, so cold that
It may even snow.

You may see lights and holiday trees,
Popping up everywhere you go,
But remember for today,
No matter how the wind may blow:

Winter time will come, just a few weeks more.
And it will stick around ‘til spring.
But until that day, I’ll wait to see,
What the winter months will bring.

Our last day of school before the holiday break is December 20, so we won’t have a chance to officially welcome winter in song (which begins the very next day) before then. I’ll be ready when we return, though; I’ve got a new winter tune brewing, so look for it on December 21!

Happy Thanksgiving!  I’m grateful all year long to everyone who visits Listen & Learn, especially to those of you who make it a regular habit.  Writing a Thanksgiving gratitude post has become a yearly tradition for me: my first was back in 2008, followed by 2009, and now here I am today with a much longer list.  My life has been blessed with so many amazing people, opportunities, and experiences that I could never cover them all…but I’ll make a good effort, anyway!

I’m thankful for my husband, Zach, who is the most patient, forgiving, driven, and kindhearted person I’ve ever met.

I’m thankful for my parents, who still fix meals for me from time to time (including today’s!) and make me feel like the most loved daughter in the world.

I’m thankful for my entire family, including my nieces and nephews who make me genuinely excited to have children of my own in the future.

I’m thankful for my puppy, Sadie — who will always be my “baby” even once I have children.

I’m thankful for my friends, who remind me that it doesn’t matter how often we talk on the phone or see each other in person…we’re in it for life.

I’m thankful for my beautiful house and all of the memories we’re making here.

I’m thankful for my music studio, which allows me to do much of my work without even getting in my car.

I’m thankful for my education, not only in the classroom but the fact that I continue to learn new things all the time.

I’m thankful for my career, which allows me to create, perform, and share music on a daily basis.

I’m thankful for my students, who inspire me every day.

I’m thankful for my little corner of the internet, which has connected me to countless wonderful people and given me another outlet for my creativity.

I’m thankful for the chance to reflect on all of the good things in my life, and for the fact that you’ve taken the time to read this!  I would like to know: what are YOU thankful for this year?

You’re a Hero to Me

Yesterday as one of my piano students was leaving his lesson, he said, “Miss Rachel!  I heard you on the radio this weekend!”

He was referring to the WDBR Cares for Kids Radiothon, which ended up raising over $102,000 for the Children’s Miracle Network and St. John’s Children’s Hospital.  Although I was in Cleveland for the duration of the radiothon, my original songs were played throughout the three-day event.

Last year, I wrote songs about Hollie & Sam — two of the many children whose lives were saved by the doctors at St. John’s and CMN.  This year, I chose to write a song from the patient’s perspective; “You’re a Hero to Me” honors those very doctors who go above and beyond to make miracles happen.

Saying thank you
Doesn’t seem like enough,
Finding the words to express the way I feel
Has been tough.

‘Cause every time I think about
All that you did when I was hurt,
The only thing that comes to mind is
One word:

You’re a hero to me,
And my whole family.
For never giving up or losing hope.
You stood by my side,
Comforted me when I cried,
And I know, I know,
You’re the reason I’m alive.

We didn’t know if I’d make it,
To my next birthday,
But you worked around the clock
To take my pain away.

I was scared, but not as scared
As if you hadn’t been there,
You went above and beyond
To show you care.

You were doing your job,
But it was so much more than that,
I never felt like just a patient
With an illness to combat.

I’ll post my other new radiothon song very soon, but before I get to that, I have some gratitude to share. I hope you’ll stop by tomorrow for my third annual “I’m thankful for…” list (here are lists #1 and #2).  Until then, enjoy this Thanksgiving Eve!

Well, my second national conference of the American Music Therapy Association is officially in the books.  And what an experience it was!  If you follow me on Twitter, you probably feel like you were right there with me in Cleveland — especially if you were actually there.

I used the hashtag #AMTA10 throughout conference to send updates to my Twitter friends, as did many other music therapists in attendance.  But 140-character tweets just can’t do #AMTA10 justice, so read on for the entire play-by-play.

I arrived in Cleveland early, so I had a chance to relax and unpack before meeting up with the rest of the Music Therapy Round Table (Michelle & Kimberly) later that evening.  We had a little bit of business to take care of before our CMTE the next day, but mostly we were just ready to catch up in person again for the first time in an entire year.

On Thursday morning, I met Michelle and her husband, Ed, in the exhibit hall to help set up the Erfurt Music Resource booth (see the pictures above).  Not only did I have my products on display, but so did a few of my awesome music therapist friends, like Kat Fulton and Wade Richards.

That afternoon, Michelle, Kimberly & I presented our very first CMTE (continuing music therapy education) course, which was all about using the web for music therapy advocacy and marketing.  5 hours of Facebook, Twitter, and blog talk — my idea of a good time!  Luckily, the participants agreed; they asked tons of questions and left excited to build and grow their own online presences.

Thursday evening was spent socializing with other conference-goers in the exhibit hall and giving the lowdown on my songbook and CD.  I must say, the EMR booth was one of the most hoppin’ in the whole hall!

Friday was a bit more relaxed now that our CMTE was over.  The keynote, presented by Alan Solomon and Ken Medema, was absolutely amazing.  I don’t think there was a dry eye in the entire ballroom by the time it was finished.  The rest of the morning was spent at the exhibit hall, in an excellent session by Tim Ringgold, and having lunch with Michelle and Kat.  Later than evening, I joined Illinois State University students, alumni, and faculty for our annual conference dinner.  That was followed by the 2nd-ever Tweet-Up, which boasted over 20 participants.  Yay, music therapists on Twitter!

The Music Therapy Round Table, hard at work recording and promoting our podcast.

A big part of Saturday was spent, once again, at the EMR booth in the exhibit hall.  The MTRT recorded episode 10 right there at the “round table” where I’m sitting in the picture above, and we had the opportunity to interview quite a few fellow music therapists (both professionals and students).  In fact, we had so much great material that we ended up splitting the episode into two parts — the first of which will be up on our website and on iTunes soon!

Saturday evening, Michelle and I took a break to blog in the hotel lobby, after which we headed to the State Task Force reception to socialize with other music therapists who, like us, are advocating for recognition in their states.  As much fun as we were having at the reception, we had to jet out of there at 8:30 in order to make it to our final dinner of the week…

Ed, Michelle’s husband, has officially gained the title of honorary 4th member of the Music Therapy Round Table, because not only did he do an amazing job representing us at the booth all week, but he also organized our farewell dinner on Saturday evening.

The four of us sat at the chef’s table at Crop, where we were treated to an 8-course feast complete with wine pairings at each course.  We had heard good things about it, but we were not at all prepared for the deliciousness we experienced that night.  Kimberly and I were guilty of tweeting our plates and making the rest of our Twitter friends jealous :)

I was a little sad to say goodbye to Cleveland early Sunday morning, but I left with plenty of new friends, memories, and photos.  Michelle Erfurt started a Flickr group for pictures taken at the AMTA conference, which you can view here.  Better yet, if you were there and took pictures, you can add them!

I’d love to hear about your own #AMTA10 experiences and highlights, so leave them in the comments.  Or if you weren’t there this year, let me know that you WILL be in Atlanta for #AMTA11! 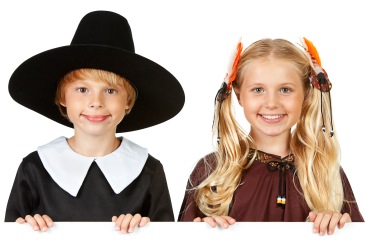 With Thanksgiving just a few days away, I’m anticipating (based on previous experience) that it will be a bit difficult to keep the full attention of my students.  Holidays tend to make them even antsier than usual, but luckily I have a few musical standbys that will put their extra energy to good use!

I’ve already shared most of these songs and activities here at Listen & Learn throughout the years, but I thought it might help to put them all in one place for those of you looking for last-minute ideas.

What Thanksgiving songs do you have up your sleeve for this week? Are you reading themed stories like Ten Fat Turkeys and I Know an Old Lady Who Swallowed a Pie? I would love to add some new ideas to my list…because, you know, there’s always next year!