Intro to Guitar is an introductory class for beginning strummers, ages 13 and older. This is the perfect opportunity for teens and adults interested in learning guitar! Instructor Reid Muchow will teach basic chords, strum patterns, techniques and songs over the course of this 8-week class. Each class session is 45 minutes in length. 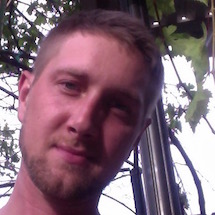 Reid Muchow began playing drums at age 9 and in his late teens decided to further his music studies by enrolling at LLCC to study music theory with Jane Hartman. Having a compelling interest in the arrangement and function of other instruments, Reid also pursued learning guitar, piano, and singing. From 2008-2015, Reid lived in the thriving musical and cosmopolitan environments of Chicago and New Orleans. During this time, Reid received an education from Roosevelt University in jazz studies under the direction of Grammy award winning musician Paul Wertico (formerly of The Pat Metheny Group), jazz theorist Scott Mason, and arranger Tom Garling (Buddy Rich Band, Maynard Ferguson). Reid has toured the U.S. with several funk, blues, hip-hop, and rock bands performing at Lollapalooza, New Orleans Jazz and Heritage Festival, South By Southwest Austin, and many other notable venues.