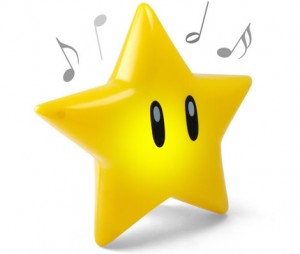 For the last three years, a group of my students have performed at The Hope Institute’s annual Celebrity Chef event.  Tomorrow is the big night — after only two weeks of rehearsal, those kids will get up in front of 300 people and sing their hearts out.

No easy feat, right? I was a nervous wreck that first year, not knowing how my students would react to such a huge crowd (let alone singing into microphones with spotlights shining on them).  But as it turns out, I was the only one who was nervous — the students certainly weren’t!

I have learned that if you give kids the chance to shine, they will take full advantage of that opportunity (in a good way).  That was apparent during the Celebrity Chef performances, when my piano students competed in Festival, each time I invite a child to sing a “solo” during a music class or therapy group, and countless others.  Those feelings of inhibition and self-consciousness we feel as adults?  Yea, most kids are lucky enough not to have them.

There’s no better feeling than the rush of performing for a captive audience, except maybe the applause and words of praise that follow.  My students have experienced that before, and are looking forward to doing it once again tomorrow night.  This time I’m keeping my nerves at bay…I can’t wait to watch them shine.