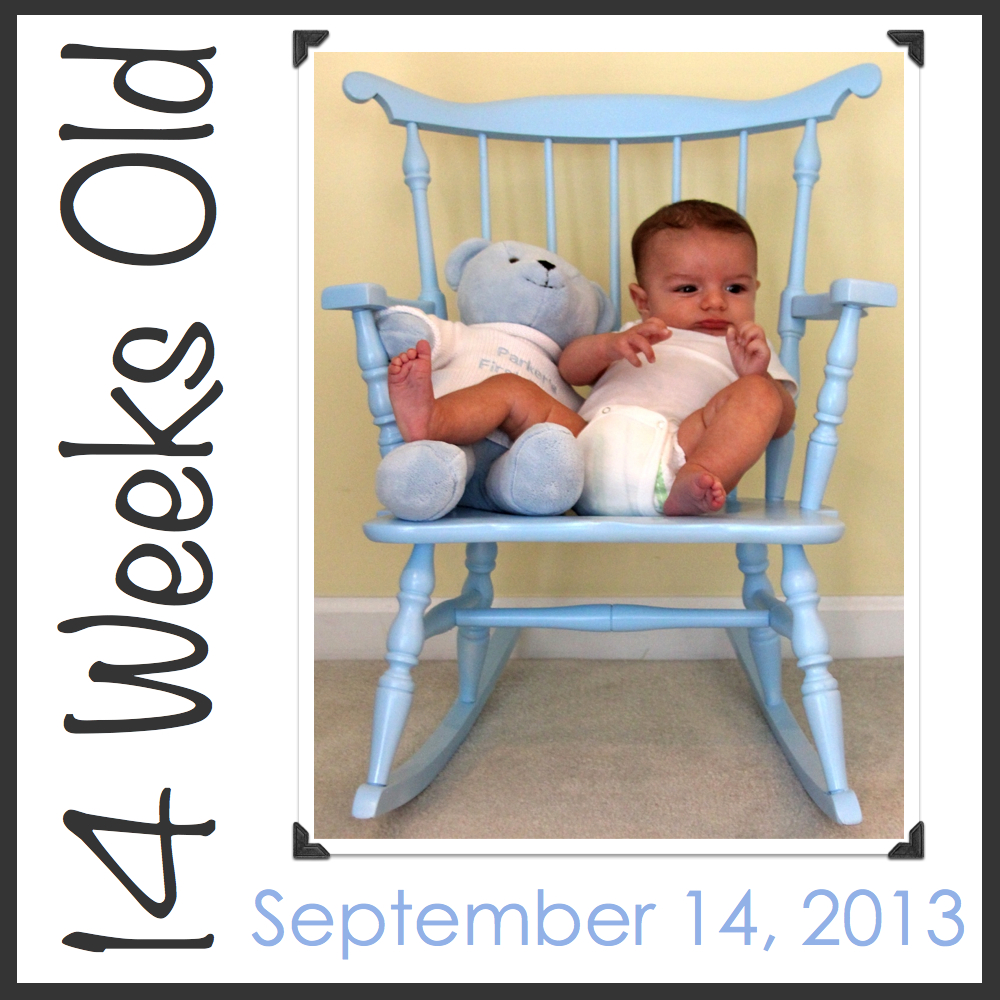 It’s finally starting to feel like fall, and we took advantage of the nice weather this past weekend. Zach had a soccer tournament on Saturday, so Parker and I cheered him on from the sidelines. Then of course we had to take a photo to commemorate Parker’s first soccer game:

Overall, it was a pretty laid back week around here. I’ve been pretty tired since going back to work, so most days we just hung around the house. We weren’t total homebodies, though: we did venture out to meet my friend Crystal for coffee on Wednesday morning, followed by mom-baby group at the hospital (we’ve been going since Parker was just a week old).

Zach left on Thursday for a bachelor trip in Las Vegas, so it’s been just the three of us — Sadie, baby, and me. Poor Sadie is such a good sport. She doesn’t get nearly the attention she did back in the old days of having “only child” status, so I have been making a conscious effort to spend more quality time with her when Parker is asleep. She makes a good snuggle buddy while Zach is away!

In other news, we did well with weight gain this week. Parker is creeping closer and closer to 12 pounds, which is still small for his age and height, but it’s progress. He’s been eating pretty frequently this week, which is definitely a good thing (albeit exhausting for me). I am loving the extra pudge on his cute little thighs…no more chicken legs for this guy!