Parker at the Playground 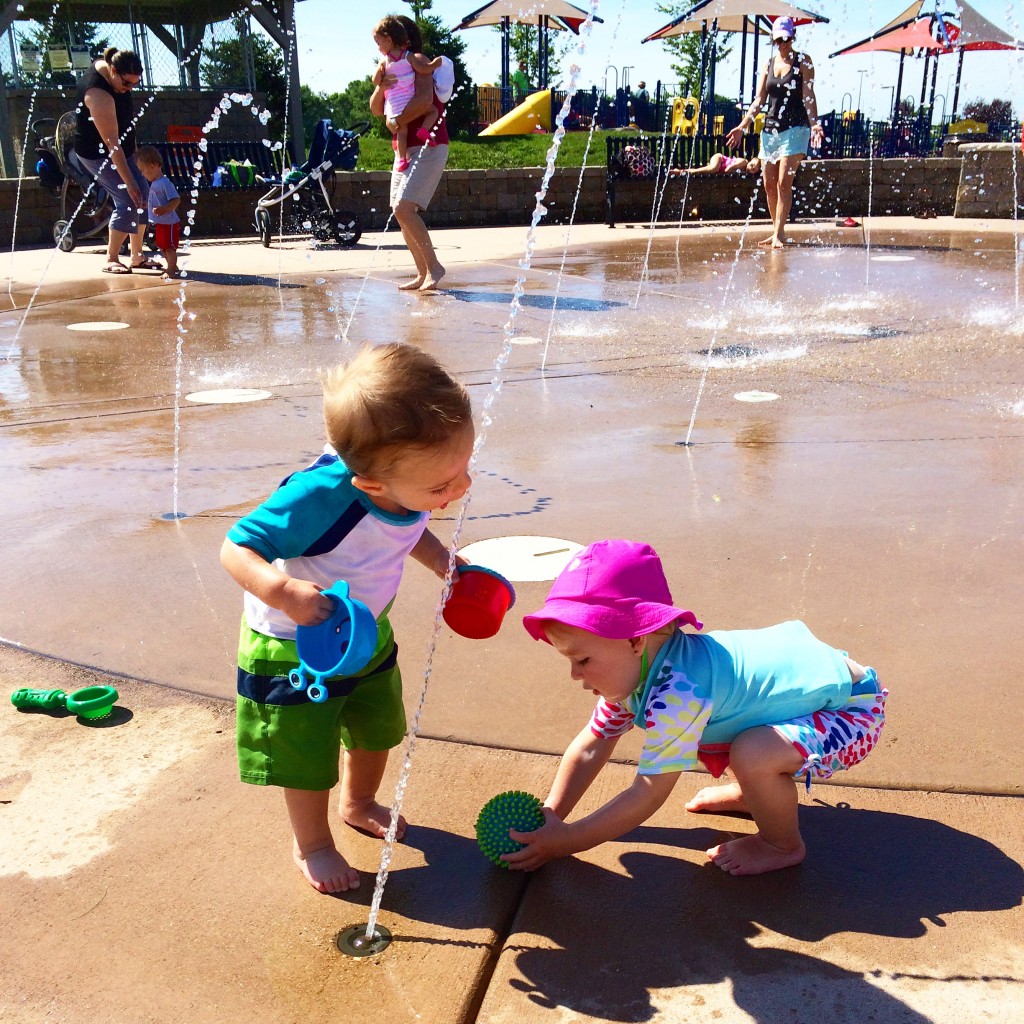 One of our favorite summer discoveries has been the splashpad at Southwind Park. We met our friends from mommy/baby group, Angie and her little cutie pie Janie, there for the first time a couple of weeks ago and both kids had a blast. They are just a few weeks apart in age, and it’s so adorable watching them play together.

Parker wasn’t sure about the water fountains at first, but he eventually got over his hesitations and headed into the action. He even tried drinking the water, which was hilarious. There were only a few other kids there, so they pretty much had the run of the place. We spent at least 45 minutes there until Parker got bored and was ready for the next thing. 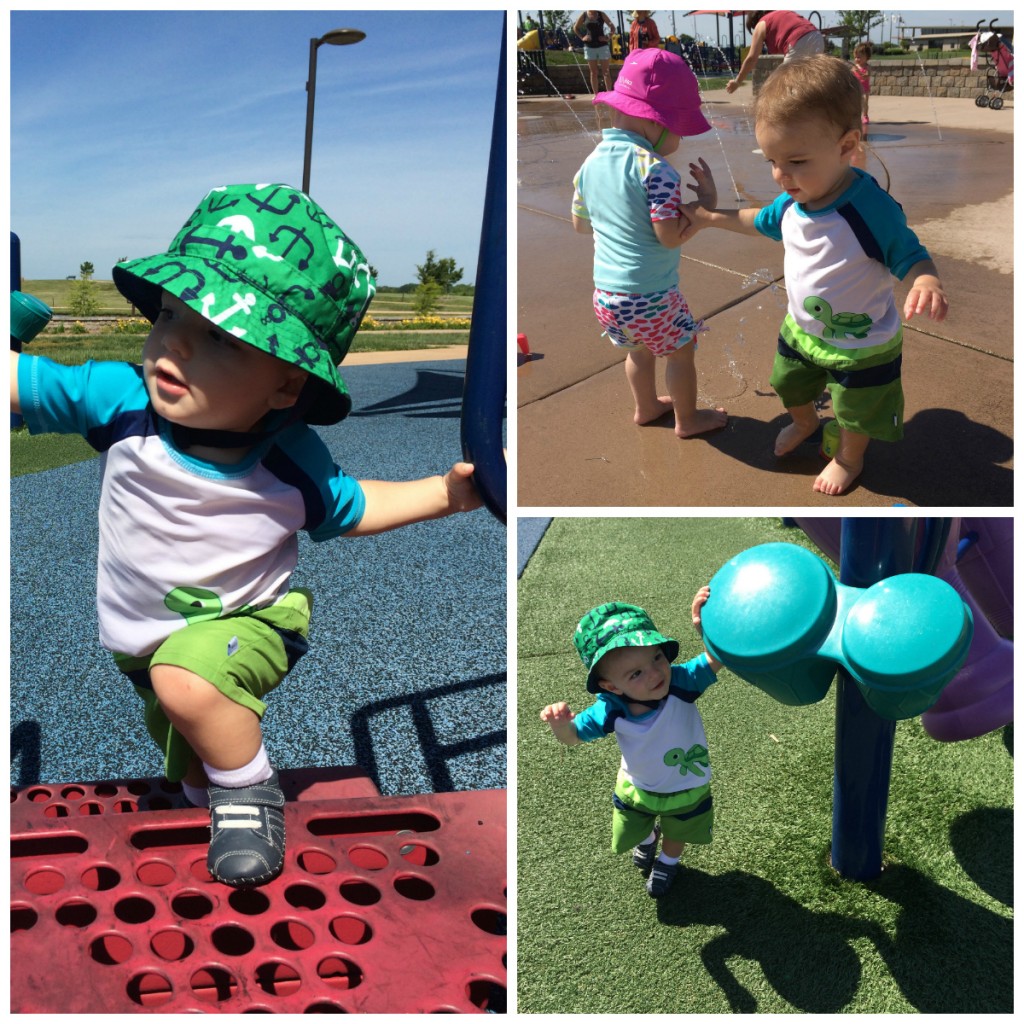 Southwind Park also has a fun playground, so we headed there for some swinging, sliding, and climbing. Mostly climbing. Parker is really into stairs now, and would be perfectly content spending his time going up and down them over and over again. He’s pretty fearless when it comes to the playground equipment, which makes playing at the park a good workout for me! 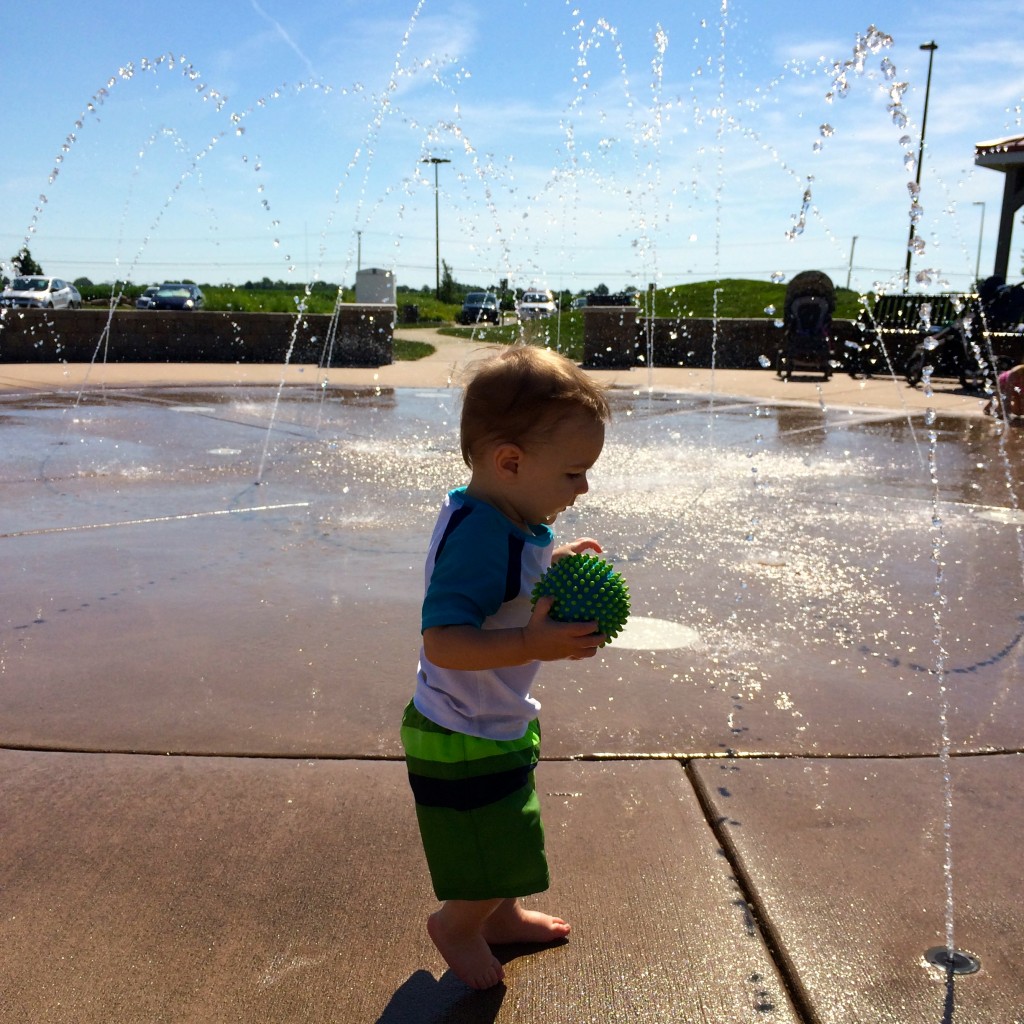 We liked the splashpad and park so much that we ended up going back the very next day. We met a bunch of moms and kiddos from mommy/baby group, but unfortunately the splashpad was sooooo crowded (especially with bigger kids) that they didn’t get to play together like we had hoped. Parker still had fun, but I was nervous about him getting knocked down. 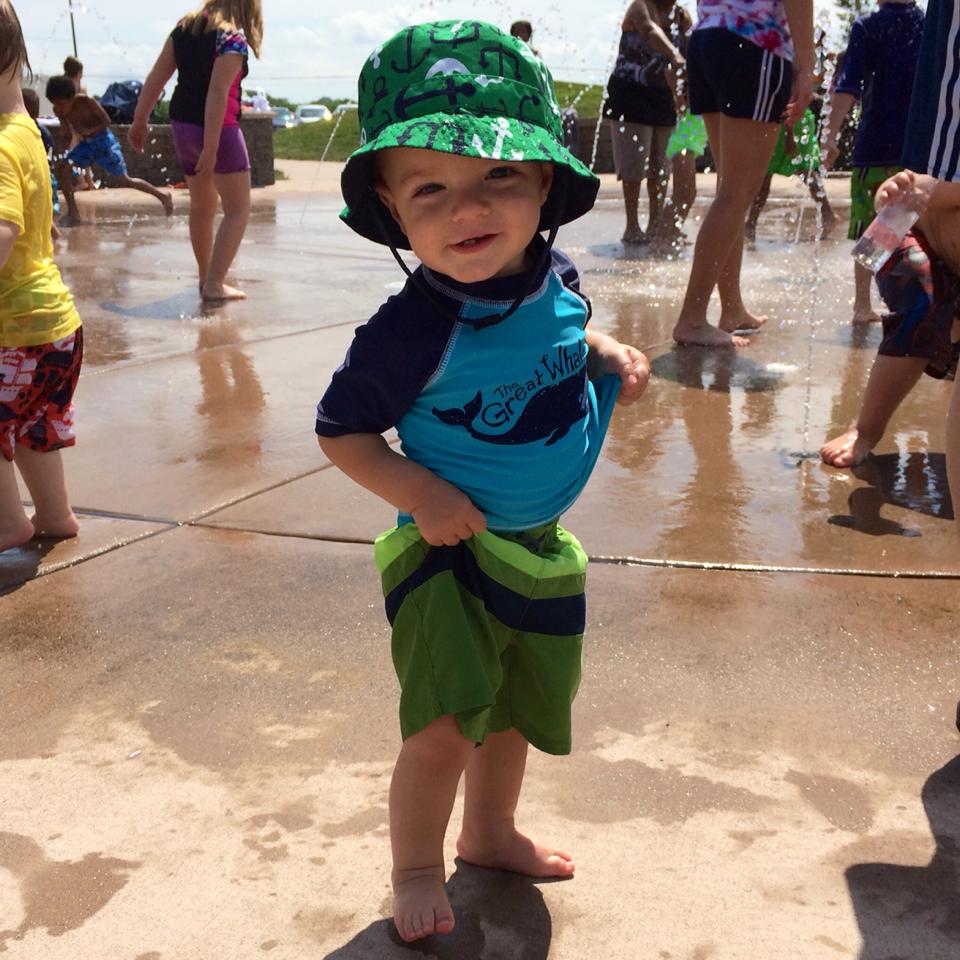 This dude loves being outside, and I love the nap he takes after burning off all that energy running around. We try to get out and do something active every day, even if it’s just going to Rotary Park (which is within walking distance). We did that one afternoon last week, and Parker had the time of his life running around the empty playground. 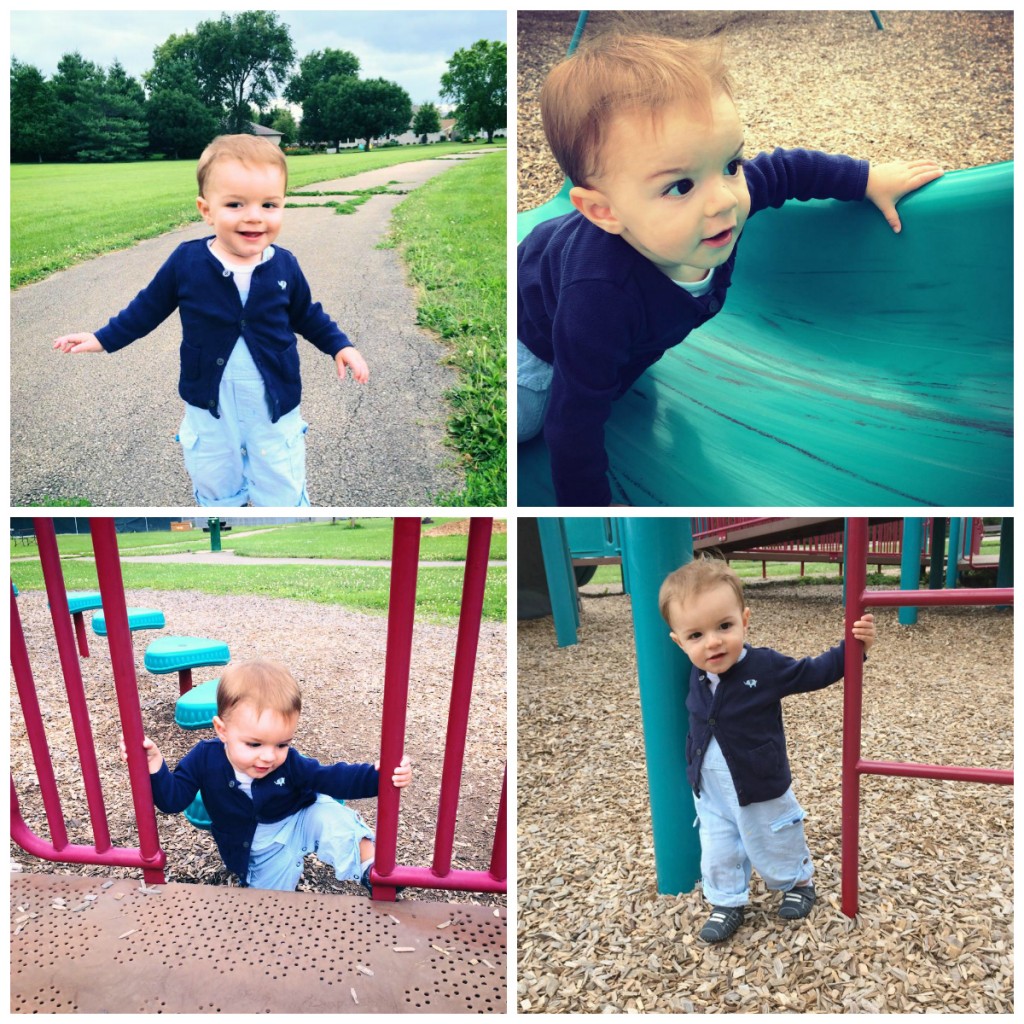