Inside the Recording Studio: Day 2 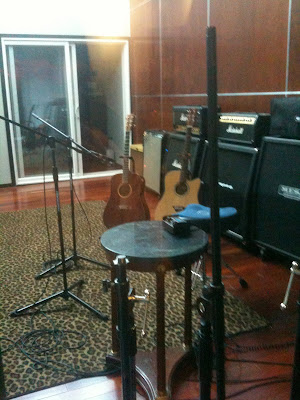 I can’t believe my time in the studio is halfway over!  It’s gone by really fast, but luckily we’ve gotten a lot done.  We’re actually ahead of schedule: 5 songs are finished (except for mixing), and all that is left for the 6th song is vocals.  We’ll start Day 3 by recording those, and then move right on to the 7th song.

Day 2 began with vocals for songs 1 and 2, which went pretty quickly.  I sang the melody line for each song a few times until we had a usable take, and then we got to work on harmonies.  I had already worked out a few of those prior to this week, but most were created on the spot in the booth.  Luckily I’ve always had a weird talent for harmonizing almost any song upon first listen, so it wasn’t too painstaking.

After we finished the vocals for those two songs, we got to work on song 4.  (By the way: someone asked me yesterday via Twitter if I am keeping the song titles under wraps.  The answer is yes, at least for now!)  I spent a long time in the guitar room (pictured above) with this one; for some reason, I had a tough time remembering how many measures to play between verses.  Vocals were much quicker, however, which saved us some time.

Next up was song 5.  We called this our “Carpenters-inspired” song, which is reflected in the instrumentation.  I was pretty tired by the time I got into the vocal booth, and the first couple of takes were rough.  I didn’t think we’d get the vocals done on this one, but after some coaching from Jim (my sound engineer), I pulled it off.

Song 6 is one of my favorite songs I’ve ever written.  It’s just plain fun, and so was recording it.  I am so excited about the electric guitar part for this song, which Jim literally wrote as he went.  In fact, this is what I tweeted last night:

I just couldn’t believe how perfectly the guitar reflected the song’s message and my feelings about it, and as I listened, it really sank in that my songs were coming alive just as I had hoped.  It was a pretty amazing moment.

After Jim was finished recording his parts, I jumped back into the guitar room and recorded my acoustic guitar part.  At that point, it was 10 pm and we decided to wait until the next day to record vocals.  I was thankful for that, considering I had an empty stomach, no energy, and was ready to fall asleep any moment.  Next up: Day 3 recap, coming tomorrow! 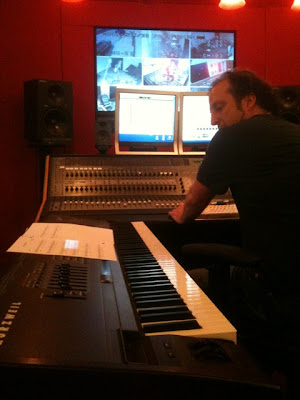 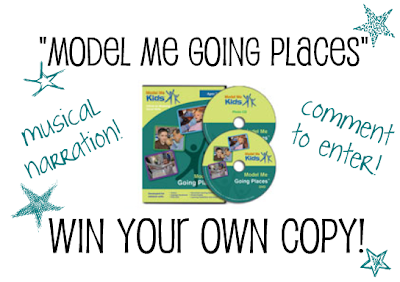 Congratulations to Lisa Casciola, who was randomly selected (via random.org) as the winner of the newest Model Me Kids DVD, “Model Me Going Places”.  Lisa is a fellow music therapist and studio teacher, and has a great website of her own, Kids Sing Studio.  I hope you enjoy the DVD, Lisa, and that your students can benefit from it!

As you probably know, I’m spending the week in St. Louis at Jupiter Studios, recording my new Listen & Learn CD.  I’ve been tweeting like crazy, so if you want to see pics and get frequent updates, make sure to follow me on Twitter.  I’ll write a post detailing my experience thus far later today, but for now, it’s time to head to the studio and start my 10-hour day!  I’ll talk to you all soon.

Sunday Singalong: I Have a Dream

When the “Mamma Mia!” musical first came out, I listened to the Broadway soundtrack nonstop. I still turn it on from time to time, because the songs are so upbeat (for the most part) and put me in such a great mood. “I Have a Dream” is one of my favorite songs to teach beginning voice and guitar students, and like I said in the video, I like to use it in music therapy sessions with my middle school students. They’ve always enjoyed the song and the discussions it sparks, but it’s even more popular now that the movie is out.

I watched “Mamma Mia!” (the movie version) for the first time yesterday, and now I’m craving a sunny beach vacation in Greece. That’s not in my future anytime soon, but I will be heading to exotic St. Louis tomorrow for a week in the recording studio.  I’m enjoying one more lazy day before the fun begins, and it just happens to be my puppy, Sadie’s 1st birthday!  Just take a look at this little sweetie: 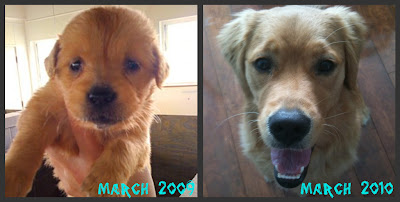 I’m off to play with the birthday girl (who is currently covered in mud and rain thanks to the lovely weather), so I hope you all enjoy your Sunday.  If you haven’t yet, please go enter my DVD giveaway, and stay tuned this week for updates from the recording studio! 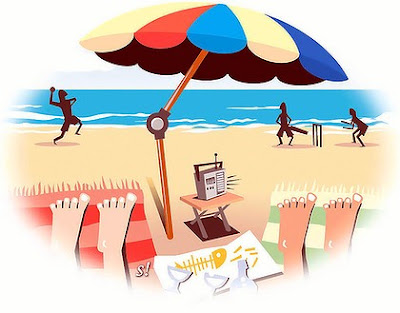 Ok, so I won’t be lounging on some tropical beach during my spring break, but I do have some pretty exciting plans.  I have four lessons to teach after school today, and then SPRING BREAK ’10 will officially begin!  Let me tell you all about what’s going down these next two weeks.

This weekend will be pretty low-key; I’ll have some time to relax before I kick into high-gear.  The ball will start rolling on Monday morning, when I head to Capitol Radio Group to record a radio interview with Bob Murray, who hosts a weekly 25-minute program called Focus.  I’ll be talking about music therapy, my blog, projects I’m working on, and my involvement in the Springfield community.  The show will air next Sunday (Easter!) morning on 5 local radio stations, including my personal favorite, WDBR.

Right after the interview, I’ll hit the road for St.Louis, where I’ll be spending the rest of the week recording my CD at Jupiter Studios.  I’ve chosen ten songs to include on the CD, so hopefully we’ll have time to finish all of them.  It’s going to be an intense 4 days: I’ll be in the studio from 12 pm to 10 pm (yes, ten straight hours!) working one-on-one with Jim Callahan, the owner and head sound engineer.  Since I’m an early riser, I’ll probably spend my mornings at Panera, fueling myself with caffeine and blogging about my recording experience.  Be sure to follow me on Twitter, as I’ll also be tweeting frequently throughout the week!

My school’s spring break officially ends on Sunday, April 4.  I’ll be back to work for a quick two days, but then Zach and I are taking off to San Antonio for five days of much-needed R&R.  This trip is courtesy of AAA, for whom my husband works as an insurance agent.  Every year, they send their top agents somewhere warm for a fabulous vacation…so far we’ve been to Palm Springs, Hilton Head, and San Diego.  I tell Zach that he can never leave the company, because they treat their employees so well (and I get to benefit from Zach’s hard work!).

Life will get back to normal on April 12, when the regular schedule resumes.  However, at that point there will only be eight weeks of the school year remaining, and those always fly right by.  Heck, I’m already planning my summer music therapy and lessons schedule!

There is a lot to look forward to in the coming weeks, and I hope the same is true for you.  Even if you’re not on Spring Break (or if there’s no such thing for you), at least the weather is getting nicer.  That’s enough for me.  Have a beautiful Friday, and if you haven’t already, go enter my giveaway to win the newest Model Me Kids “Going Places” DVD, which features musical narration by yours truly!