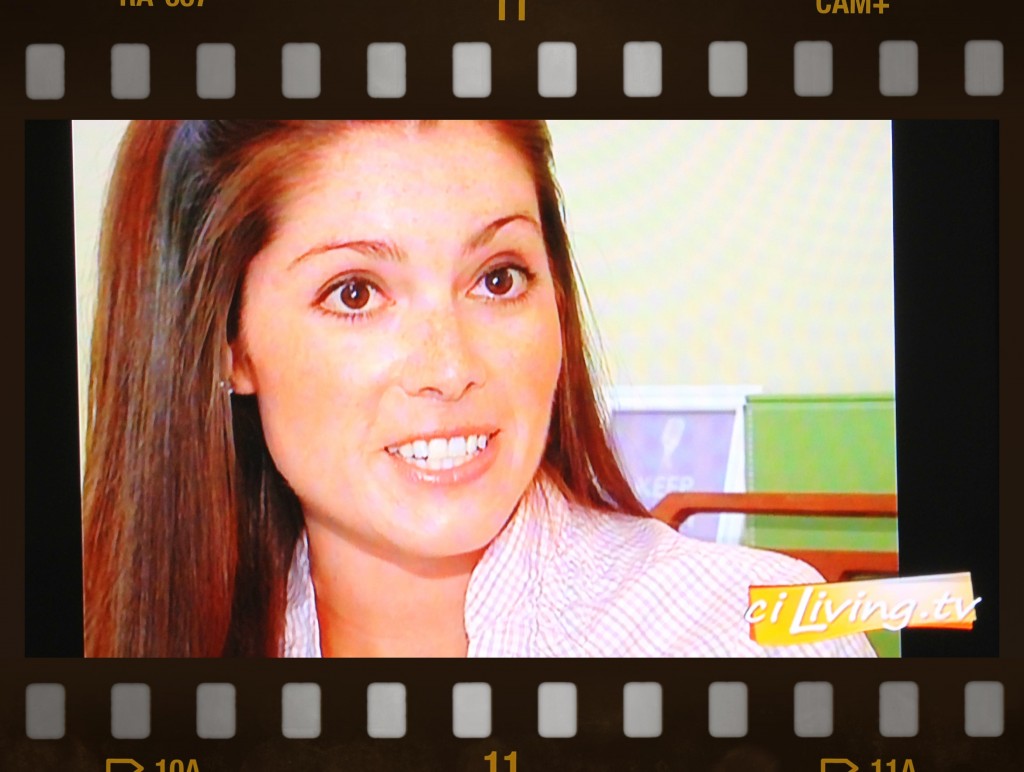 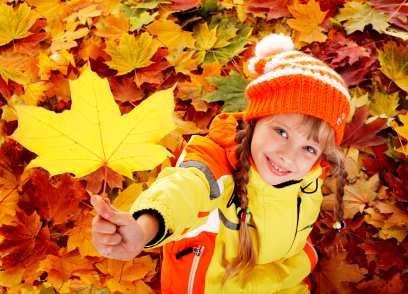 As of Saturday, it’s officially fall! My kitchen is stocked with pumpkin waffles and pumpkin spice Coffee Mate, there’s an “autumn leaves” scented candle burning in my office, and I’ve broken out the cold weather cycling gear…yep, summer is over. So it only made sense that this week’s new song is dedicated to the new season.

“Fall, Fall, Fall” is a peppy little number — perfect for a brisk Monday morning, right? I’m pounding the keys and working the drums in my recording, but when I use this song with my students, a simple uke or guitar strum will do just fine. After all, the focus is on the words, which are all about…you guessed it…fall ;)

It will be nice to give my older autumn anthems a little rest as I add this to my repertoire. And while it’s crazy to think that Halloween and Thanksgiving are just around the corner, I’m already getting excited about pulling out the songs that go with them (and of course, writing new ones). Happy fall, y’all! 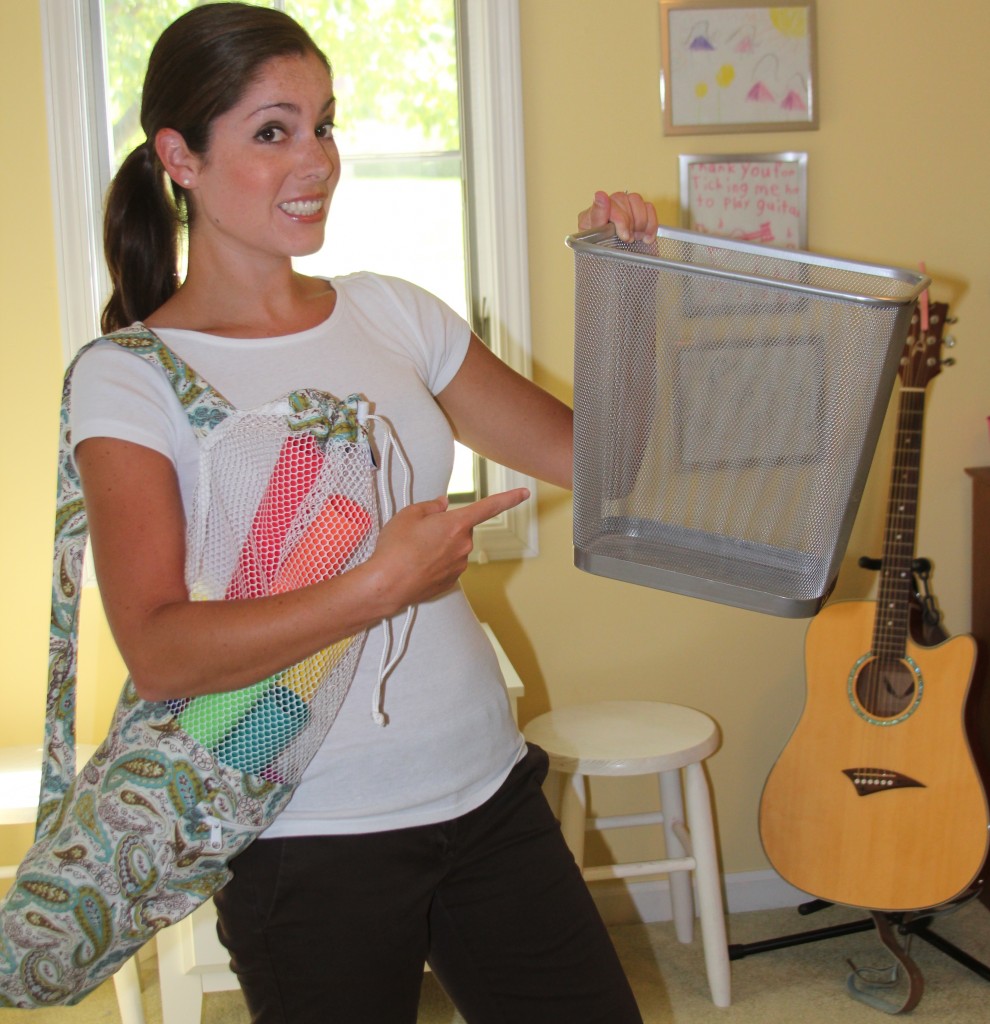 No lie: I used to store and transport my boomwhackers in a metal trash can. Yes, a TRASH CAN! That trash can now go back to serving its intended purpose, thanks to the Boom Tote.

I have known Michelle Erfurt to be a forward thinker and entrepreneur since the day I “met” her — after all, her inaugural email to me was an offer to publish a songbook based on the Listen & Learn song series. And in the four years since, I have also come to know her as a crafty DIY expert.

So what happens when a music therapist combines business savvy with sewing expertise? The Boom Tote, that’s what! What started out as a small project has now become an indispensable addition to the music therapy equipment I use on a daily basis, thanks to Michelle. 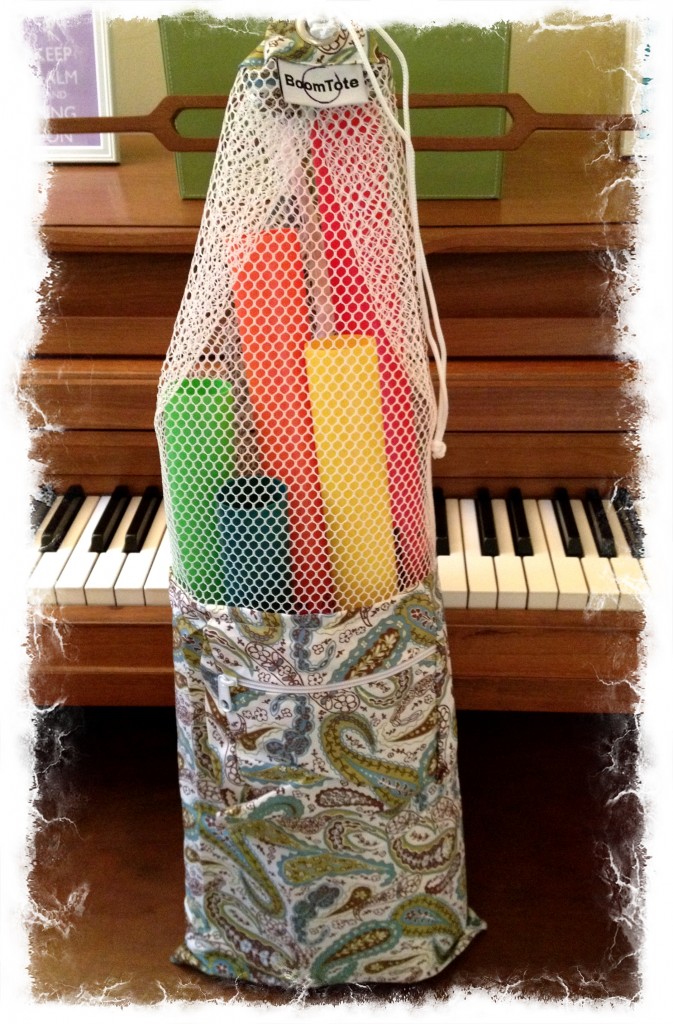 The boom tote recently got some major upgrades. The new features make it better than ever, and in my opinion, any music therapist who uses boomwhackers (and I know there are lots of us!) should have one.

First of all, there are three fabrics to choose from. My paisley tote is so pretty, don’t you think?! But even better is that the totes are sewn in a way that makes them very strong, which is vital since they are no doubt going to be handled by little (and not always so gentle) hands.

Next, the drawstring closure keeps boomwhackers from falling out, which was always a problem with my former boom “tote” (a.k.a. trash can). I can just slip the shoulder strap over my arm and go while still carrying an armload of other instruments and materials.

My most favorite feature of the boom tote is the outside zippered pocket, which Michelle suggests you can use for Octavator caps, business cards, or keys. I almost always use it to store my keys and small wallet, since I don’t like bringing a purse with me to my groups and classes.

You can get the full run-down on the official website and Facebook page. Michelle will have plenty of boom totes on hand at AMTA national conference next month, but I suggest getting yours ASAP! 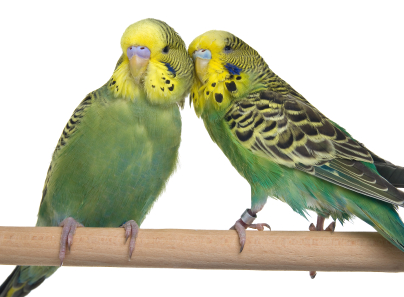 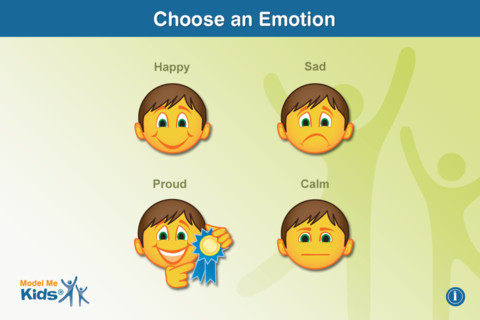 A few years back, I had the privilege of creating and recording music for Model Me Kids, a company that creates modeling videos to help children with autism learn social skills. My original songs narrate the Model Me Faces and Emotions and Model Me Going Places DVDs.

Now there’s an app based on the “Faces and Emotions” DVD for both iPhone and iPad: Autism Emotion, which you can download for free in the iTunes store. It’s a great visual teaching tool for helping children learn about different emotions through photos, text, narration, and music. 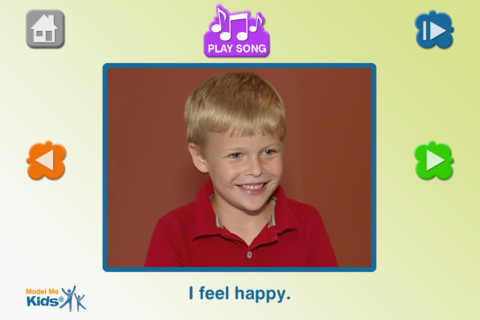 The app includes four of the emotions featured in the DVD. Each emotion contains a photo slide show of a child experiencing a specific emotion, and you can play the song I wrote for each emotion as well.

I downloaded this app yesterday, and though I may be a little biased, I think it’s a great resource for enhancing my work on the topic of emotions. It’s free, so check it out for yourself…and if you use other apps to help your kiddos learn about emotions, please share!