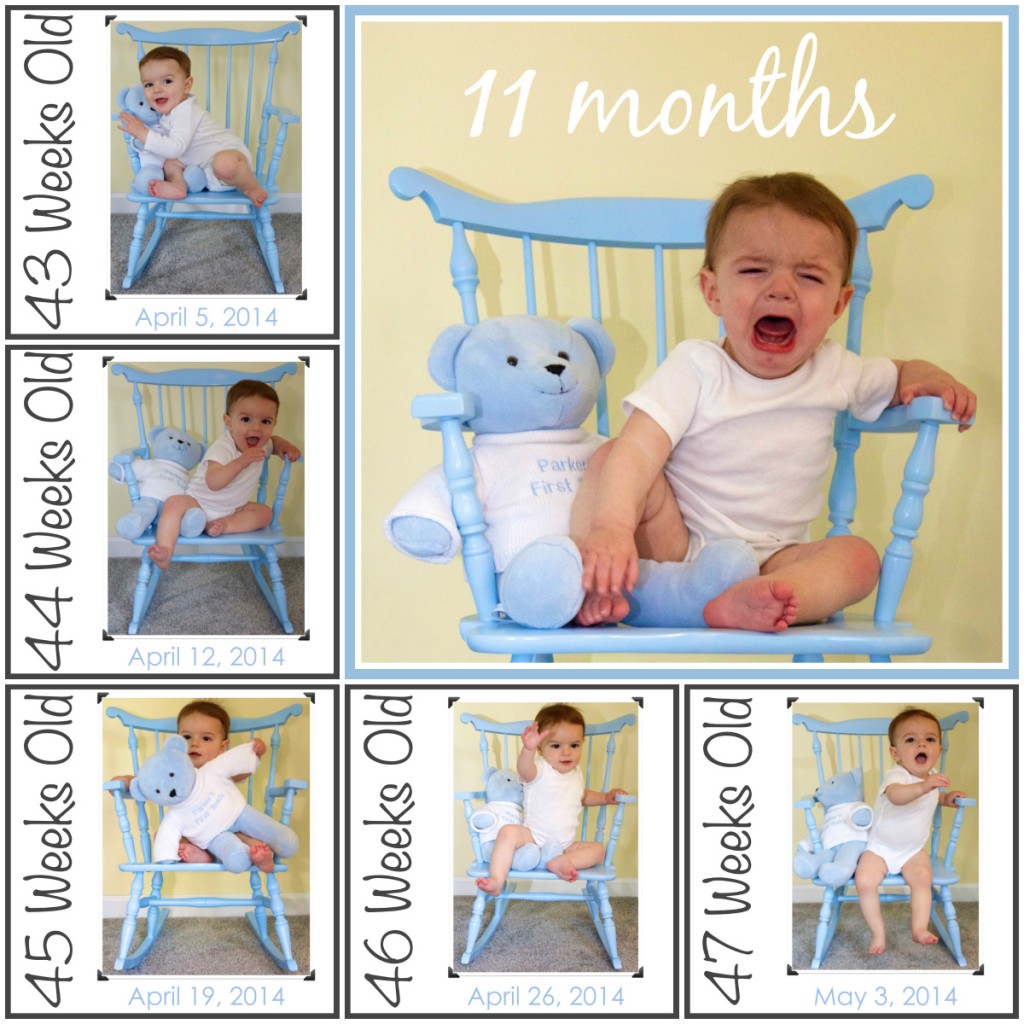 When Parker was born and we decided to take weekly growth photos until his first birthday, it seemed like FOREVER away. Now all of the sudden we are just a mere month from taking one last photo in the chair next to Mr. Teddy. Parker’s thoughts on this: “Thank goodness!”

My thoughts are a little different. I’m really sad to be moving out of the infant stage and into toddlerville, because this year has been so wonderful. Stressful, exhausting, overwhelming, and wonderful. Not that the next year won’t be all those things, but I’ve never been good at change.

But I’m trying to accept the fact that my baby is turning 1 and get excited about it. He’s hit so many new milestones these last couple weeks, and it’s so much fun to watch him turn into a little person. Here are his latest party tricks:

Parker is getting more and more adventurous with eating, and will usually at least try whatever I put on his tray. We’ve been giving him little bits of whatever we’re having, and so far his favorite foods seem to be cheese, yogurt, banana, and meat.

He’s still nursing as much as usual, but our pediatrician told us we could start transitioning in whole cow’s milk this month. The plan is to replace the only bottle he gets (in the afternoon, while I’m working) with whole milk, starting next week. That means I can stop pumping, which will help with the weaning process. I’m going to wean completely right after his birthday, since I’m going on my first baby-less trip a week later. It’s sad to think about being all done, but at the same time it will be really nice to have my body all to myself (for the first time in almost two years!). 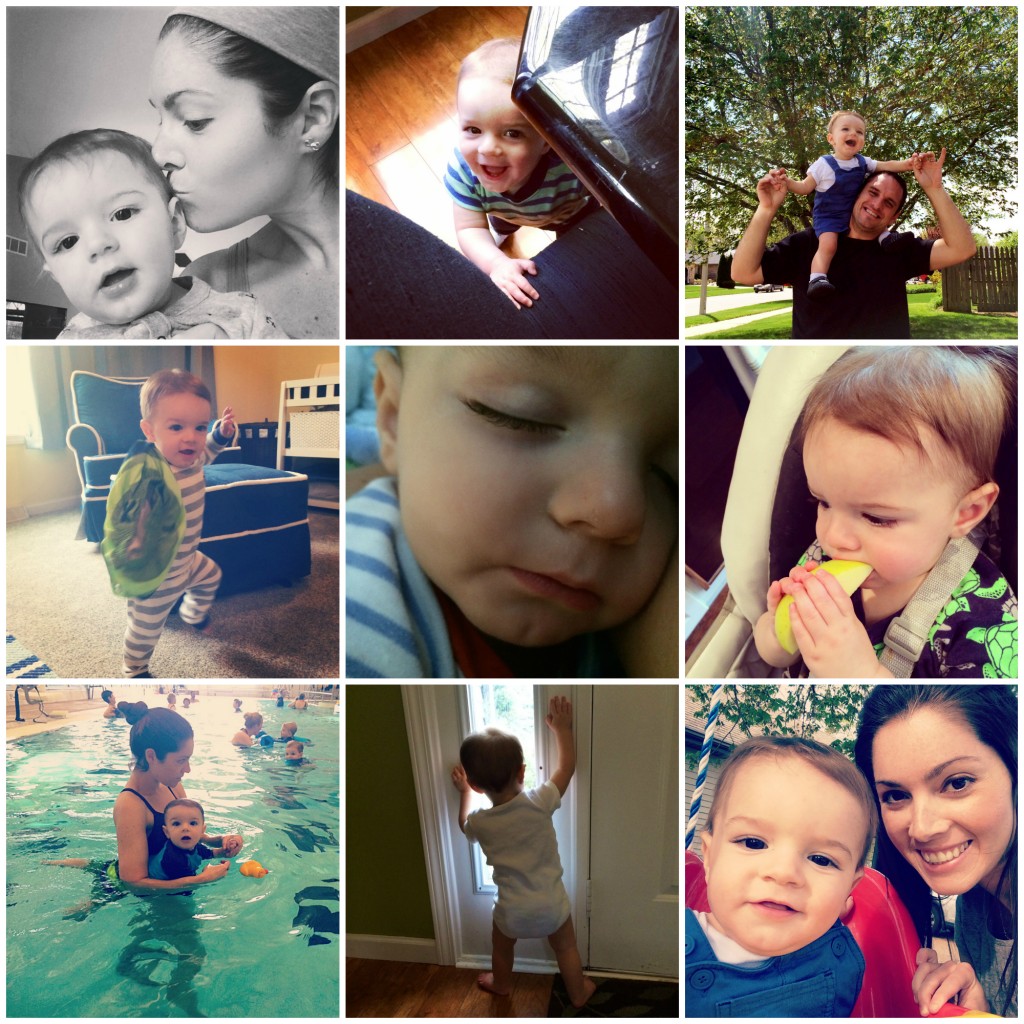 One more month of babyhood, and then we have a fun summer to look forward to with our big boy. Lots of swimming, traveling, and outdoor adventures are in our near future.