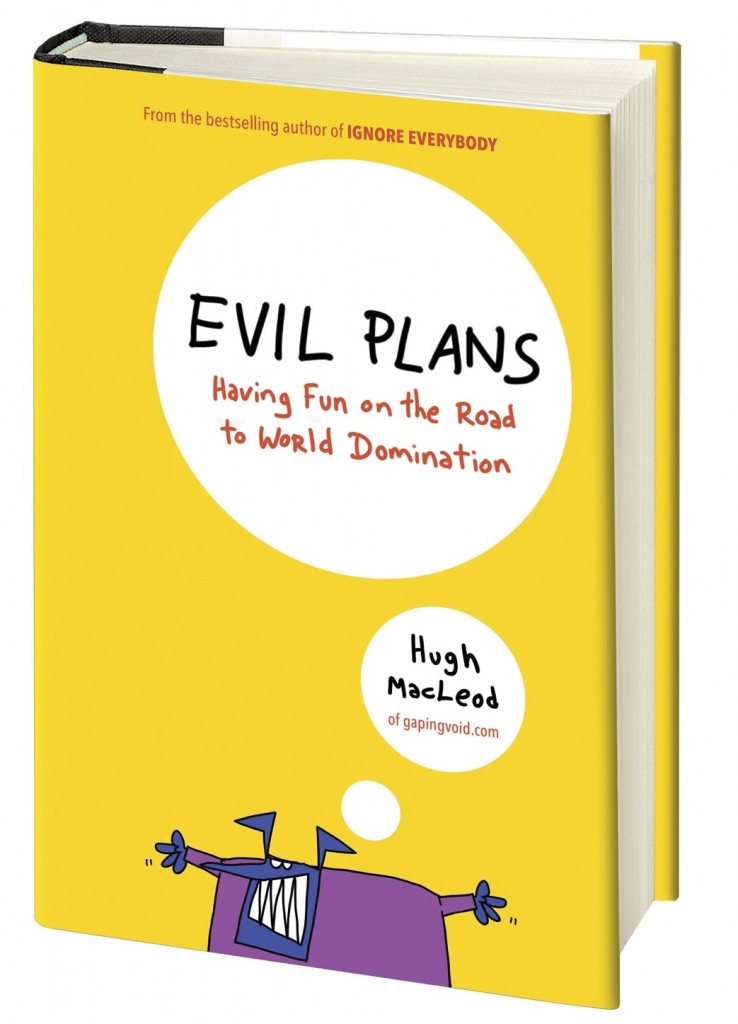 There are a few people on the internet who I look up to immensely.  Chris Guillebeau is one of them, which I’ve mentioned here before.  All of my music therapy blogger friends fall into that category, as well.  But before I discovered Chris, or met any of those music therapists, there was Hugh MacLeod.

Back in 2008, just prior to starting Listen & Learn, I came across an article on the internet called How To Be Creative.  It inspired me so much that I printed it out, and then read it over and over again.  I didn’t pay much attention to who wrote it, or where it came from, until I stumbled upon a book called Ignore Everybody at Barnes & Noble a year and a half later.

The best-selling book was based on that article, and the author was Hugh MacLeod, whose blog contains tons of other great articles and cartoons about marketing, social media, and being creative.  Needless to say, I subscribed to his daily cartoon newsletter and added his blog to my Google Reader immediately.

Hugh’s latest book is called Evil Plans, a term which he defines as “a crazy, out-there idea that allows you to ACTUALLY start doing something you love, doing something that matters.”  This is a book you open at 11 pm, tell yourself you’ll read one chapter before bed, and then before you know it, you’ve read five and don’t want to put it down.  It’s inspiring, funny, and brutally honest.

Hugh says that everyone should have an evil plan.  What’s yours?

(And yes…I have one.  A few, actually.  I promise I’ll spill the beans soon!)