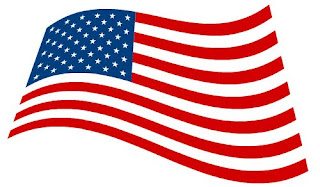 This weekend is, first and foremost, a time to honor the men and women who died while serving in the military.  But for many people (including me), it is also the unofficial kick-off of summer.  Even though I have two days of school left next week, it still feels like summer begins tomorrow.

That might just be because I’m going on a mini-vacation this weekend!  The destination is New York City, and it will actually be my second trip to the Big Apple already this year (read about my first one here).  But this time I’m leaving the hubby behind and meeting up with my best friend Katie for a girls’ weekend.  She’s getting married next year, and since I’m the Maid of Honor, I have the privilege of helping her find a wedding gown and bridesmaid dresses.

So that will be our top priority, but we also have a few other fun plans.  Those include seeing Sean Hayes (of Will & Grace fame) and Kristin Chenoweth in the Broadway musical Promises, Promises, hitting up a few tourist destinations, and meeting up with another good friend who lives in the city.  I’ll have a full report when I return on Tuesday!

What are your plans for Memorial Day weekend?  I hope you’re doing something fun, exciting, and/or restful, depending on your mood.  Be safe and enjoy!