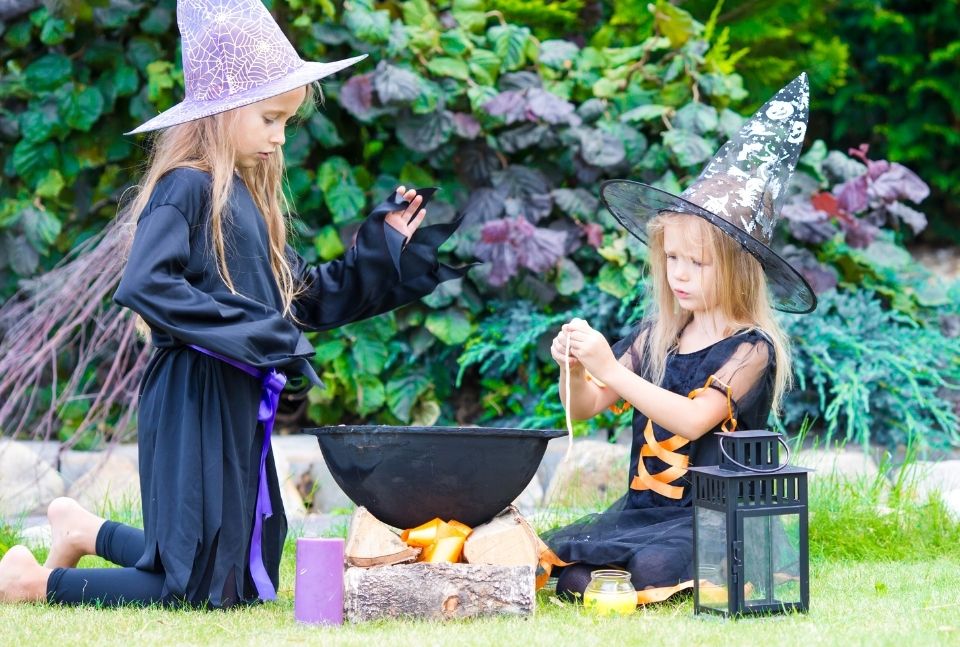 One of the songs I very distinctly remember singing in elementary school was called “Witch’s Brew.” It had movements and everything, and it was a class favorite that we looked forward to every year. Even as an adult more than fifteen years later, I still remember all the words and movements, and imagine my surprise and excitement when I came across the song on the internet! I’m almost positive that this recording (by Hap Palmer) is the same we listened to in school.

I thought that since I enjoyed this song so much as a child, my students would too, so I designed an activity based upon it. I decided to make it visual, so out came the construction paper, Microsoft clip art, and scissors, with which I created this: 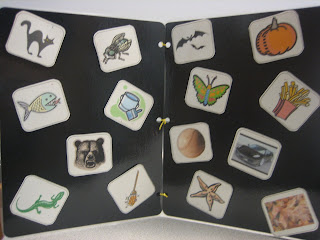 I replaced the items that the song mentions with more innocuous, every day items that my students would better recognize, and made a picture card displaying each item. These include a cat, bat, bear, broomstick, car, french fries, and a fly among others (15 in total, so 3 items in each of 5 verses). I laminated them and put velcro on the backs, and then constructed a “cauldron” of two laminated pieces of black construction paper bound together, folder-style (you could also just use a black folder). I then attached enough velcro so that each picture would have a place.

I changed the lyrics to reflect my new items, and as I sing each item (very slowly, of course), the student finds the corresponding picture from the pile and puts it in the “witch’s brew” (i.e. the black folder). Many of my students also like to do the motions, such as “stirring” with their arms and “casting a spell” with their hands.

You can choose your own items for your “witch’s brew” and if you do, please share the finished product with me! I know it’s a little late for this Halloween, but hey, there’s always next year :)

See you tomorrow for a final Halloween song before we move on to a whole new batch of November songs!