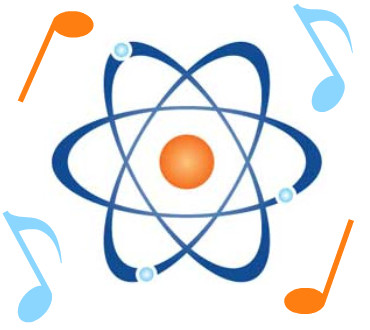 I use music to teach a variety of concepts on a daily basis, from money to making friends to telling time.  These are basic skills that every child learns one way or another, but learning through music is not something students learn as a part of getting their teaching degree. Learning through music is also not limited to elementary subject matter.  When I was in 8th grade, I took an advanced algebra class in which we learned the quadratic formula.  To this day, I can still spout it out.  You know the tune “Pop! Goes the Weasel”, right?

♫ X equals negative B, plus or minus the square root of B squared minus 4AC, all over 2A ♫

I don’t have any use for this knowledge now, but the fact is that almost 15 years later, I still have it — because I learned through song. The same goes for the Preamble to the U.S. Constitution (“We, the people of the United States, in order to form a more perfect union…”), the 50 states, and so on.  A catchy song is so much more “sticky” than a textbook page when it comes to both short- and long-term memory, which is why music is such an effective teaching tool.

In addition to my work as a music therapist, I write custom songs for children to target specific skills and concepts.  I also put together custom CDs, one of which I created this past weekend for my nephew.  Mason turned 2, and for his birthday, I wanted to do something special for him.  He LOVES music, so when he heard all of these songs with his name in them, about all of his favorite things (especially drums), he was ecstatic.

Mason’s party was held at the St. Louis Zoo, and we played the CD while we ate cake and ice cream in the discovery room.  As the party was winding down, one of the employees came over to tell me how much she enjoyed the CD.  She then proceeded to explain how much she loves music, and that she used songs to teach her children all kinds of things as they were growing up.  When her son was in college and struggling before a physics test, she set the key information to music.  Her son learned the “physics song” his mom wrote, and in turn, aced his exam.

Bottom line?  Music can help teach just about any skill or concept, whether it’s as basic as tying a shoelace or as complicated as college physics.