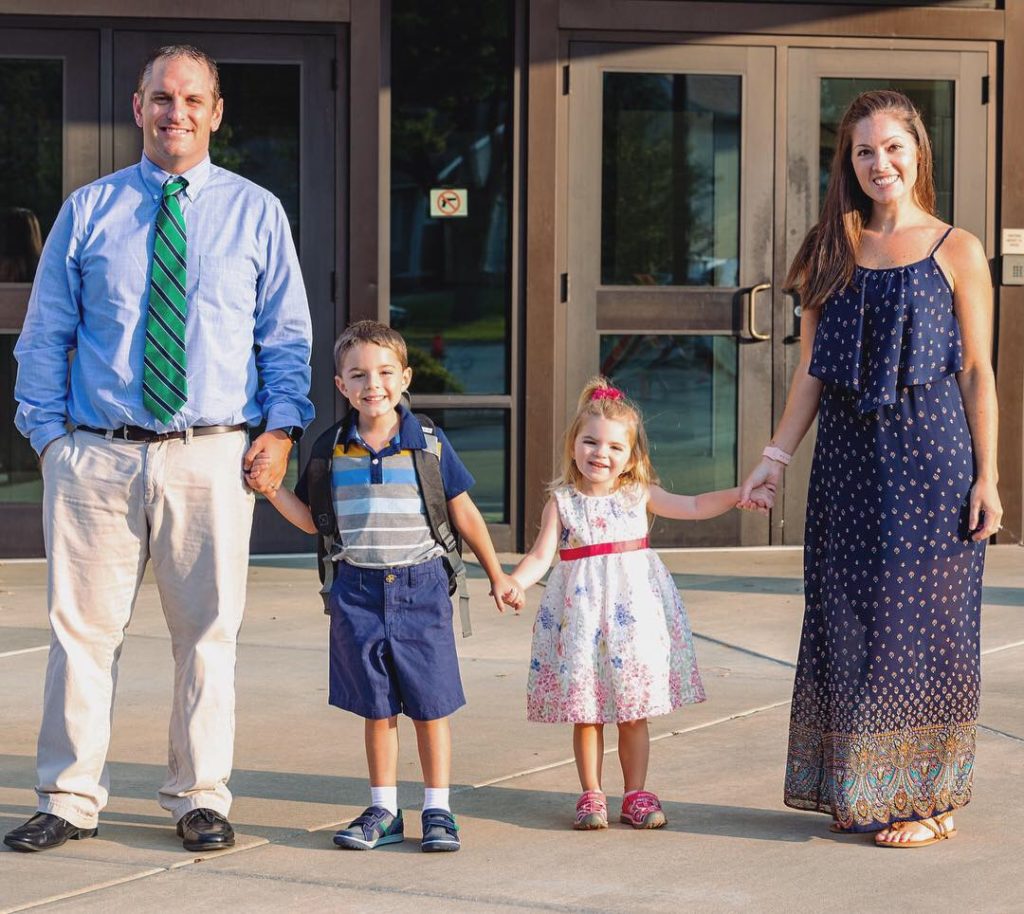 The day we’ve been anticipating all summer — some more eagerly than others — finally arrived: my son Parker’s first day of kindergarten. 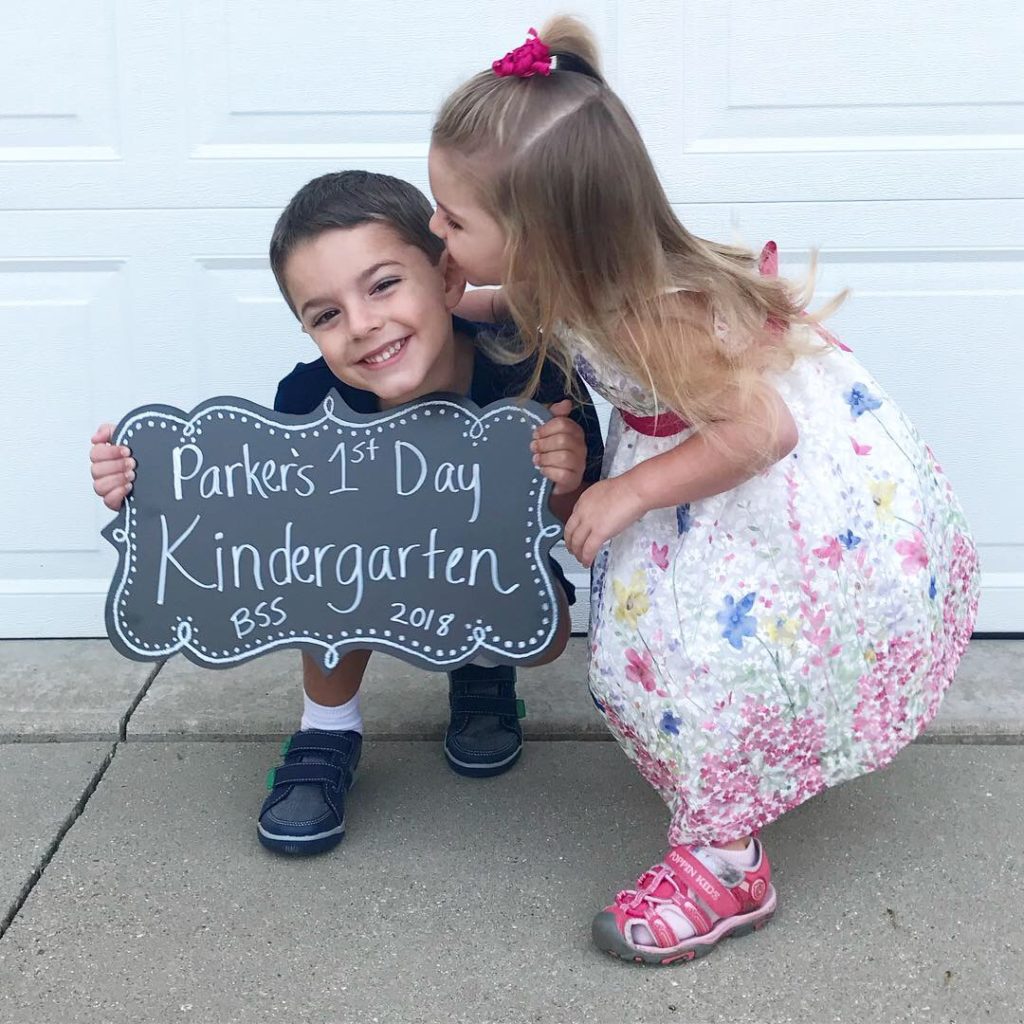 When I asked Parker this morning if he was nervous about his first day of kindergarten, he said, “No…but I’m really gonna miss Mia Belle.” And of course, she wanted to be in every photo with him.

He didn’t mind a bit. After being together in the same daycare and preschool for almost 2 years, it’s a big transition for both of them. Luckily, next year Mia will join Parker at his school for Pre-K and they’ll be there together for 8 years. 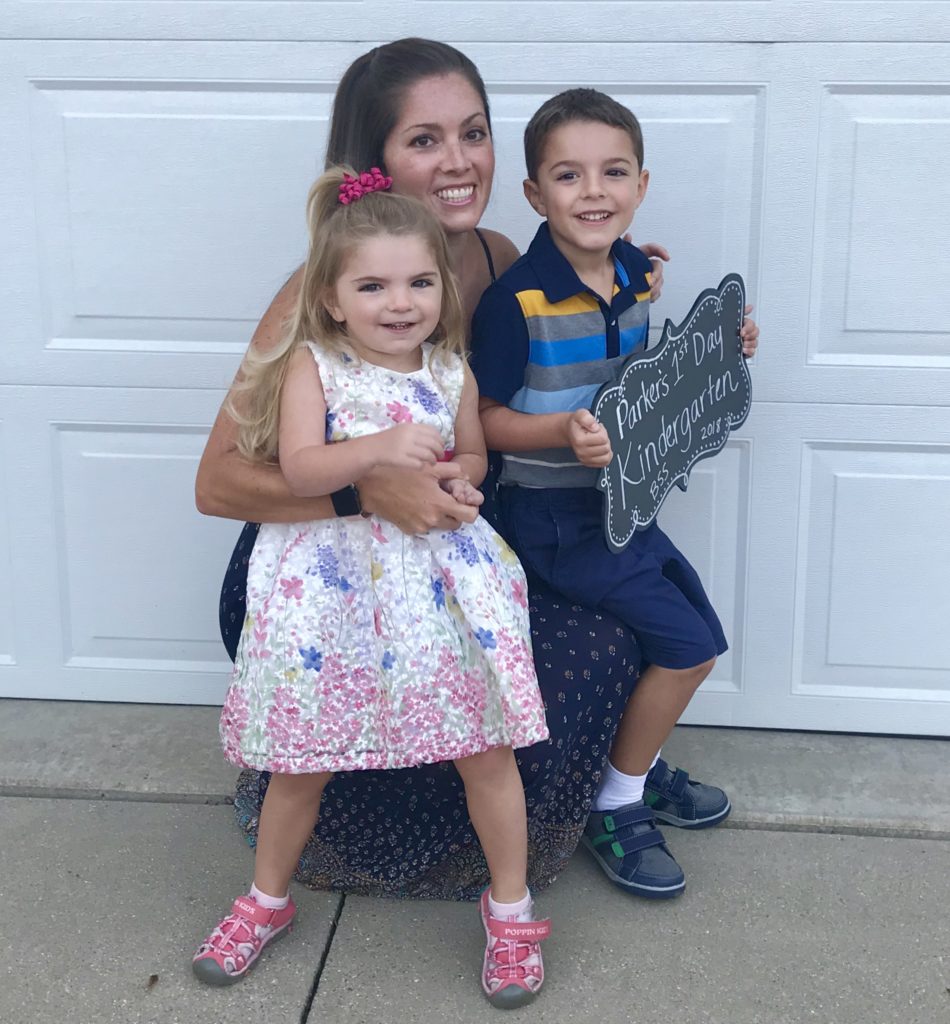 Fortunately, Parker’s excitement helped to calm my own nerves and emotions. I was afraid that sending my first baby to kindergarten would bring on some serious waterworks, but I kept my composure through it all.

We were the first family to arrive at school, so we spent some extra time taking photos before Parker’s classmates joined him. A friend commented on my Facebook post that we should recreate the photo below on his last day there at the end of 8th grade. How fun is that idea!? 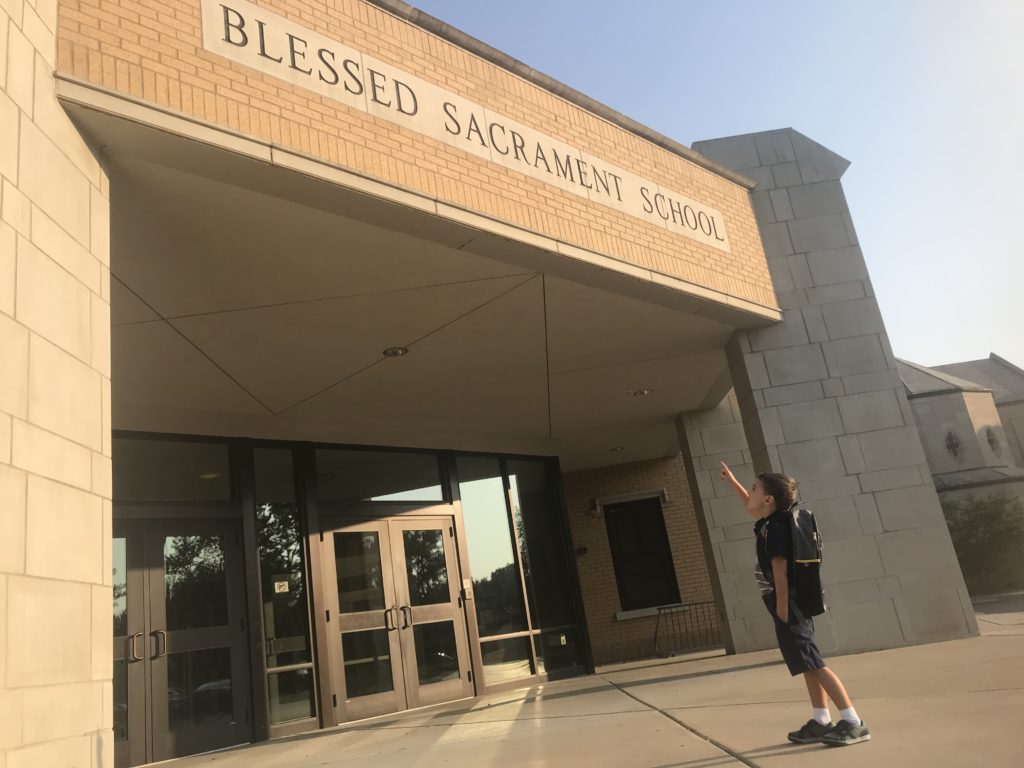 I was beyond impressed with Parker’s confidence and bravery. I thought maybe he’d feel a little overwhelmed, being at a brand-new school with lots of big kids. But he wasn’t phased one bit…only happy and excited.

He’s still little enough that it’s cool for his parents (and grandparents) to be with him at school, and we all got hugs and kisses before he started his kindergarten adventure. 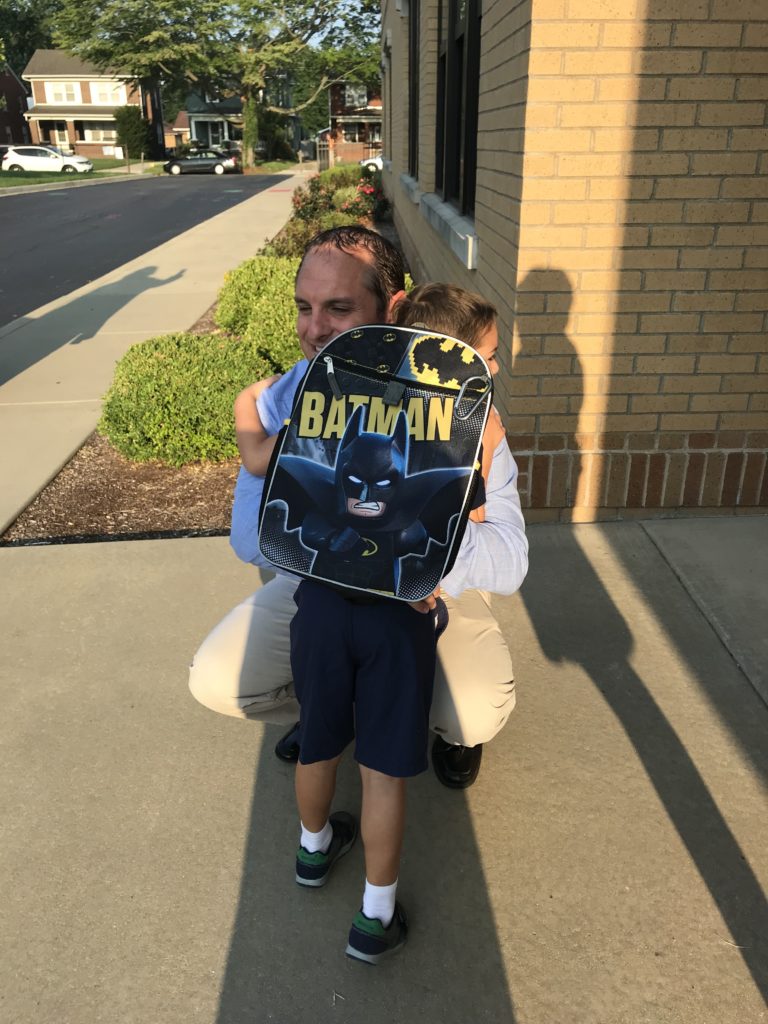 When it came time to line up with his class, he ran to the front and started marching into the building. When I yelled goodbye to him, he turned around and waved with the biggest grin on his face.

He wore that same grin when he came running out of the doors at the end of the (half) day wearing his “first day of kindergarten” hat. I got to hear all about his new classmates, where he sits, and many other important facts. 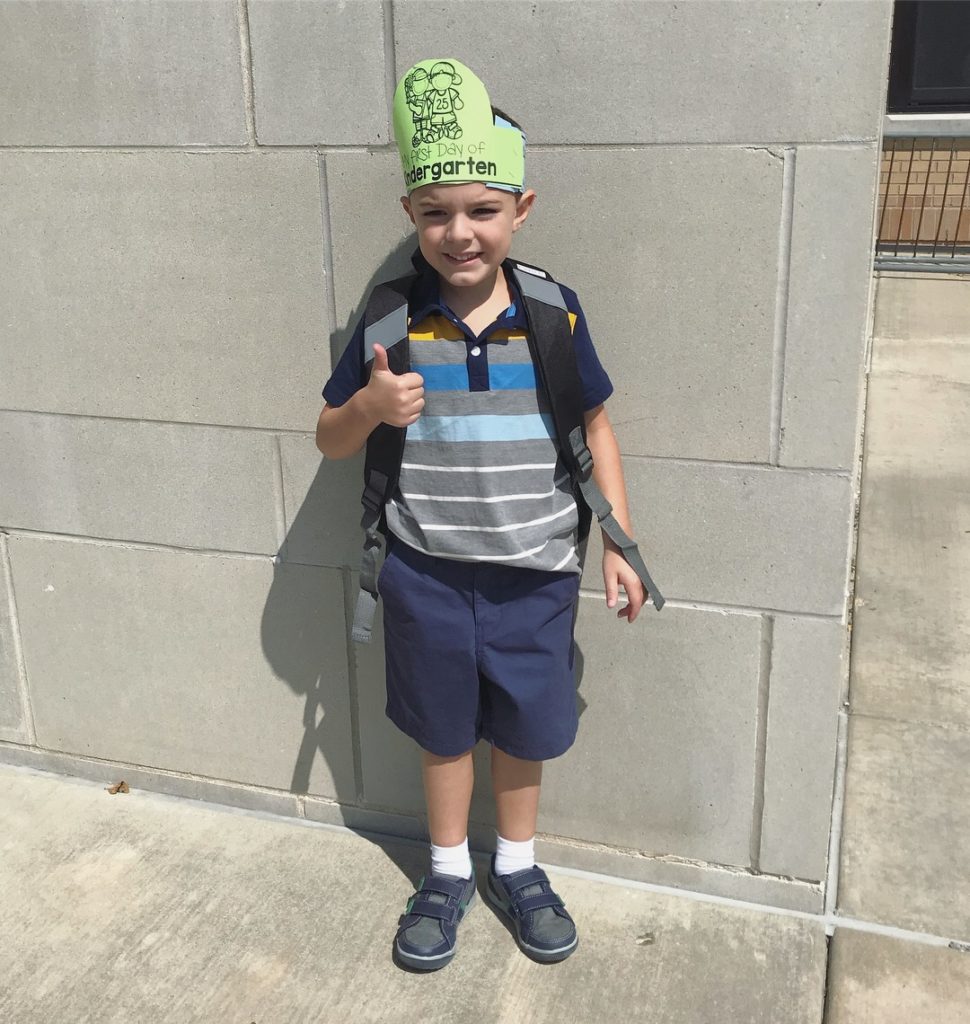 We celebrated his first day with games, pizza, ice cream and friends at Chuck E. Cheese afterwards, and he was all too eager to return to school today for his first full day.

I get to pick him up in an hour, and I can’t wait to hear all of his latest stories. The best is listening to him describe kindergarten to his little sister, who completely adores him.

I’m happy to have survived this big milestone, as I’ve been fearing it since I started seeing “back to school” photos on Facebook when Parker was just a few months old. But it was much less painful than I anticipated, and I think we’re in for a great year ahead!