My Own Version of “Sasha Fierce” 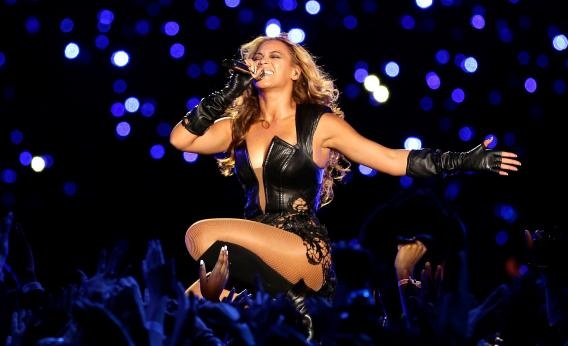 The day I found out that Beyoncé has an alter ego for performing on stage is the day I got over my insecurities about being an introvert. If she needs a little boost to go out in front of thousands of people, then it’s okay for me to need one in my daily life, right?

Performing has never caused me much anxiety, because I’ve always taken a page from Beyoncé’s book and slipped into character as “Rachel the performer” (or if it’s a musical, whomever I’m playing) before going on stage. But leading groups and classes, constantly interacting with people, and thinking/singing on my feet — that’s a whole different ballgame.

Music therapy is an extroverted profession, as I learned on day 1. I think the social aspect of being a music therapist was my biggest challenge from the very beginning, and it took awhile for me to get comfortable. Becoming a business owner brought along an entirely new set of social challenges. There are still days when it feels really hard to be “on” (especially before my kids became good sleepers and I was perpetually exhausted), but I’ve developed strategies that make being an extroverted introvert possible.

My go-to strategy, the one I rely on every single day, is getting into work mode by channeling my very own version of Sasha Fierce. I don’t have a cool name for my alter-ego, but I tend to think of her as “Rachel Rambach” — the professional version of myself. It was right around the time I got married and acquired my new last name that I started feeling like a real music therapist and got up the courage to put my work out there on a bigger scale, growing my private practice and starting Listen & Learn.

As silly as that probably sounds (it does feel pretty absurd now that I’m putting it into words), it’s actually really effective. So, how exactly do I get into “Rachel Rambach” mode? That’s the fun part: I turn on music that I know every word to and that makes me feel incredibly empowered. Here are some of the songs currently on my list:

The list is always changing, and it doesn’t really matter what song I’m singing along with at the top of my lungs…it’s the feeling I get from doing so. I’m sure I look like a crazy person to other drivers on the road, belting my heart out for the entire 7-minute commute, but it’s a small price to pay compared to what I get out of it.

This is such a quick, simple thing, but it really does make a difference in how I feel as I start my work day. It’s especially crucial on mornings when I teach early childhood classes, since those require so much more socialization not only with kiddos, but with their families as well. If I need a boost at any point in the day, I just repeat the process in my car.

At the end of the day, I am physically and emotionally exhausted from funneling all my energy into social interactions with my students, clients, their families, and anyone else who crosses my path during the day. It feels good to come home and give “Rachel Rambach” a rest, though very often, bedtime with a toddler and preschooler is even more exhausting ;)

So, am I the only weirdo who has an alter ego for my daily life as a professional? If not, make me feel more normal by sharing your own experiences.