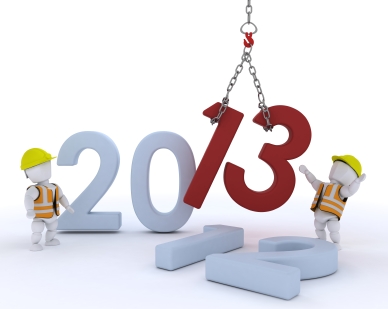 Here’s the cold, hard truth: the transition from 2012 to 2013 has been a little rough for me. Not because I wasn’t ready for the start of a new year, but because physically, I was in bad shape. I’ve had enough cold bugs in the past that I normally stand up to them like a champ, but this last one got the best of me.

I spent the final three days of 2012 in bed, only getting up to fulfill two performance obligations (including one on New Year’s Eve, when I was at my very worst). There was so much I wanted to do — take down my Christmas decorations, clean my house, write my “2013” song, and get my studio ready for the new semester — but nothing got done. This was one of those rare occasions when I decided to really listen to my body and put my health above all, something I wasn’t used to doing before I was pregnant.

That extra rest paid off, thankfully, and I was ready for my first day back to work yesterday. I’m still not feeling my best, and my voice isn’t nearly back to normal, but I’m thrilled to be functioning as a human being again.

And I’m finally at the point where I can be excited about the start of a brand new year. There is so much to look forward to in 2013; so much, in fact, that I decided not to overwhelm myself with any HUGE goals or resolutions. With my first baby on the way, I need to focus on bringing more BALANCE into my life…something that has eluded me in the past. And that was okay; I could get away with overloading myself with work up until now.

So while I may not be committing to blogging every single day or writing a new song every week in 2013, I am making a promise to set an example in productivity, creativity, and progress in both my work and personal lives…while maintaining my sanity and keeping my stress level to a minimum (both of which where challenged frequently over the last few years!).

My next balancing act of the day involves eating a healthy breakfast, followed by getting to work recording my new “2013” song — well, the instrument parts, at least. I’ll have the finished product here for you just as soon as my voice returns in full. Thanks for being patient, and for following along with my quest for balance in 2013!