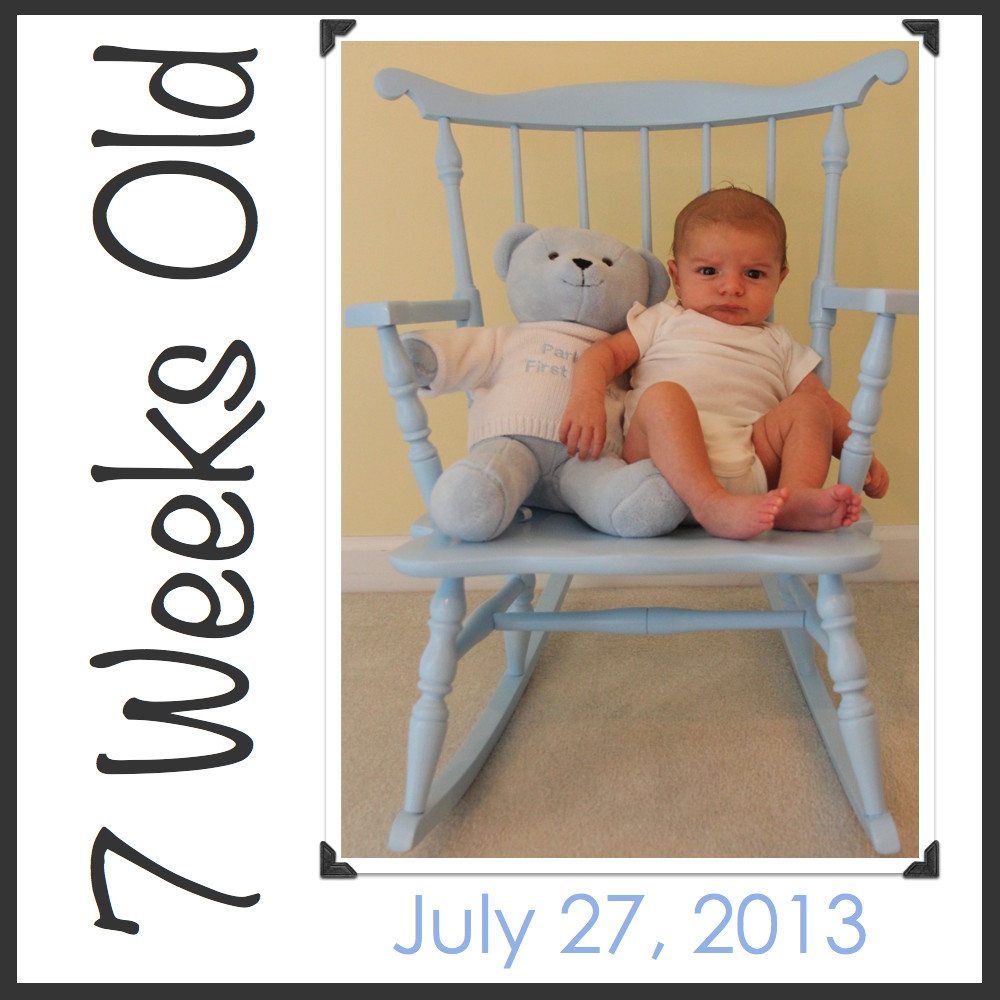 I kicked off week 7 of Parker’s life by watching The Happiest Baby on the Block DVD, which had been sitting on our dining room table since he was born. Why I waited so long, I have no idea…I could have saved myself many hours of frustration.

I knew the basic principles outlined in both the DVD and book (which we also have in our possession), but it was what I didn’t already know that saved naptime. Prior to watching the video, we had been repeatedly trying to put Parker in his swing either on the lowest setting or just keeping it still. BIG mistake. I learned that babies like the FASTEST setting best, so armed with that knowledge and the new “white noise” app I downloaded, I tried the swing again. Lo and behold, he loved it. And most importantly, fell asleep almost right away.

No more refusals to nap anywhere but my arms; now he’ll sleep up to 3 hours during the day in his swing. I feel like a new woman now that I have the time and freedom to get things done around the house and on the computer. I also feel a little bit guilty, not holding him as much as I did before, but I know I shouldn’t — he is a much happier baby overall since he sleeps so well in his swing!

Week 7 also marks Parker’s first celebrity moment. I entered his photo in a contest for People Magazine,  and it was one of 15 that was chosen to be featured on their website. Really, though, how could they not have chosen it? 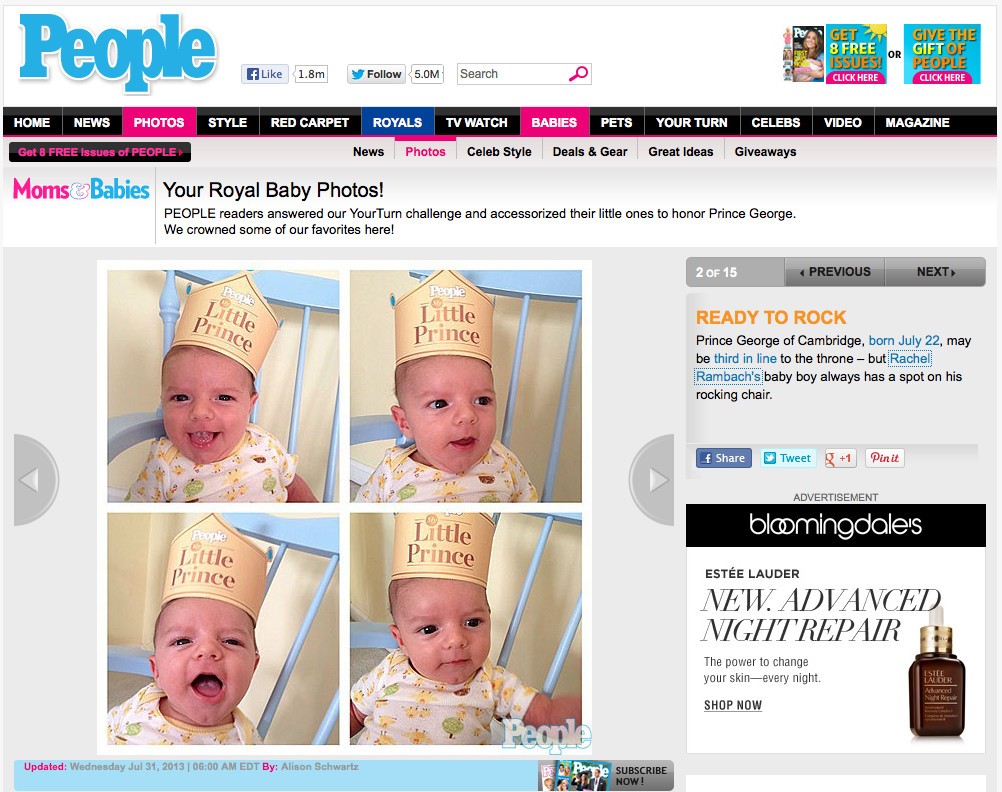 Our baby is famous! Haha. Zach and I are still playing paparazzi with all the photos and videos we take of him. Here’s a video I sent to Zach this week…it’s so fun to see Parker getting interested in his toys and playing more as he gets older.

I can’t believe that Parker will officially be 2 months old in just a few days. I feel so lucky to get to spend every day with him, even when I go back to work next month. Zach and I agree that he is the best thing that ever happened to us!