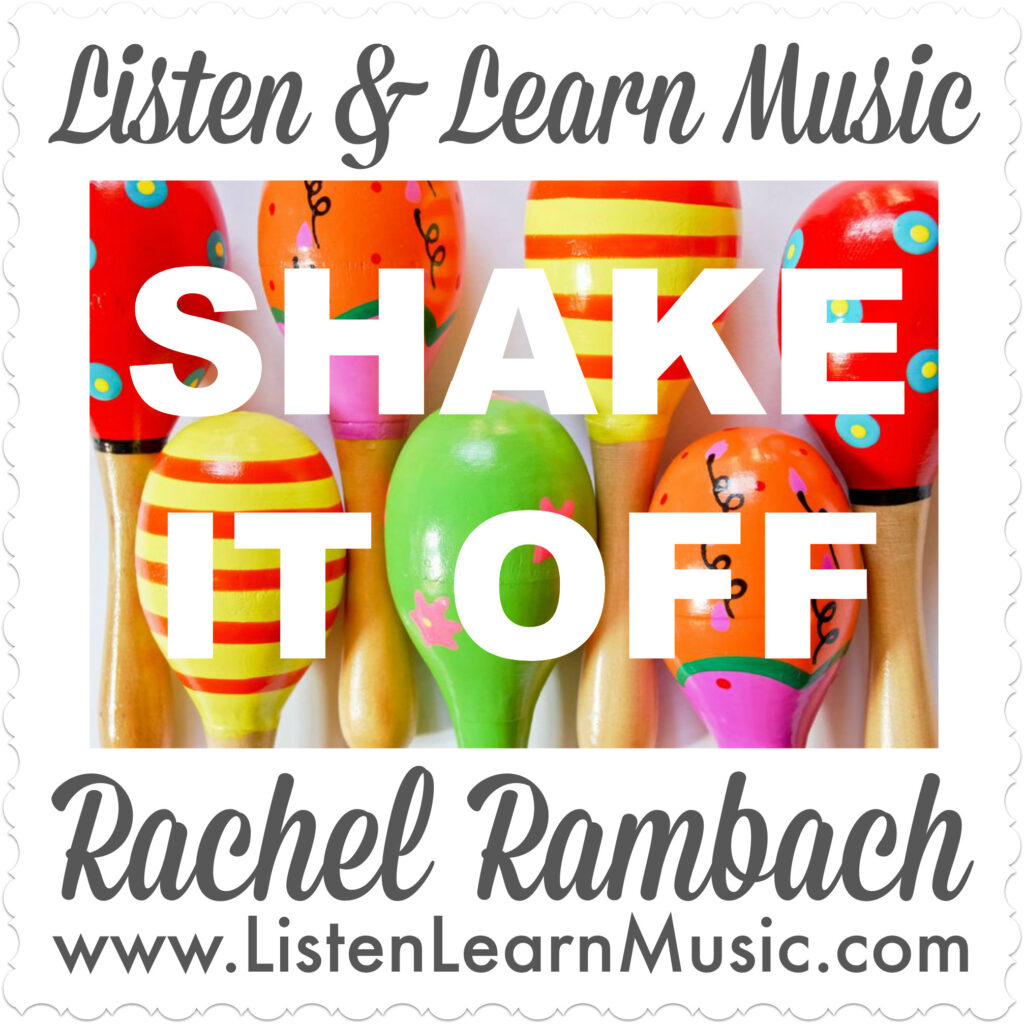 I could very easily say that I’m only familiar with Taylor Swift’s music because my students love her, but that would be a bold-faced lie. The truth is, I’ve been a T-Swizzle fan since the beginning, back when she was a country artist.

I like a lot of her songs (and even perform several of them regularly at gigs), but something about Shake It Off grabbed my attention and reeled me in the first time I heard it. This song is fun, catchy, and best of all — self-empowering.

And as appropriate as it is in its original form for some of my music therapy clients, I wanted to create a version that I could use in just about any setting. My adaptation is quite literal; shakers aren’t required, but highly encouraged!

What I’ve noticed most when I sing my version is that it makes everyone want to dance (the same effect the original had on me). Just yesterday I watched as a roomful of tiny kiddos and their parents busted out their best moves while singing along. So. Much. Fun.

I don’t make a habit of adapting super popular songs, but this was one such opportunity I couldn’t resist. I’ll end with an apology, because now you’ll probably have it stuck in your head for the rest of the day ;)