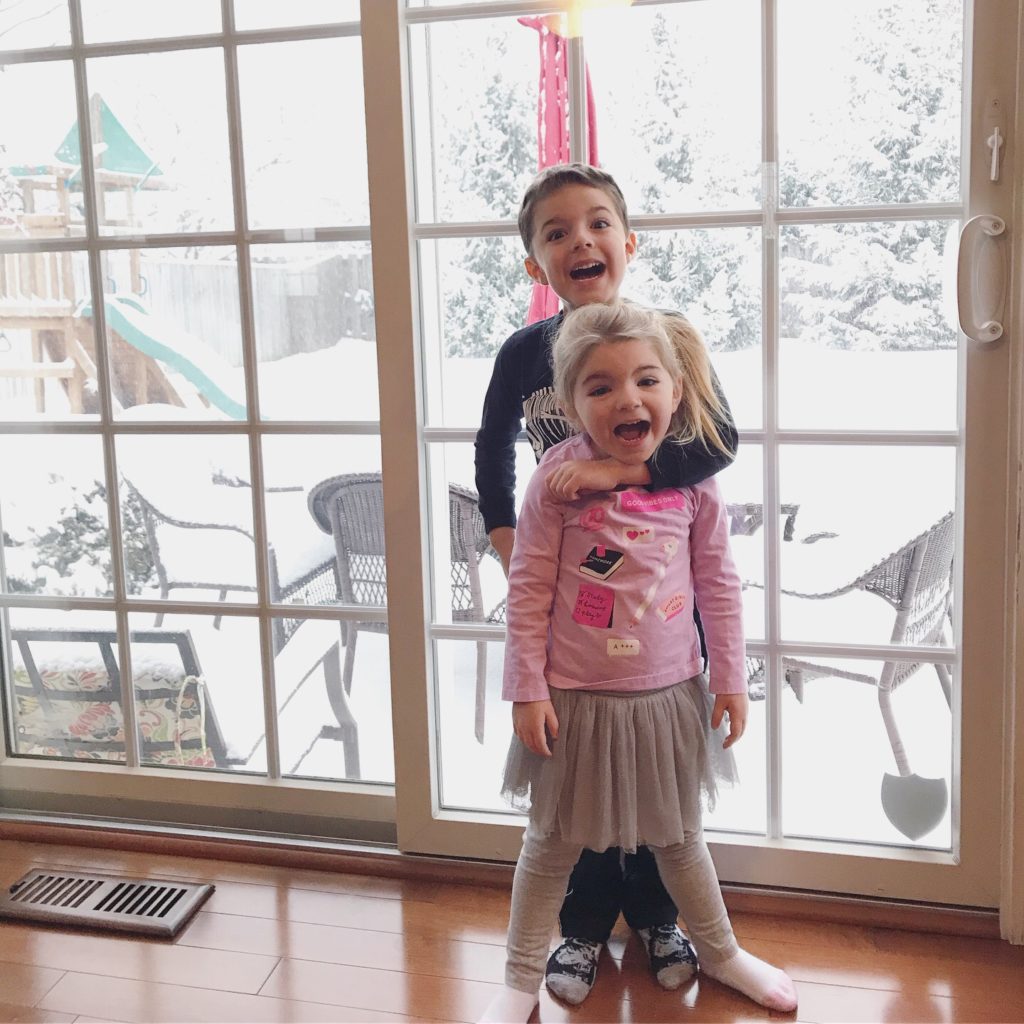 Today was a first on several different levels. First of all, it was Parker’s first official snow day! And second, it was the first time in my life I’ve ever experienced a snow day…in November. Definitely didn’t see that coming!

When Parker came downstairs and looked outside, he cheered and then told me, “It’s my dream come true! I’ve wished for this for 100 years!” I couldn’t help but be happy and excited for him, despite the fact that this autumnal snow day was completely throwing off my plans. 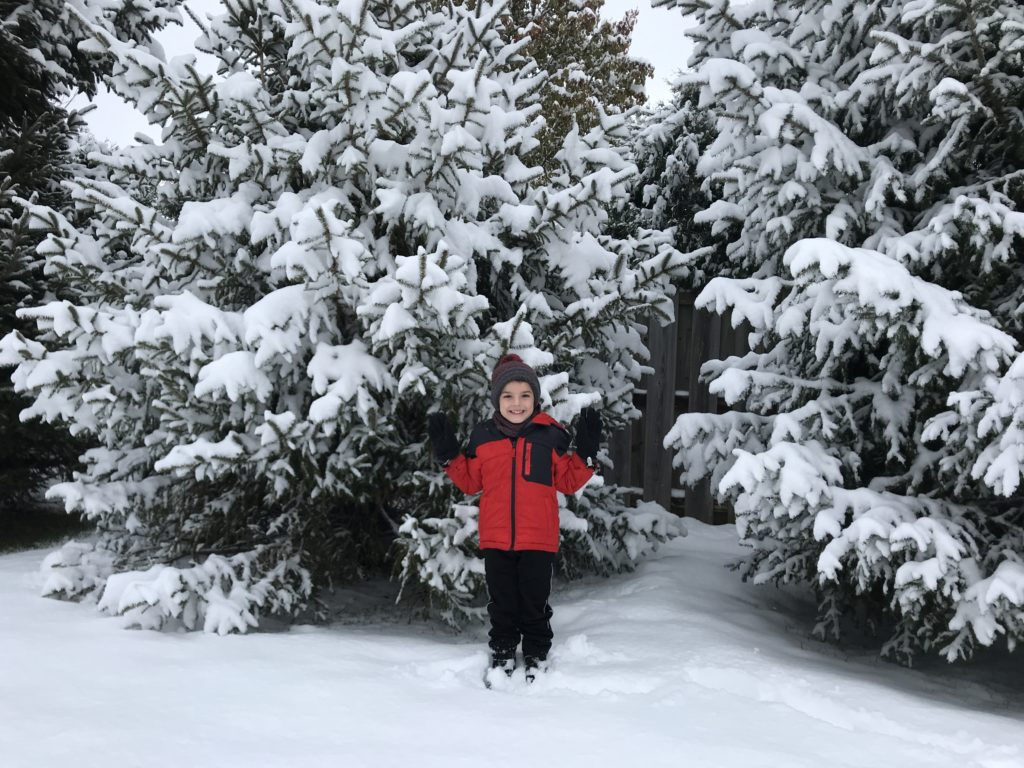 Instead of heading to work as planned, Parker and I bundled up and ventured out into our winter wonderland of a backyard. He was completely giddy, running all over the place and stopping every few feet to make a snow angel. 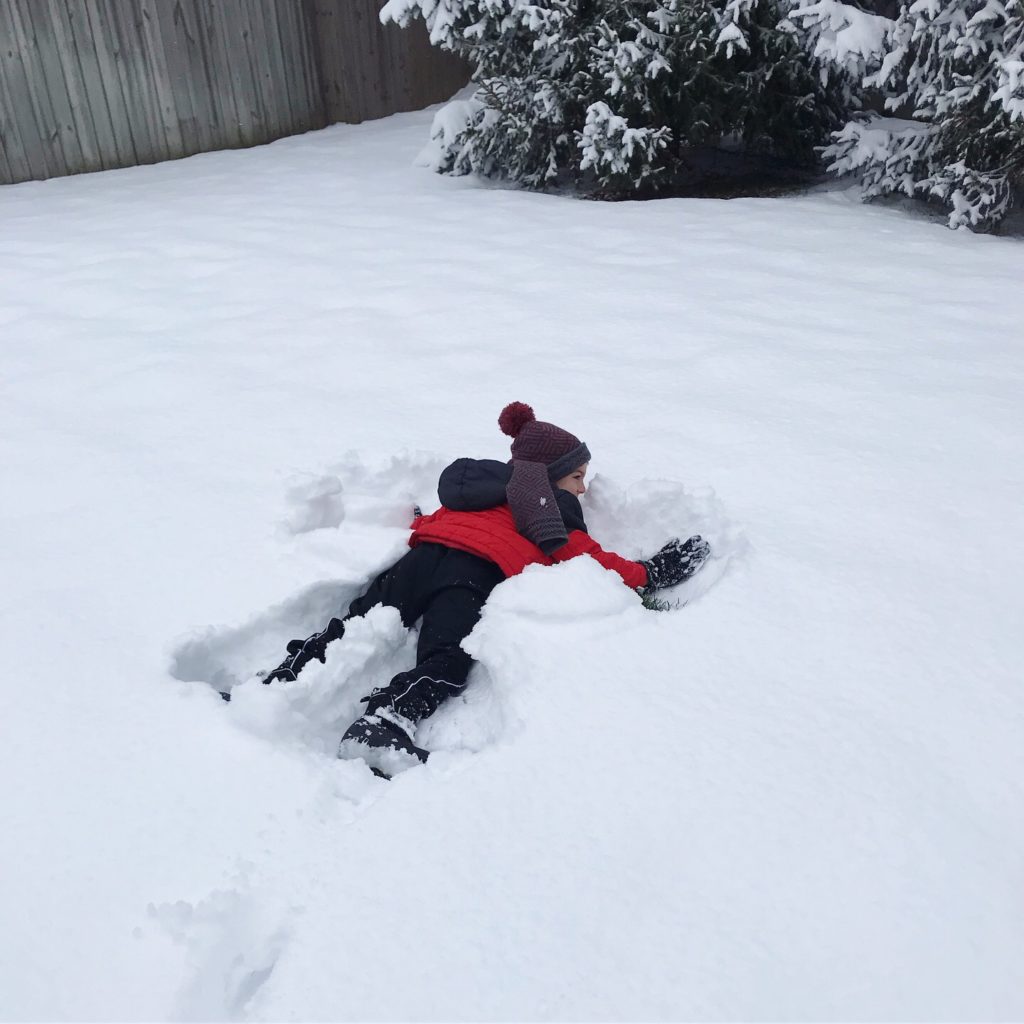 Our big project was building a snowman, and for the first few minutes, Parker was totally invested. We made the base together, and then he ditched me to slide and swing on the snow-covered swingset.

But I persevered, and once our snowman took shape, Parker joined in to add the accessories. We had to improvise a bit with Ritz crackers for the eyes and buttons, and goldfish crackers for the mouth (Parker said they looked like vampire teeth), but I think he turned out pretty cute! 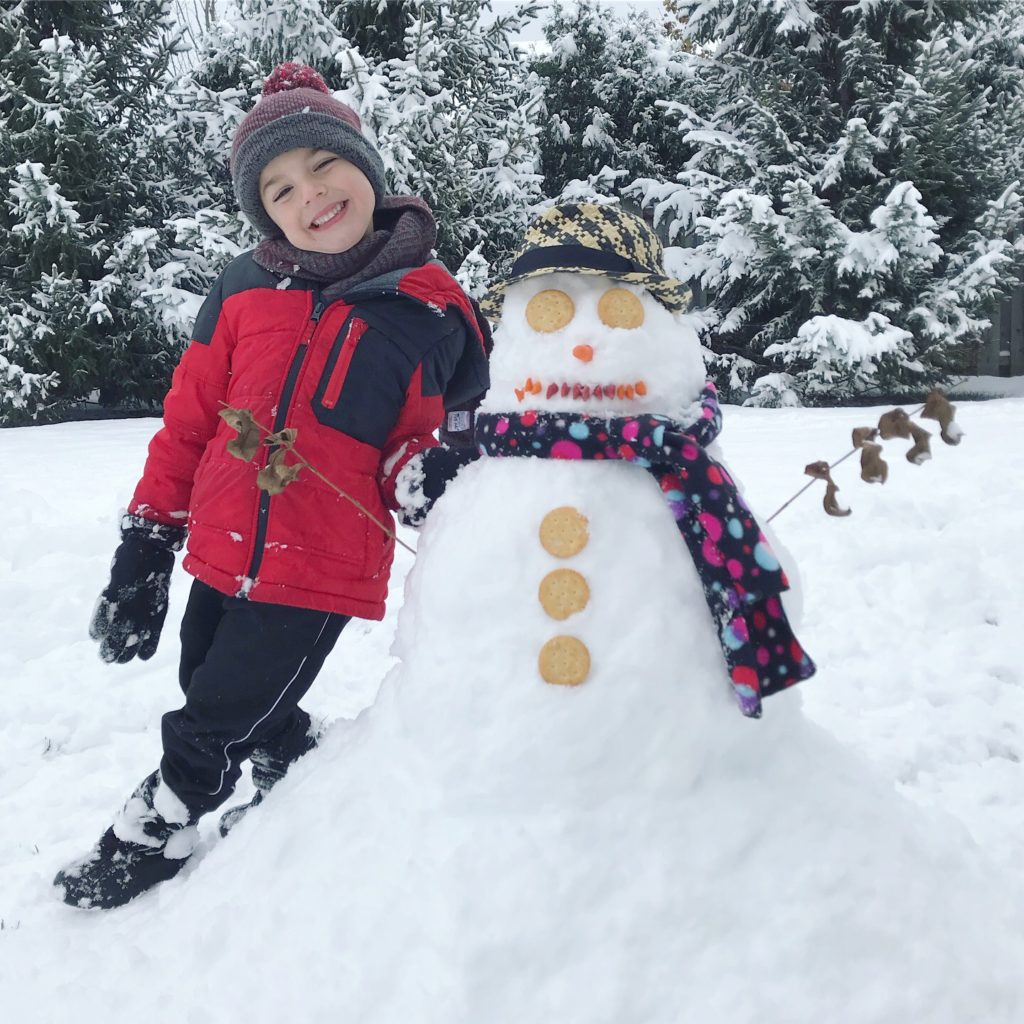 I’m not crazy about the cold, but I have to say, this was one of the best mornings in a long time. There’s something really special about playing in the snow with your child with Christmas music blasting…even when it’s only November. 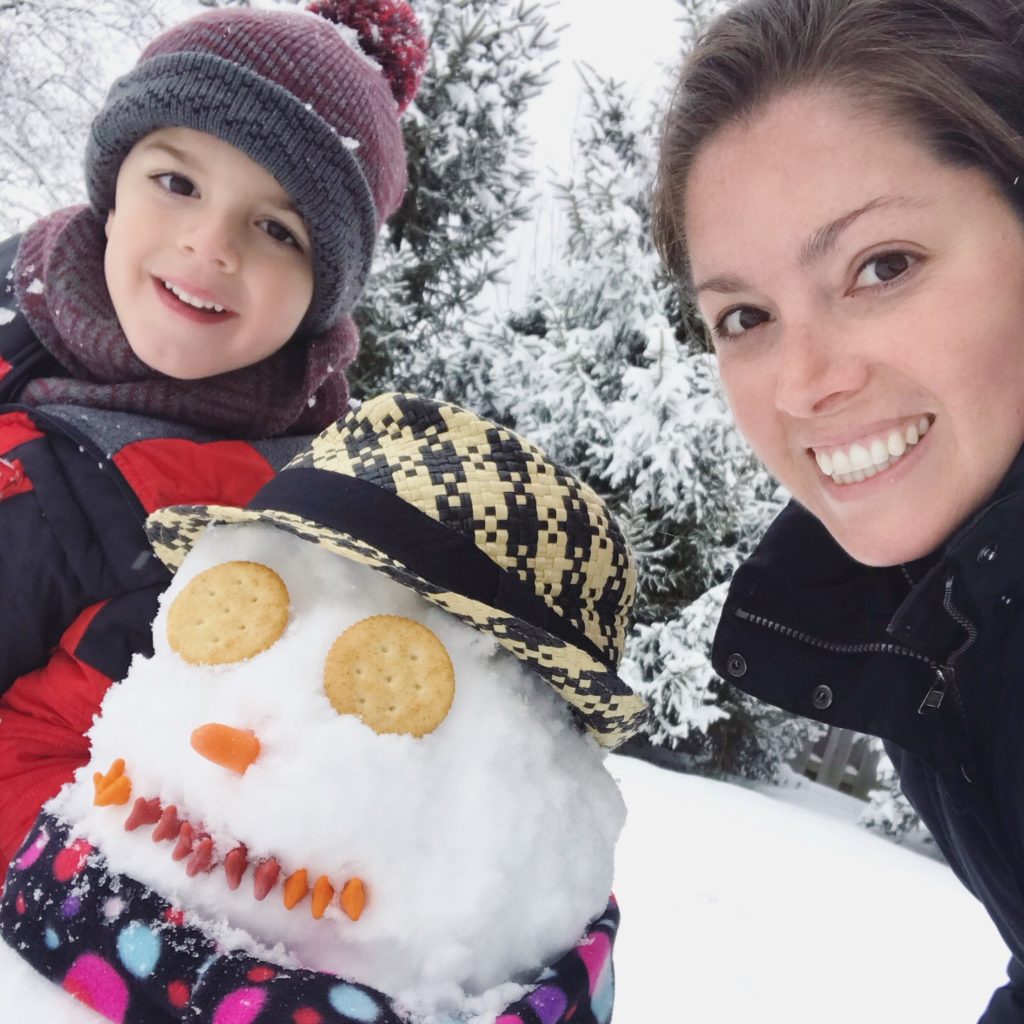 It was the kind of day that made me feel really thankful for the flexible nature of my job. I was able to rearrange my day so that I could stay home with Parker and help him experience a real snow day, which we capped off with hot chocolate and watching Home Alone.

I have a feeling there are many more snow days in our future, but I hope we can make it until at least December before the next one so they don’t lose their magic :)