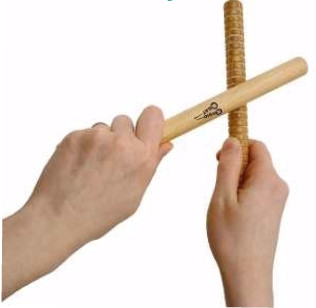 This week, I decided to give one of my OLD songs some NEW life. Tap Tap Your Rhythm Sticks has been a staple of mine since I wrote it way back in 2008 (here’s the original blog post to prove it!) and believe it or not, it’s by far my best-selling song out of the 200 or so I’ve written.

There are several reasons why I think this song has been so popular and effective. First of all, it’s meant to be used while playing rhythm sticks, which are always fun for my kiddos. Secondly, it’s upbeat and catchy. Third, the lyrics are repetitive while still varying enough to keep everyone’s attention.

Not only does this song encourage rhythmic playing, but it also addresses the concepts of loud and soft. Playing and singing softly can be difficult for kids at times, but for some reason, this particular tune does the trick almost every time.

My original recording was low in quality and didn’t include anything other than my guitar and vocals. I think it works much better with a little bass, piano, and of course, rhythm sticks!