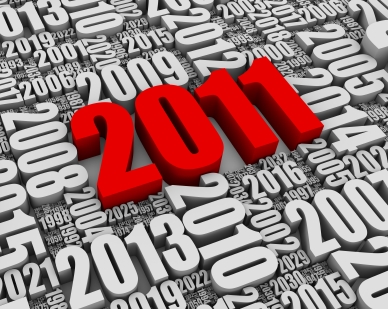 With just four days remaining in 2011, it’s time to take a look back at what has happened this year, both personally and professionally (as I did in 2009 and 2010). 2011 will go down as a life-changing year in my book, to be sure.

I’ve never been one to make new year’s resolutions or set huge goals for myself in January, but for some reason, I took a leap at the beginning of 2011 by announcing my plan to blog every day for an entire year. At first, it was easy — I was full of new songs, topic ideas, and enthusiasm. As the months went by, blogging daily became more of a challenge, especially as my private practice and studio continued to grow. But I stuck with it, and now am only a few days away from reaching my goal. It’s a pretty great feeling!

One of my most frequent blog topics has been my career path. 2011 saw a BIG change when I left my first job as a professional music therapist at The Hope Institute for Children & Families after four years. I took my private practice and studio full-time, more than doubling my student load in June. Those summer months were beyond stressful, but they were proof that I could in fact support myself as a fully self-employed music therapist.

Not only did my career undergo an overhaul, but so did my studio. I said goodbye to my original location and watched as the other side of my house was transformed into a dedicated studio space with a separate entrance. Not only am I in love with the new studio, but so are my students, their families, and my husband (because he now has full reign over the rest of the house when he comes home from work).

2011 was also the year I rediscovered my love for performing. I was active in the local music scene for a couple of years, but didn’t have the time for most of 2010 and the first half of this year. I jumped back in over the summer, and have been going strong ever since. In fact, I’ll spend this New Year’s weekend playing out. Performing is the perfect balance to teaching and music therapy.

Other highlights of 2011: launching Music Therapy Pro with my wonderful colleagues and friends, Kimberly & Michelle; strengthening my connections with other music therapists doing extraordinary things both online and off, and attending another spectacular AMTA national conference.

One thing that has remained constant every year is the love and support of my family and friends. I’m so lucky to have been blessed with parents who stand behind every decision I make and are my biggest fans. Well, actually my husband shares that title with them. He has been amazingly supportive of my transition into self-employment and puts up with all my rehearsals, late nights working, and constant computer time. Blessed really doesn’t even begin to describe how I feel!

I’m beyond excited for 2012, especially where Listen & Learn is concerned. Many of you have asked about my plans (will I continue to blog every day? will I be setting a new crazy goal?) and I’ll be filling you in soon. Thank you for continuing to read the blog, becoming members of Listen & Learn Plus, and sharing my songs and resources with your own students and clients.

What were your 2011 highlights? I would love to read your thoughts on the year as it comes to a close, whether in the comments below or in your very own year-end blog post (or both!).