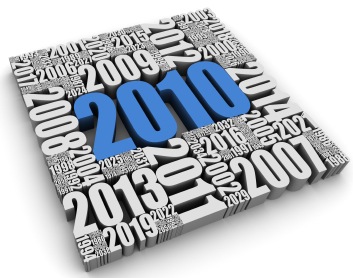 With just four days remaining of 2010, I’ve been thinking a lot about where this year has taken me — both professionally and personally speaking.  It seems like just yesterday I was writing my 2009 review!  But as quickly as 2010 flew, I packed a lot into the past 12 months.  I’ll post a “Top 12” list later in the week; today’s post is a reflection of the year as a whole.  Here goes.

Almost four years into my career as a music therapist, I have to say that I’m feeling more confident in my skills than ever.  At the beginning of 2010, I set out to accomplish a new professional goal: starting a music therapy internship and supervising my first intern.  I was successful in getting the internship up and running, and now my intern is halfway through her nine-month stint at The Hope Institute.  It has definitely been a wonderful learning experience, and I’m already beginning to tackle my next challenge: offering CMTE credits as a CBMT-approved provider.

I’ve also made more connections with colleagues in the professional world.  I was elected to the executive board of the Illinois Association for Music Therapy last December, and have loved becoming more involved with advocacy and continuing education in my state.  February saw the birth of the Music Therapy Round Table, a podcast with fellow music therapists Kimberly Sena Moore and Michelle Erfurt.  The three of us presented our first CMTE course this past November at AMTA’s national music therapy conference, and are already looking forward to doing it again.

Although I’ve been blogging here at Listen & Learn since 2008, this has been the year in which I feel like I’ve really hit my stride.  I ventured into the world of YouTube with my Sunday Singlong series, grew my premium membership base, and became a WordPress convert.  But there is definitely still room for growth, and I plan to explore many more avenues for Listen & Learn in 2011.

This coming year will bring some big changes.  I’m going to be stepping into some uncharted (for me, at least) territory, which I’ll share with you as the next few months unfold.  But for now, I’m looking forward to getting on with what has been a wonderful school year both in private practice and at The Hope Institute.

And personally?  2010 was a relatively low-key year in comparison with 2009.  We’ve been in our “new” house for almost two years now, and our dog Sadie is getting calmer with age (she’ll be 2 in March).  Zach and I are looking forward to traveling quite a bit in 2011, starting with our trip to south Florida in January.  We’re also excited about being in our best friends’ weddings this summer, and finding out what else the new year will bring :)