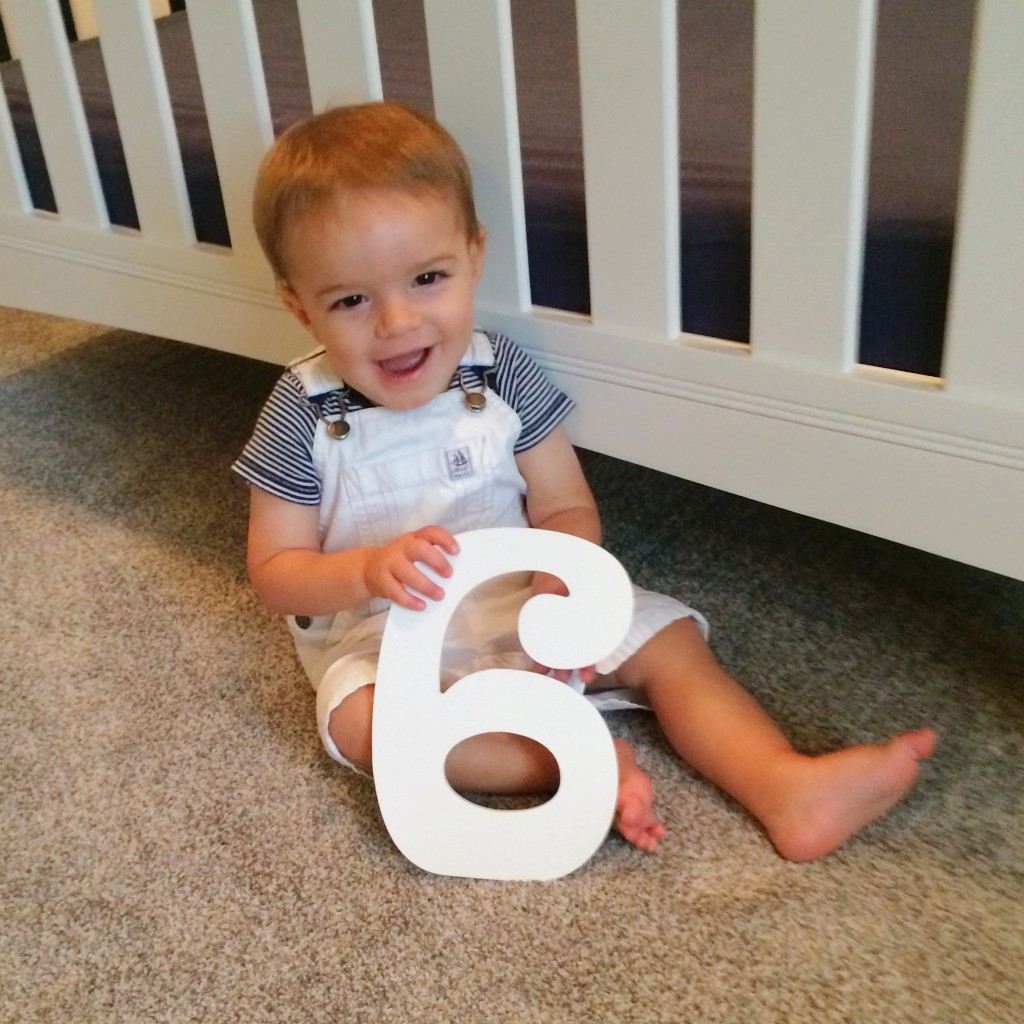 The day Zach proposed to me (7/27/07), I chose a wedding date based on my lucky number: 08/08/08. Conveniently, it’s also a very memorable date, which has worked to Zach’s advantage ;) We celebrated our 6th year together this week — a year that has been by far the hardest, but also the best, of our lives. 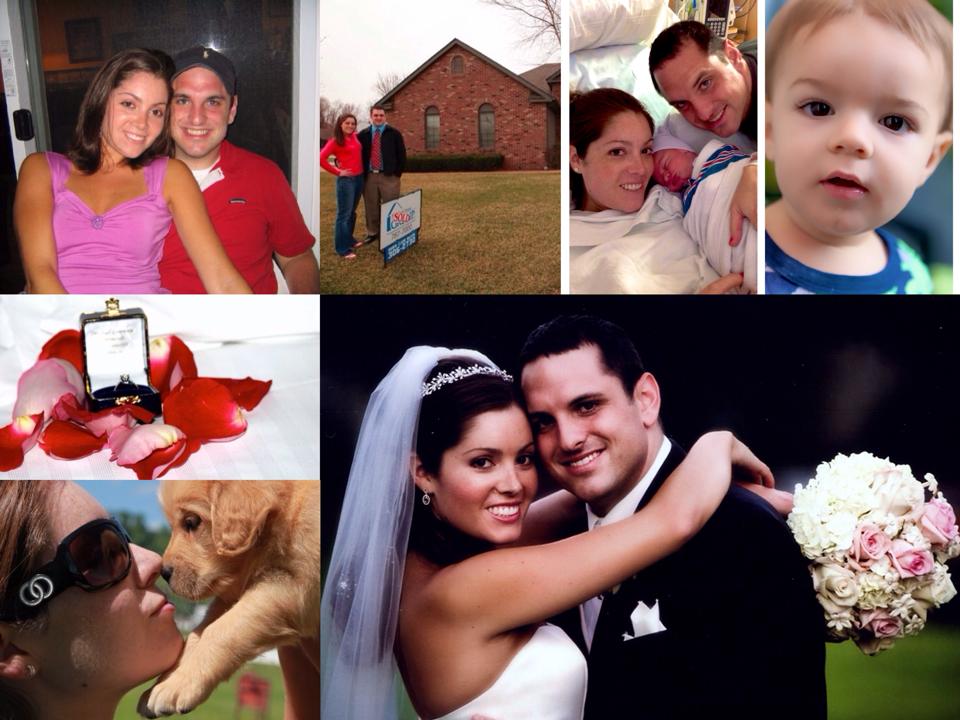 Our wedding day was, up until June 8, 2013, the very best day of my life. It has since fallen to the #2 spot, but for good reason. It was a beautiful, sparkling, perfect Friday in Springfield, and I was surrounded by my entire family and best friends. We had a beautiful ceremony at Laurel United Methodist Church, followed by the most fun party I’ve ever attended at the Inn at 835.

I actually cried as the last song played at our reception, because I didn’t want the night to end. Everyone, and I mean, everyone, was still on the dance floor at midnight, and the facility basically had to force us out. That’s when you know you’ve thrown a successful party! 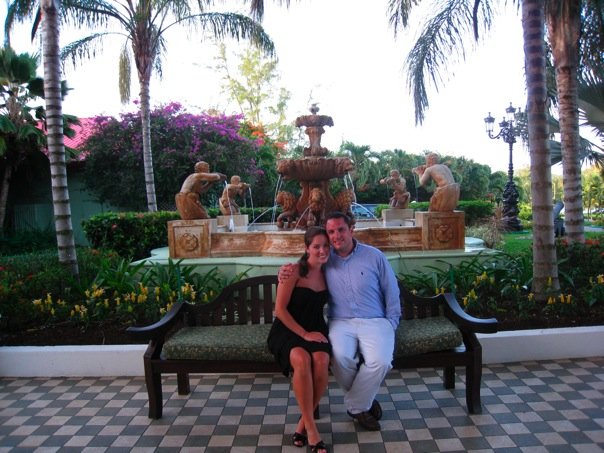 We spend the following week on our honeymoon in St. Lucia, and then came back to “real life” as a married couple at our first house on Holmes Avenue. In our six years of marriage, we’ve tackled some big things (home ownership, getting a puppy, owning a business, pregnancy) but nothing could have prepared us for our first year of parenthood.

Raising Parker has brought us together in so many ways, but it has also highlighted our differences and the things we need to work on as a couple. It’s comforting to know that we aren’t the only parents who have gone through this, and I think in the long run our marriage will be stronger because of it.

My mom offered to host Parker’s first sleepover so that Zach and I could go out and celebrate our anniversary. I think they were both pretty excited about it! Parker didn’t even look back as my mom carried him inside and we drove away. 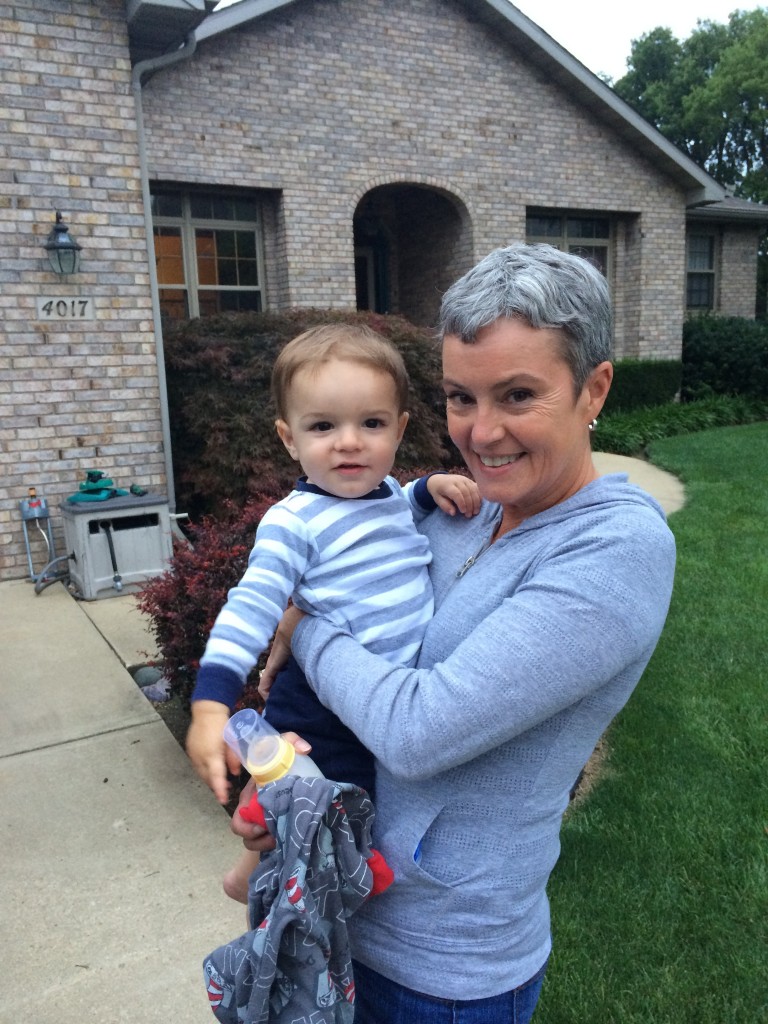 We had dinner reservations at Augie’s Front Burner in downtown Springfield, which is one of my favorite restaurants. We don’t go out to dinner alone very often, so it was really nice to be able to take our time eating and enjoy each others’ company. It was really dark in the restaurant, so the photo didn’t turn out great — but we’ll still add it to our album of anniversary dinners. 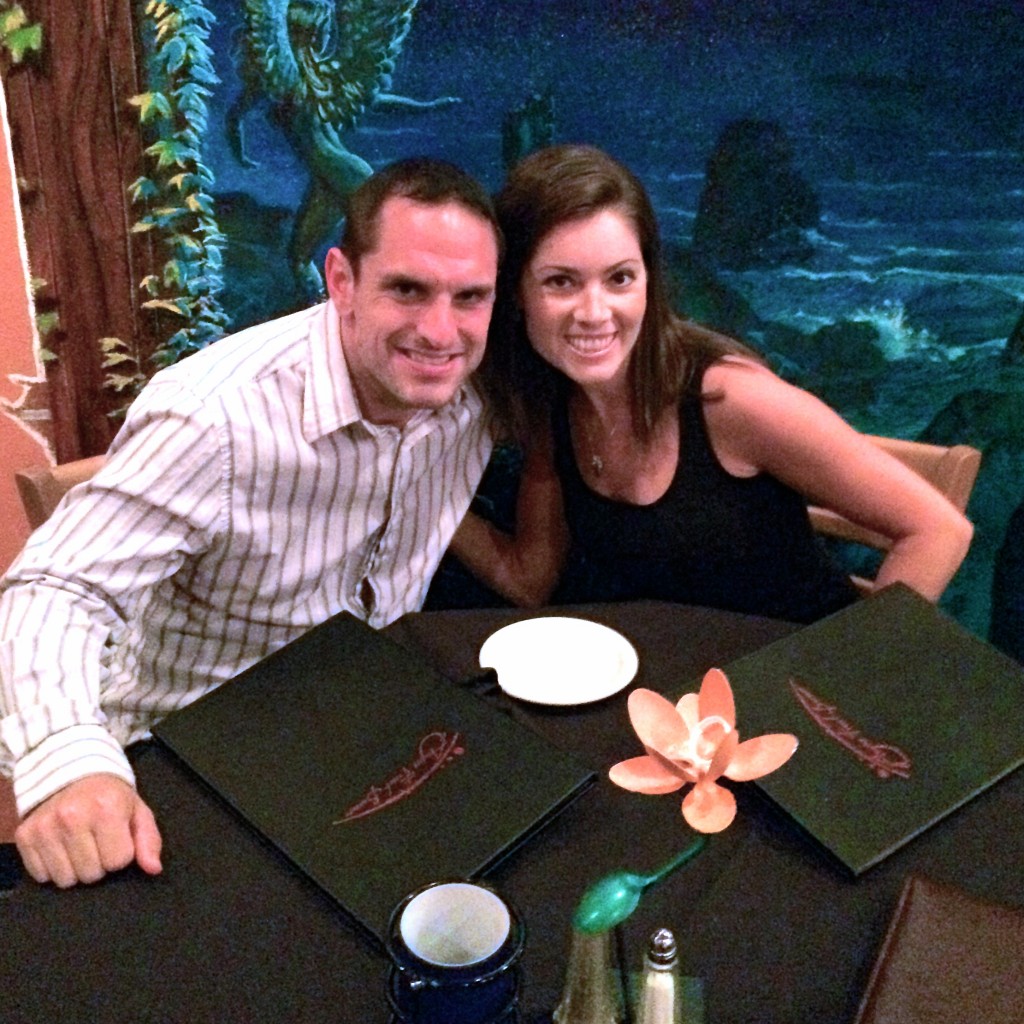 After dinner, we went out for a drink downtown and then came home at the very late hour of 10 pm. So I suppose we didn’t take FULL advantage of Parker being away for the night, but what can I say…we’re old! We exchanged anniversary gifts, me going first as usual (because Zach always outdoes me in the gift-giving department).

I gave him a memory box with photos from all of our previous anniversaries and the one I took of Parker commemorating #6. I filled the box with smaller gifts, each wrapped with a note sharing a “wish” for year #7. We’ll see how many of them come true this year :) 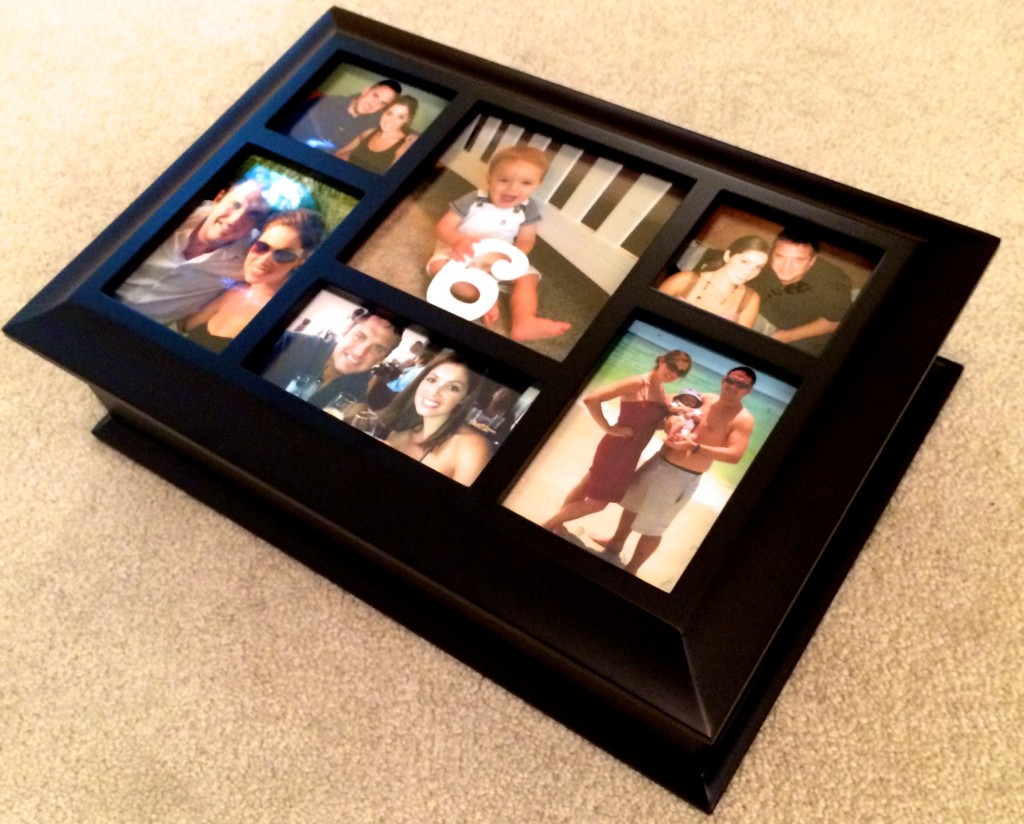 For the past 5 anniversaries, Zach has given me a photo book containing all the highlights of the previous year. It is my FAVORITE present and I look forward to it every anniversary. We have so much fun looking through it together and reminiscing, and when we have guests over, they love going through all the books. It will be so wonderful for Parker to have photo books of our lives, dating way back to before he was even a glint in our eyes. 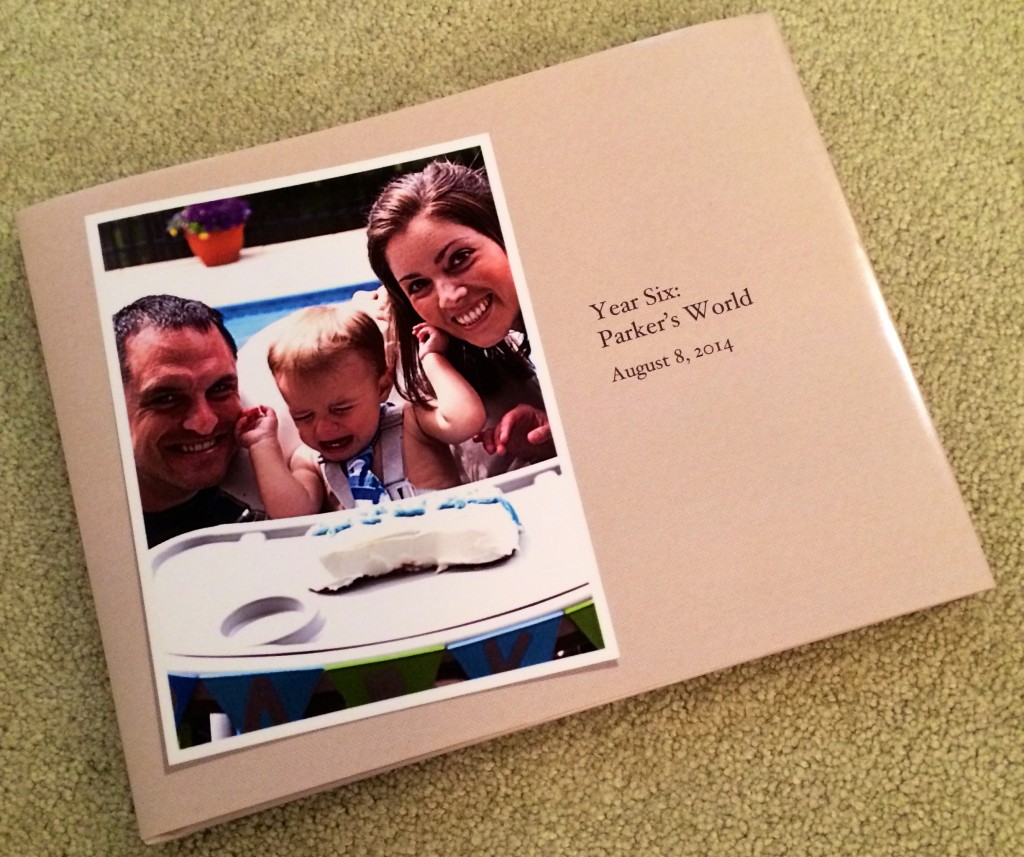 All in all, it was a wonderful anniversary and the start of what has been a great weekend so far! I slept in and woke up to Parker running into my room after Zach had picked him up from my mom’s house. Those two headed to the fair shortly after, so I’ve spent the entire day in my office getting lots of work done. I guess you could call that a bonus anniversary gift!