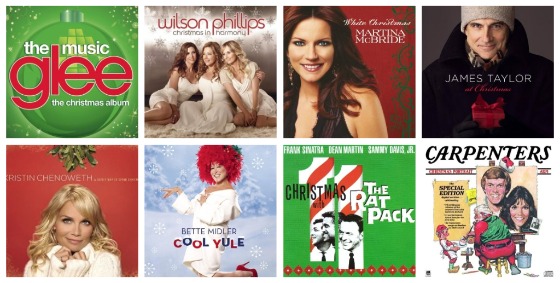 There are few things I enjoy more than a good Christmas album during the holidays.  I’m one of those people that feels it is completely appropriate to break them out at the beginning of November, and I’m always reluctant to remove my Christmas playlist from my iPod come January.

When it comes to holiday music, I don’t discriminate: I’m happy just to listen to the Christmas radio station.  But of course I do have my favorites, which I’m so excited to share with you today.

So on this December 8th, here are my 8 favorite Christmas albums…which I hope you’ll like just as much as I do.  I’ve ordered them according to how long I’ve been listening to them (starting just as recently as last month) and linked each to the Amazon mp3 album download.

There are many more Christmas albums in my rotation, but if I was stranded on the North Pole (or maybe just at the airport) and could only take 8 with me, these would be it.  I hope I’ve introduced you to some potential new favorites!  Oh, and let’s keep this list going…which Christmas albums do YOU dig?