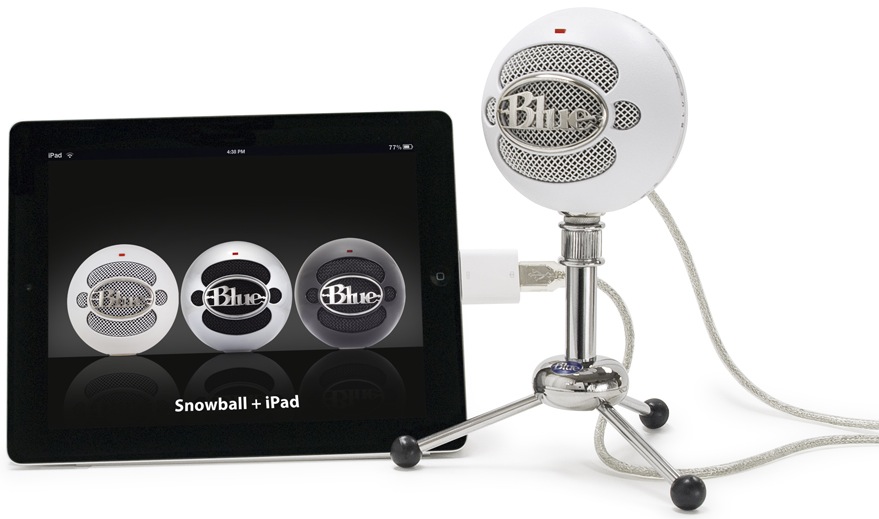 It’s no secret that I love my iPad and use it for tons of music and music therapy-related purposes, from taking lesson/session notes to organizing and displaying my gig music to teaching my students music theory.

One of the first apps I downloaded when I got my ipad was Garageband, and I’ve used it many times in sessions with music therapy clients. But I never preferred using my Macbook version of Garageband when it came to recording myself and my voice students, because the iPad version was missing one thing: a real microphone.

However, that has changed — all thanks to Bonnie Hayhurst of The Groovy Garfoose. I had no idea that there was a way to connect my beloved Blue Snowball USB microphone (the mic I’ve been using and recommending since 2008) to the iPad, until I read her “12 Apps of Christmas” series. Bonnie featured the Camera Connection Kit for iPad and mentioned that she was using it to connect her Blue Snowball mic and record with GarageBand. 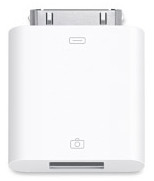 Thanks to this little guy, I’ve been recording up a storm using my iPad. The Camera Connection Kit also comes with an adapter meant to read SD cards, if in fact you actually want to use it for it’s main purpose of transferring photos. It’s SO much easier to record my students with the iPad rather than the laptop, and they love it too!

The next item on my iPad-related wish list is a 1/4 inch adapter for my guitar. I’ve been researching but haven’t decided on one yet…any suggestions? Bonnie? :)