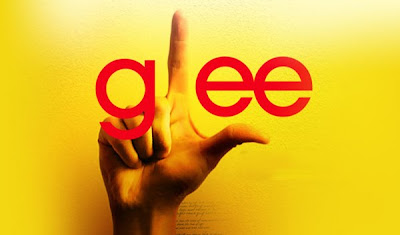 Who else is with me when I say that Glee just might be the most entertaining show on television right now? Judging from the response I received after posting about the return of Season 1 on my Facebook page the other night, I’m not alone in that sentiment. Hard-core fans of this show call themselves “gleeks” – and I just might be one of them!

There are so many reasons why I love this show.  The first is that I’m a six-year show choir veteran, so every episode serves up a big heap of nostalgia (although thankfully, I never had to deal with teen pregnancy, sabotaging gym teachers, or blue slushies thrown in my face).

Next is obviously the amazing music.  The variety of songs, from Lionel Richie to Wicked to Kelly Clarkson,  keeps the show fresh and relevant.  Not to mention the ridiculously talented cast.  Lea Michele, who plays Rachel, is in my opinion the highlight of the show (and NOT just because I really like her character’s name).  My husband, a closeted gleek, and I rewound and replayed one of Rachel’s songs from Tuesday night’s episode three times.

Another thing that makes Glee so appealing is that it’s hilarious.  The absurd plot lines and one-liners are reason enough to watch this show.  It’s definitely not for young children, but I do have quite a few teenage students who are big fans.  We always discuss the latest episode at the start of our lessons, and I think the fact that I watch increases my “cool” factor with them :)

Speaking of cool, I love the fact that this show has made singing, show choir, and Broadway musical numbers cool.  Too bad Glee wasn’t around when I was in high school!  I never thought I’d see the day when “Tonight” from West Side Story and “Defying Gravity” from Wicked – the Glee versions, of course – would show up on my husband’s iPod (just don’t tell him I told you that).

What about you?  Do you watch the show?  If not, I think I’ve made it pretty clear that I highly recommend it.  And now I’ll take off my Glee sandwich board (this post has made me sound like a walking advertisement for the show) and go to class.  Happy Friday, everyone!