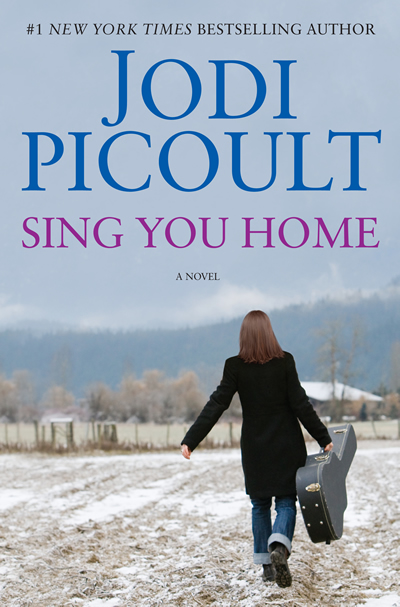 There’s been a lot of buzz about this book in the music therapy world for the last few months.  Why?  Because the protagonist is a music therapist!  That doesn’t happen very often (in fact, I only know of one other book where that is the case), which is why it has caused such a stir.

So of course when the book came out, I made a mad dash to my computer to download the audio version and started listening right away.  It’s safe to say that I enjoyed it, considering I finished the book in just a few days.

Sing You Home is not just about music therapy, to be sure.  Jodi Picoult tackles several big issues, including infertility and same-sex marriage.  As with all of her other books, there are emotional highs and lows, twists and turns, and my favorite aspect of her writing — wonderful character development.

Zoe, the main character who is a music therapist, came alive for me after just a chapter or two.  I felt like I knew her, and the same went for the other characters.  It was so much fun to listen to the descriptions of her music therapy sessions — I kept forgetting I was reading a mainstream novel!

Many of the sessions she led in the book sounded similar to the kinds of things I do in my own sessions, although she worked with a wider range of populations than I.  Zoe faced many of the same struggles that we as music therapists do, including having to explain what she does repeatedly and having to stand up for music therapy as an evidence-based treatment modality.

I don’t want to include any spoilers, so I’ll leave you with this: read the book.  And not just because music therapy is involved!  It’s beautifully written, fast-paced, and makes you think.  Have you read it yet?