How Do You Help a Child Cope with Loss? 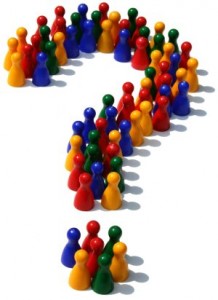 The other day I read a thought-provoking blog post by a mother of a child on the autism spectrum.  She posed the question: “How do you introduce the concept of death to a child who has autism, which means that 1) he has trouble understanding the abstract, and instead focuses on the very real and the very concrete and 2) he is prone to perseverating on issues and can zero in on a single topic for hours, days, or weeks at a time?”

It’s a question without a concrete answer, I’m afraid.  After all, it’s difficult enough for most of us to wrap our heads around the idea of death, let alone a child with autism.  It’s also something that no one really enjoys talking about, which further complicates the situation.

Reading that blog post took me back a couple of years to a custom music therapy song I wrote.  I received an email from a mother of a teenage son with autism (we’ll call him Tim, though that is not his real name) who had just lost his grandmother, who also happened to be his best friend.  The grandmother had been ill for some time, and when she passed away, Tim was told that the angels took her to heaven and that people who go to heaven do not come back.  Tim didn’t fully understand this, and he communicated his frustration through physical aggression.

Tim’s mother asked me to write a song that not only conveyed this information, but also explained that it is okay to cry and miss his grandmother, but it is not okay to be mean and hurt people because he misses her.  Tim loved country music, so I wrote a country song called “Heaven is a Place for the Angels” for him.

Just as every child with autism is unique, so are every family’s spiritual beliefs and ways of coping with loss.  This particular song really helped Tim as he grieved, but I would take an entirely different approach with another child.  And if that doesn’t quite work, I’ll try another way, and another.  Trial and error, I guess, is my best answer.  What about you?

The blog I referred to at the beginning of this post is called MOM-NOS (Not Otherwise Specified), and you can read it here.