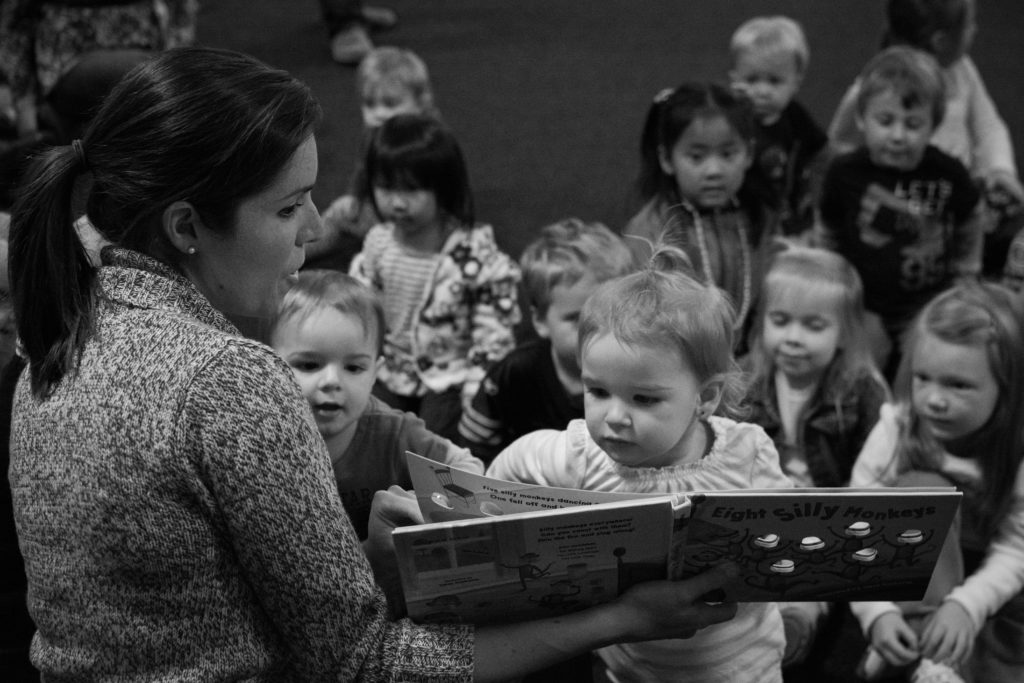 Church Mice, that is. Way back in the fall of 2006, I was invited to take the reins of an early childhood music class at the church I attended. I was still in graduate school at the time, so I gladly accepted my very first “professional” position in the music field.

I fell in love with this class from the very beginning, and it fit in beautifully with the music therapy and teaching I was doing full-time just a few months later. Every weekend, I got to work with little kids and their families, singing songs, playing instruments, and having a great time.

I continued leading Church Mice through my first pregnancy, and then was so excited when my son Parker was old enough to attend class. My mom or husband would bring him, though most of the time he ended up on my lap being my “helper”. This was really his first introduction to music, and I loved not only watching him participate in class, but also listening to him sing the songs throughout the week. 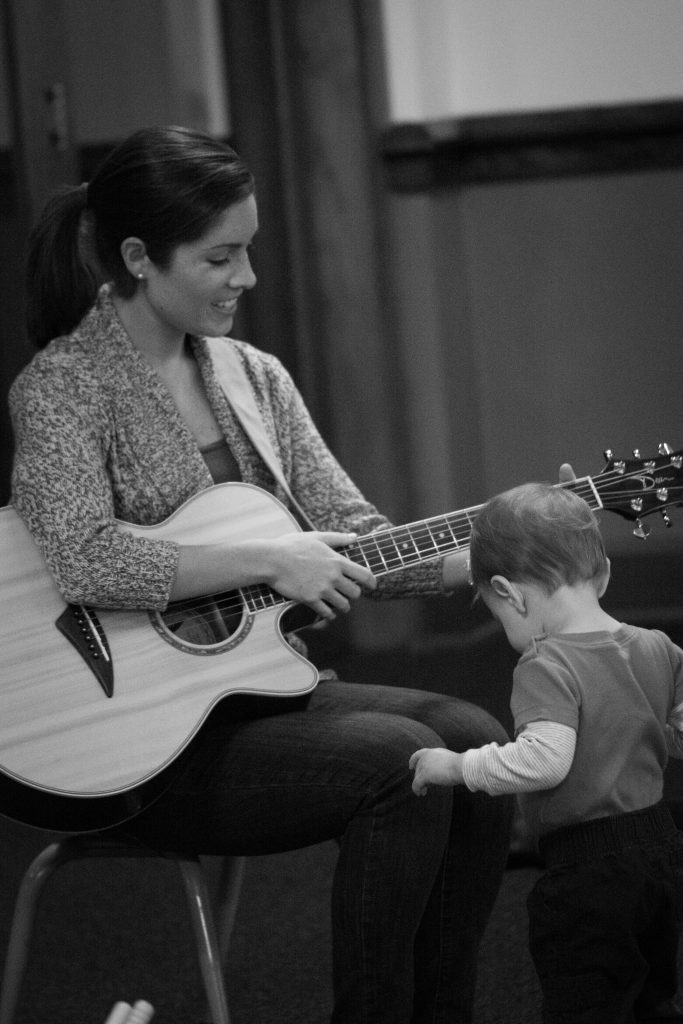 Teaching this class while pregnant was a challenge, especially the second time around when I also had a toddler with (or more accurately, hanging onto) me. But I trucked through, and eventually my daughter Mia joined us in class. Little did I know when I took on Church Mice that someday, my own two kids would attend! 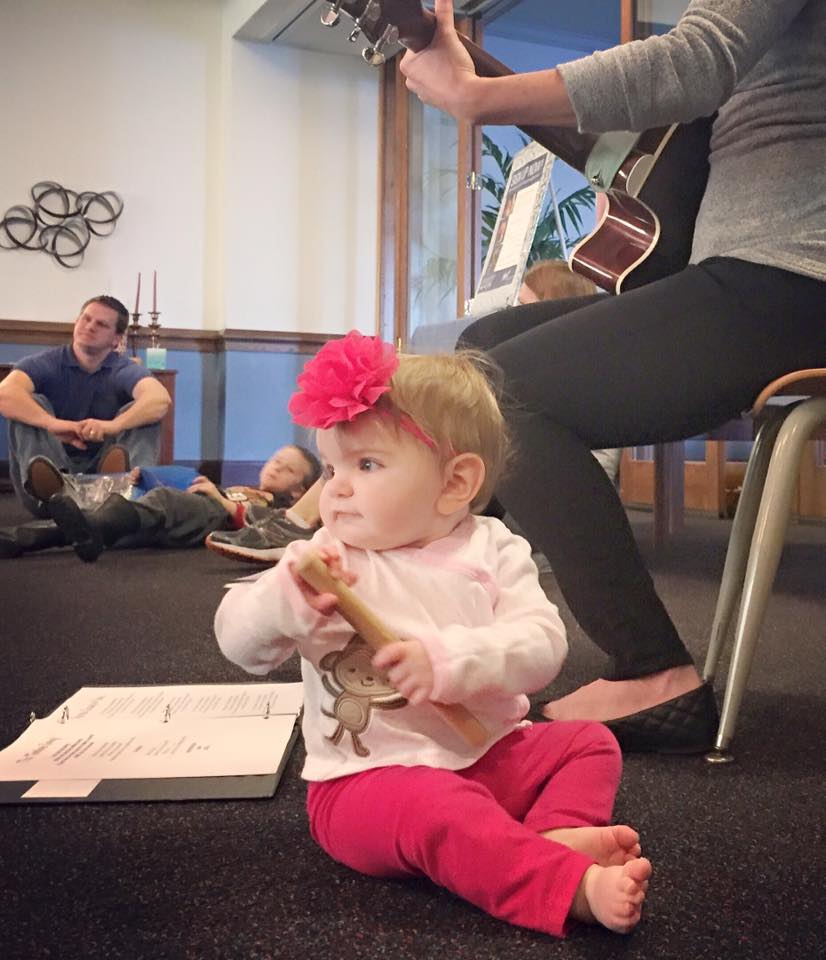 But as my children have gotten older and life has gotten fuller, it has become more and more difficult to devote my Sunday afternoons to something work-related, as much as I love the class. We don’t have a lot of down time as a family, so I made the tough decision — after 10 amazing years — to step down as the Church Mice leader.

I taught my final class back in October, and truth be told, it felt really strange not starting a new session in January. It was hard breaking the news to families when they called or emailed me to ask about the next class, but of course as parents, they all understood my decision. 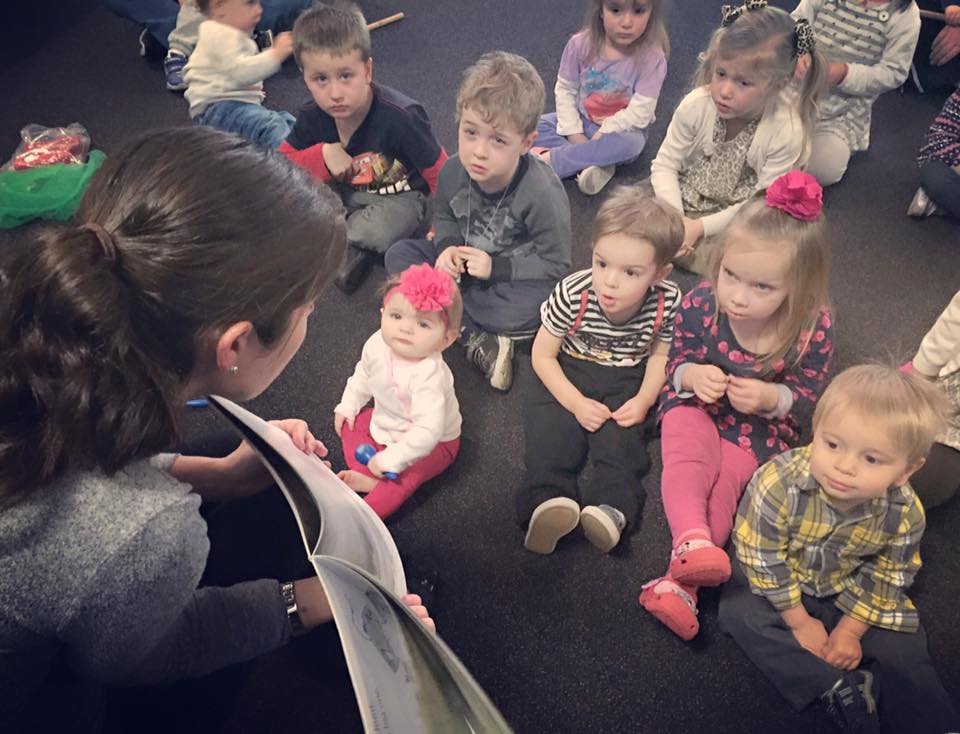 I teach quite a few classes through my studio, so I am definitely not lacking in the early childhood music department. But nothing will ever take the place of Church Mice, and I will always think back fondly on my time there. It’s the end of an era, to be sure.