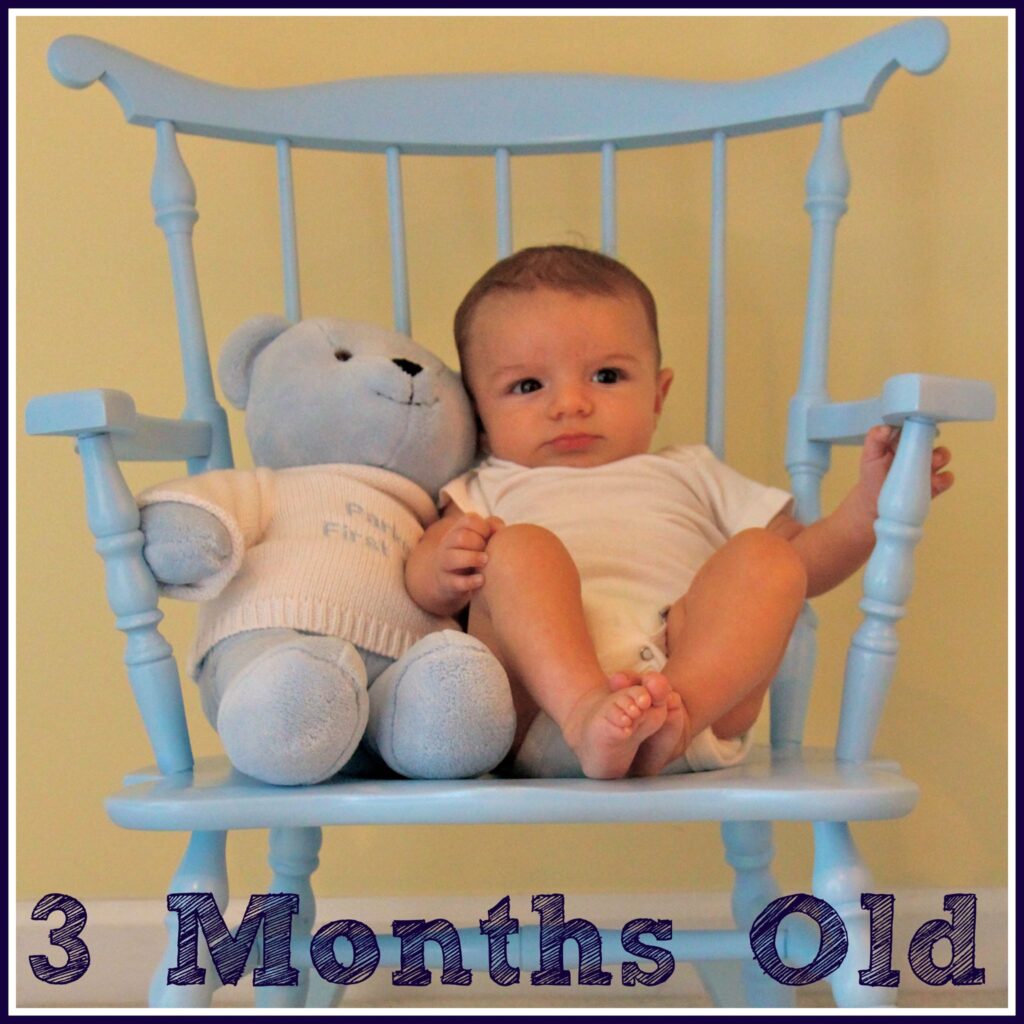 Check out this big boy. Three months…that’s a quarter of a year! As sad as it makes me that time flies by so quickly, I love that Parker is becoming more and more fun and full of personality every day.

Along with the three month mark have come several milestones and changes. The BIGGEST milestone is that he slept through the night 3 nights in a row! Zach and I woke up that first morning (September 11, so I can add it to the baby book later) and were in complete shock — neither of us remembered what it felt like to get a full night’s sleep, since it hadn’t happened since around the 6-month mark of my pregnancy (thanks to all those trips to the bathroom). I had to take a picture of Parker after he finally woke up to celebrate this monumental event. 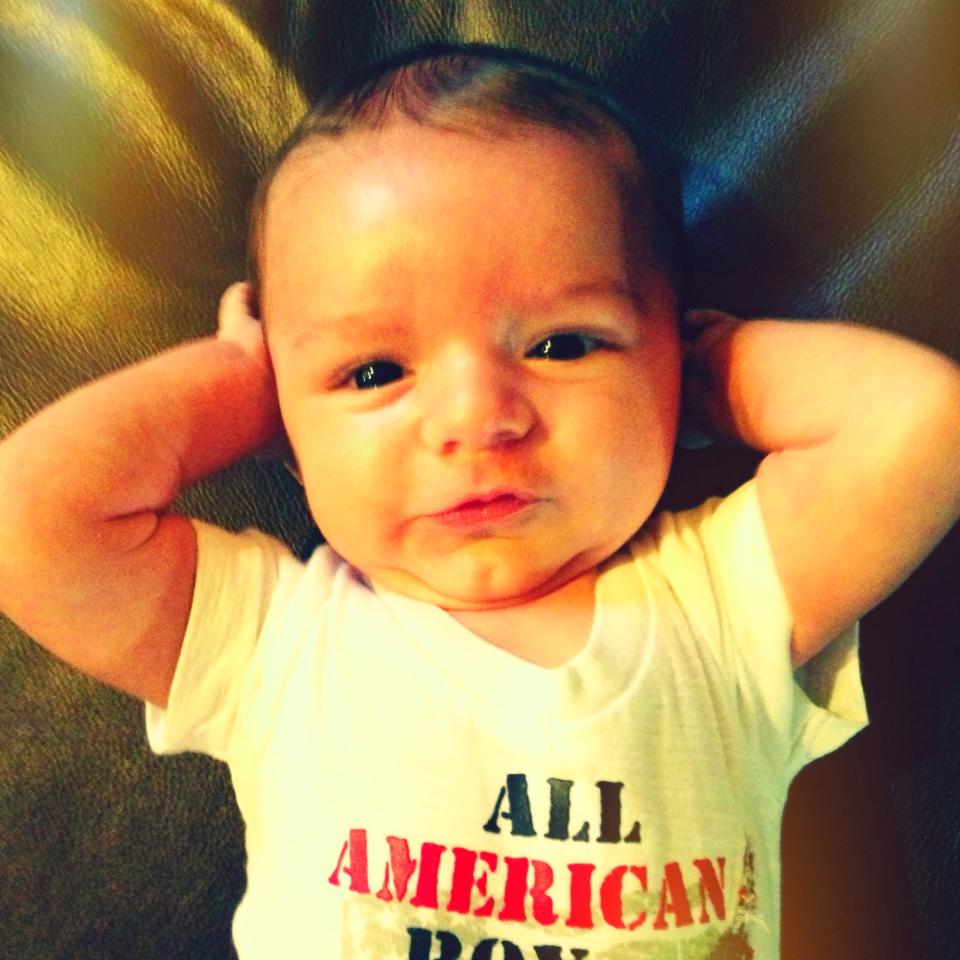 Another milestone is that Parker has discovered his feet. Whereas he used to be obsessed with looking in the mirror while on his playmats, now he just wants to grab his feet and try to put them in his mouth. He has actually succeeded in that a few times ;) He is like a little roly poly, even during his diaper changes, which is just too cute.

Speaking of roly poly, he has rolled over again (belly to back) but only once since the first time. Luckily Grandpa Alan was there to witness it. I think he is getting close to rolling from his back to his belly, too…and we’re pretty sure that he’s going to be an early crawler. He already can maneuver his body 180 degrees to get to me or a toy during tummy time using just his arms. For such a little string bean, Parker is super strong! 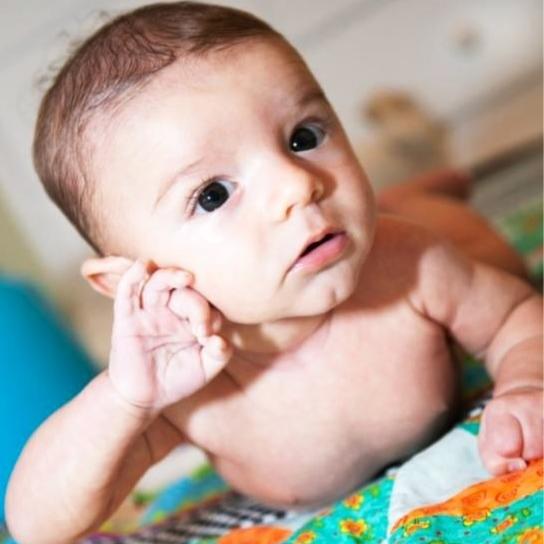 In general, Parker just seems to be a very happy baby these days. He has such a sweet personality, and that smile…oh man. My favorite is when he is in the middle of crying (especially when I start changing his diaper) and all of the sudden he stops and gives me the biggest grin. It is seriously impossible to have a bad day with this little boy in my life.

Life is good around here. Parker is still eating great, and I’ve been working on getting more calories and drinking tons of water in order to produce more milk — I pumped 6 ounces this morning, which is HUGE for me! He’s still on the (very) low end of the weight spectrum, but I’m hoping to see a big gain on the scale today when we go to baby group. Fingers crossed!