It’s time for the first official installment of “Counting Time” – which you can read more about here. This month we’re counting pumpkins, which I’m sure will not come as a big surprise to you all :) 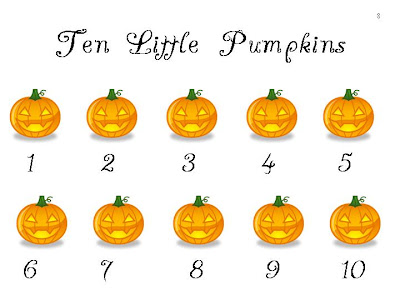 Each month, the “Counting Time” tune stays the same but the items we count will change. You can listen for yourself:

How many pumpkins?
Ten little pumpkins!
All lined up in a row.