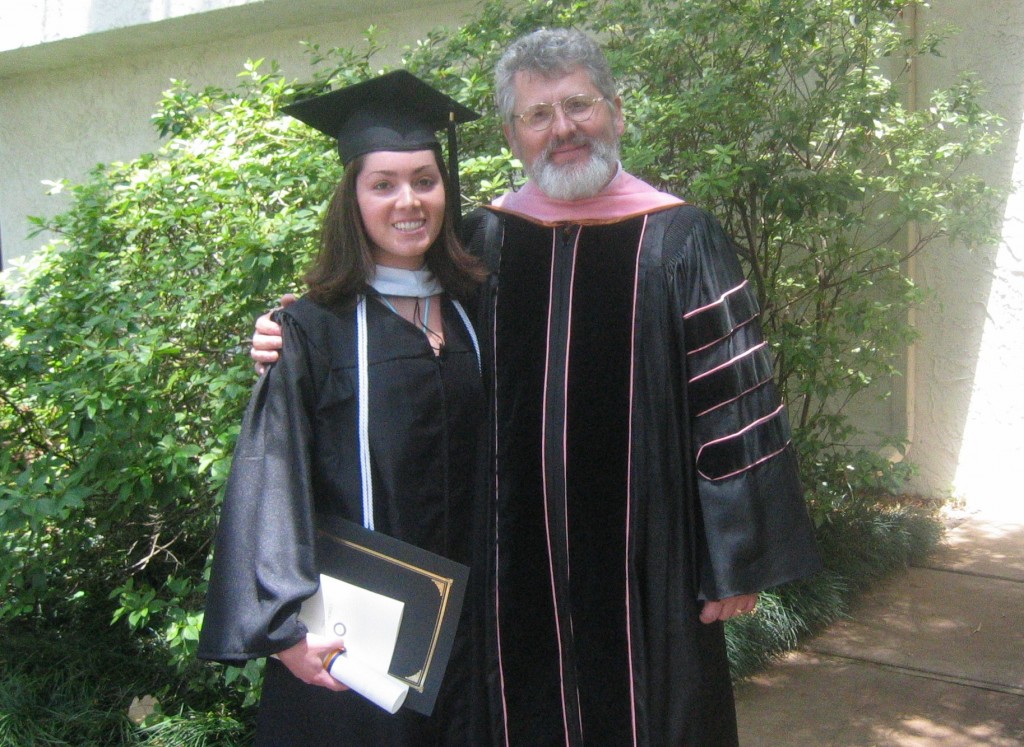 I have this man to thank for my career in music therapy.  Dr. John Sinclair, or “Doc” as everyone calls him, was the head of the music department at Rollins College during my undergraduate years, and still is today.  He directed the ensembles in which I sang, and I had him as a professor for several classes.

But it was one particular class he taught that changed my path; I can’t remember the name of it, but I remember the pivotal assignment.  Doc asked us to choose a career in the music field and write an in-depth research paper on it.  I was a vocal performance major, and had dreams of becoming a professional singer.  But I wanted to learn about something new, so I did a Google search for “careers in music”.  Music therapy was one of the top hits.

I read everything I could on the internet about music therapy that day, and on Monday morning, I went straight to Dr. Sinclair’s office.  “Doc, I know what I’m going to write my paper about, and I’ve found my future career!”  It turns out that Doc knew all about music therapy, and offered to contact a music therapist he knew who had just moved to the Orlando area.

A week later, I had written my paper and begun job shadowing his music therapist friend.  I watched her in action at a nursing home, with private students taking adapted lessons, and with an early childhood group.  She told me all about her coursework as a music therapy student, and spent hours answering all of my questions.  I was even more convinced that music therapy was for me.

I was in the second semester of my sophomore year at the time, and couldn’t stand the thought of waiting another year and a half to graduate and go on to grad school for music therapy.  So when my advisor told me that I had enough credits to graduate after the first semester of my junior year, I only hesitated a little.  Did I really want to leave college — my friends, my sorority, this beautiful campus — 1.5 years early?  It was hard, and I got a lot of flack from my friends, but I did it anyway.

I applied to and was accepted at several schools in Florida, including FSU and University of Miami.  But in the end, I returned to Illinois and ended up an hour north of my home, at Illinois State University.  I was sad to be back in the cold; however, I couldn’t pass up a full ride to graduate school.  It ended up being worth it, though, since it was at ISU where I fell in love with my now-husband :)

So that’s my story of finding music therapy.  I was inspired by similar stories shared by my colleagues, including Nat Mullis and others.  What’s your story — whether you found music therapy or another career for which you were meant?