Inside the Recording Studio: Day 4 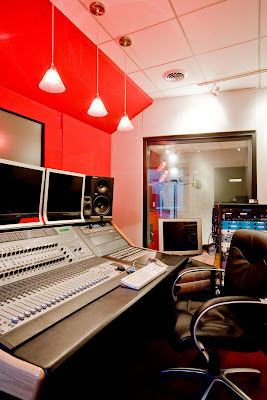 Today’s recap will be a short one, because I was only in the studio for a little over two hours!  On Day 3, we had finished all but vocals for song 9, so I went to the vocal booth to work on those right away.

Getting good vocal takes is much easier at 1:00 pm than it is at 11:00 pm!  I finished the melody and harmony for song 9 in just under an hour, so next, we moved along to song 10.  We’d already decided that song 10 (which isn’t the actual track number on the CD, just the order in which we recorded it) would be an acoustic-only track to balance out the other 9 songs, which are much more “produced”.

Song 10 didn’t take long at all.  I played the acoustic guitar part a few times through, and then moved to the vocal booth.  A half hour later, my work on this album was DONE.  It was so hard to believe!  All that was left to do was mix and master each track, a task that Jim (my sound engineer) will tackle this week and next.

It was a little sad walking out the door of Jupiter Studios for the last time.  Jim said he’d never seen anyone make themselves at home on the studio couch like I had, which I can definitely believe.  It was my headquarters for the week! 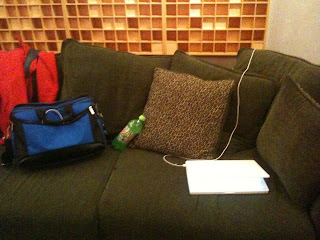 There was a benefit to finishing early…I got to play a great April Fool’s trick on my husband, Zach.  I texted him as I was leaving and wrote, “just finished vocals and getting ready for mixing!” which of course, he believed.  But really, I was hitting the road for Springfield, which is just under a two-hour drive.  I called him as I pulled into our neighborhood to say that I was heading back to his sister’s house for the night, and right as we hung up, I walked into our house.  He was very happily surprised, since I hadn’t planned on coming home until the next morning.

So now I get to wait anxiously to receive the final tracks in all their mixed and mastered glory.  Luckily, we have a vacation planned for next week that will keep me occupied!  We’re spending the holiday weekend with family before taking off for San Antonio on Wednesday.

I owe you all some songs, which have been few and far between around here lately.  I promise to return to my regularly scheduled programming soon.  In the meantime, have a wonderful Friday!