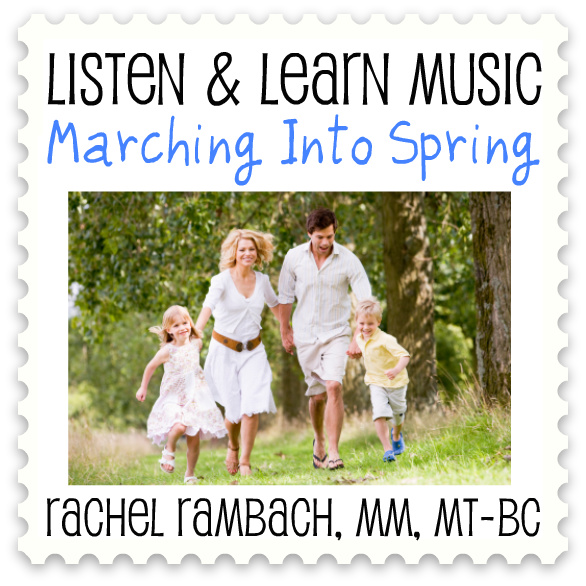 Okay, okay…so spring is still several weeks away. But since it officially begins in March, I couldn’t restrain myself from writing about my second favorite season.

I first used the “march into spring” play on words in my March song, and it amused me enough to base an entire song upon it. As I started recording, I decided to let the music reflect the marching chorus and in contrast, the fun and excitement of spring.

While we’ve had an unusually mild winter here in Illinois, I’m still ready for daily bike rides, open windows, and walks in the park. What do you think: is it too early to start singing about spring?