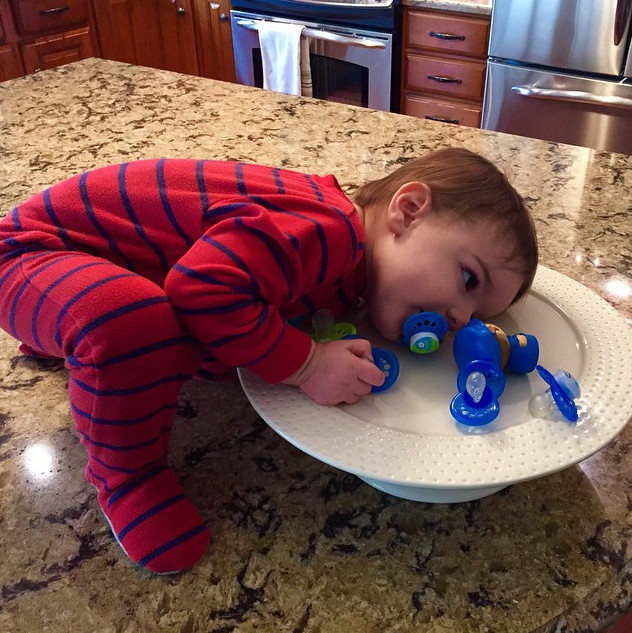 I find it more than a little amusing that we’re weaning one child from the pacifier while simultaneously trying to teach the other child to take one. And it’s going better than expected…for one child, at least.

Mia isn’t a fan quite yet, but if she’s anything like her big brother, she’ll develop a deep love for the “paci” over time. Parker didn’t take one consistently until he was about 10 weeks old, but from there on out, they were pretty inseparable. 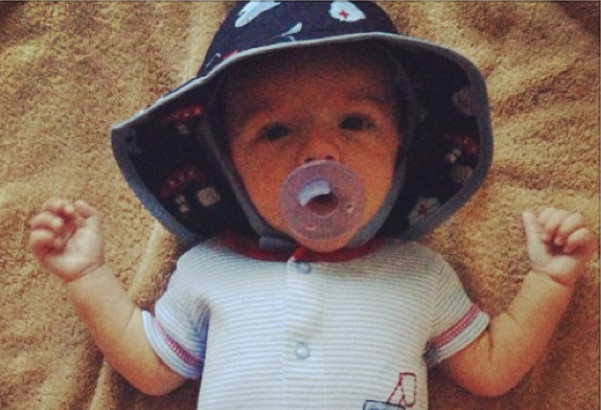 I was never a huge fan of letting Parker have his paci during the day, but we were pretty lax on that up until the time he hit 18 months. At that point, we stopped taking it with us when we went places, and he started to learn to put it (well, usually them — he liked to sleep with multiple pacifiers) on top of his dresser on his way out of his room in the morning and after his nap.

That helped with his transition to daycare, where he spends 3 whole days per week with no paci. He did great with that, and had no problem taking naps there without one. So I knew there was hope once the time came to get rid of it altogether.

Once he hit 2 years old last month, I was ready to ditch the paci. Zach was a lot more apprehensive than me, but game to give it a try. So one morning after Parker woke up, we told him that Dada was taking his pacis to work so that another baby could borrow them. We said he would bring them back that night, but that he wouldn’t have it for his nap.

Parker ate the story up, and we continued talking about it throughout the morning until he was able to tell me where his pacis were when I asked. We talked about it one more time as we walked upstairs for his nap, and then — for the first time EVER — he did not so much as ask for his paci before he went to sleep. Then he slept for an hour and a half with no issues.

We continued the conversation about where his pacis went during the day all week, and then at the end of the week, it was time to bite the bullet. We told Parker that the “baby at Dada’s work” was going to borrow it overnight, since Parker was a big boy and didn’t need a paci anymore. There was no crying, no meltdown…nothing. He went to bed and slept through the night as usual.

I’m not sure how we got this lucky, because Zach and I were both convinced that the big wean was going to be a miserable process. I’m crossing my fingers that we don’t have any setbacks, especially when he naps or spends the night at his grandparents’ house. But for now, I’m proud of my big boy and pretty ecstatic that we made it over this hurdle painlessly.

Next up, potty training. Maybe that will be just as easy…one can dream, right?! ;)