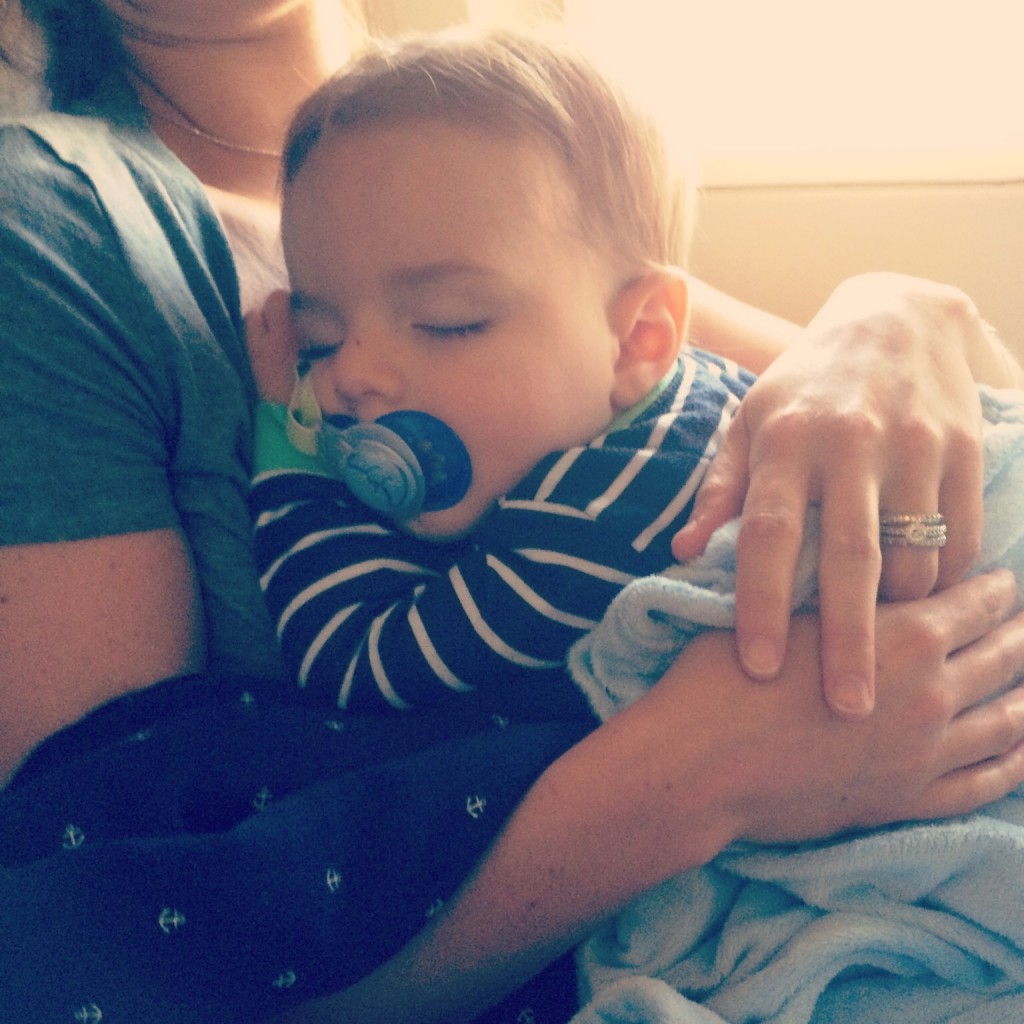 Summer is over halfway over, which makes me very sad. July was off to an exciting start with a quick trip to Denver. We went out to visit my brother Josh and sister-in-law Jeni for the first time since they moved there last summer. I was looking forward to a relaxing, low-key getaway, and that is exactly what we had…starting with the flight out there. We left super early in the morning, which was perfect because Parker slept the entire way! He is such a wonderful little traveler.

On the car ride from the airport to Josh and Jeni’s house, it was Daddy’s turn to sleep. Parker got a kick out of watching him sleep as he drank his bottle. At that point, he was wide awake and ready to hang out with his uncle and aunt. 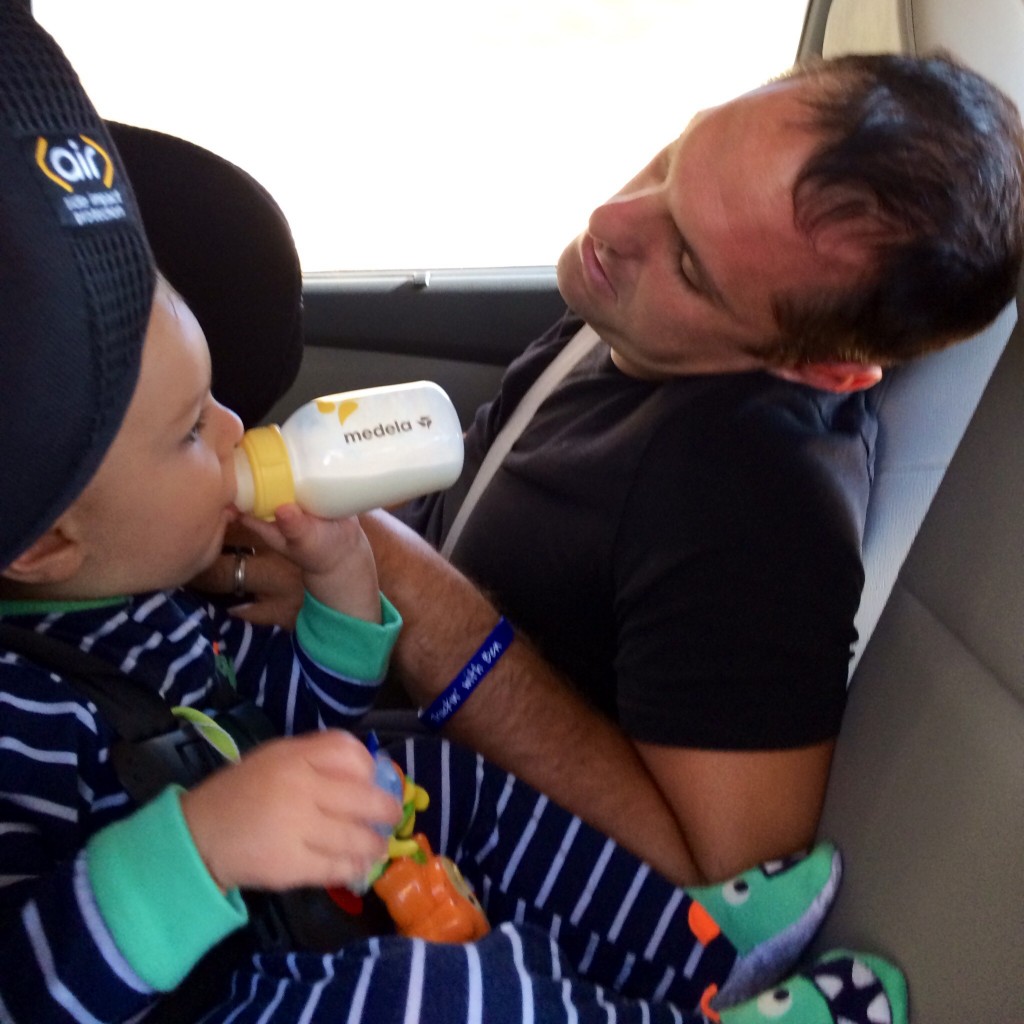 As much as he enjoyed his time with Josh and Jeni, he really loved hanging out with their big dog Lincoln. Parker was not scared of him in the least, even though Lincoln is a GIANT. A very gentle one, though; he was so good with Parker! He didn’t even seem to mind when Parker pulled his tail, tugged on his whiskers, and laid all over him. They were so cute together. 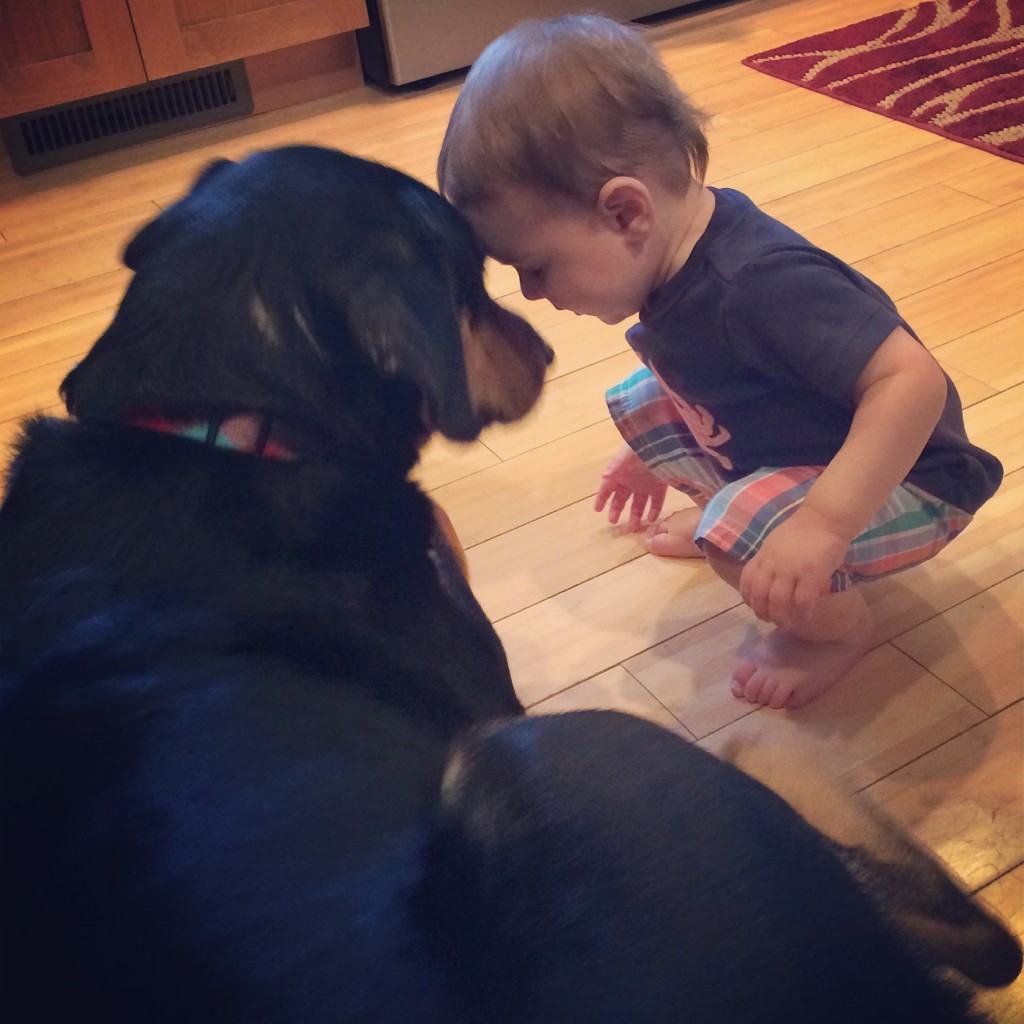 We had a big family cookout on our first day there, and I think Parker was a little jealous of all the guys playing lawn games while he hung out on the deck with the girls. He did get to go down and run around a little bit later, though :) 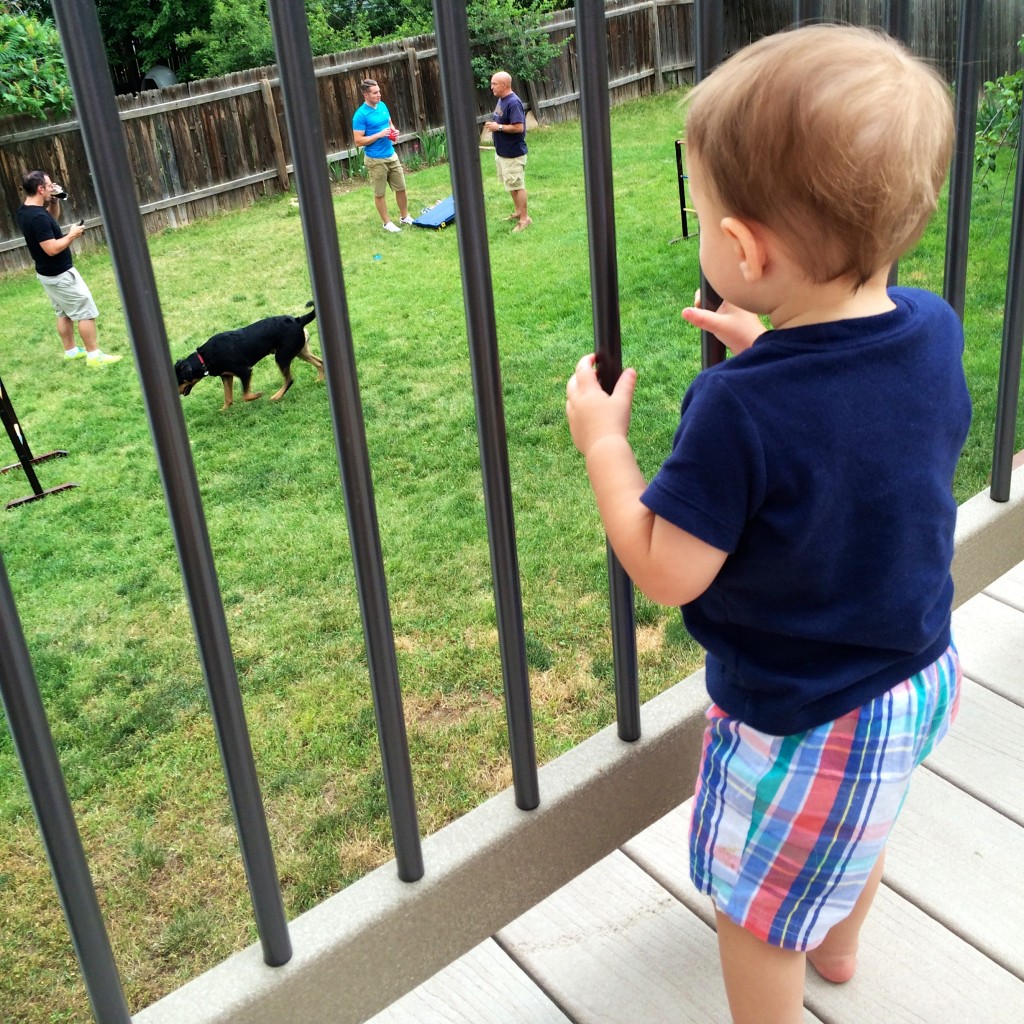 The next day was the 4th of July, and we were pretty lazy all day long! Zach met up with a friend to watch the World Cup game, while we hung out at the house and made a trip to the park nearby. We met up with Zach later on for lunch downtown, and Parker stood next to the table dancing to the music the restaurant was playing for most of the meal. He is a dance machine, I tell you. He was cracking me up with this “Mr. Cool” pose. 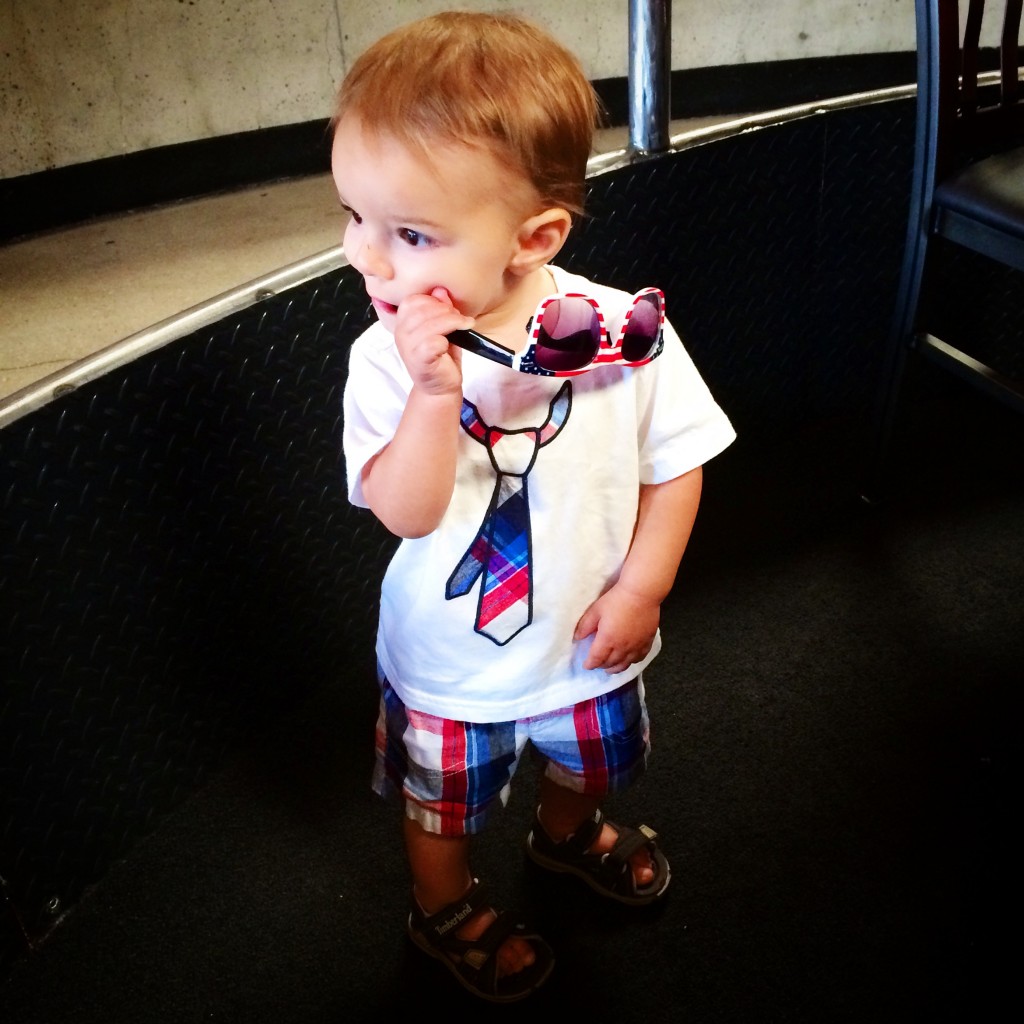 That night after we put Parker to bed, Zach and I headed to downtown Littleton for a little 4th of July date. We had ice cream and appetizers (yes, in that order…we are such rebels) and then got to see the fireworks before we headed home. We realized it was our first just-the-two-of-us date since February; how crazy is that? 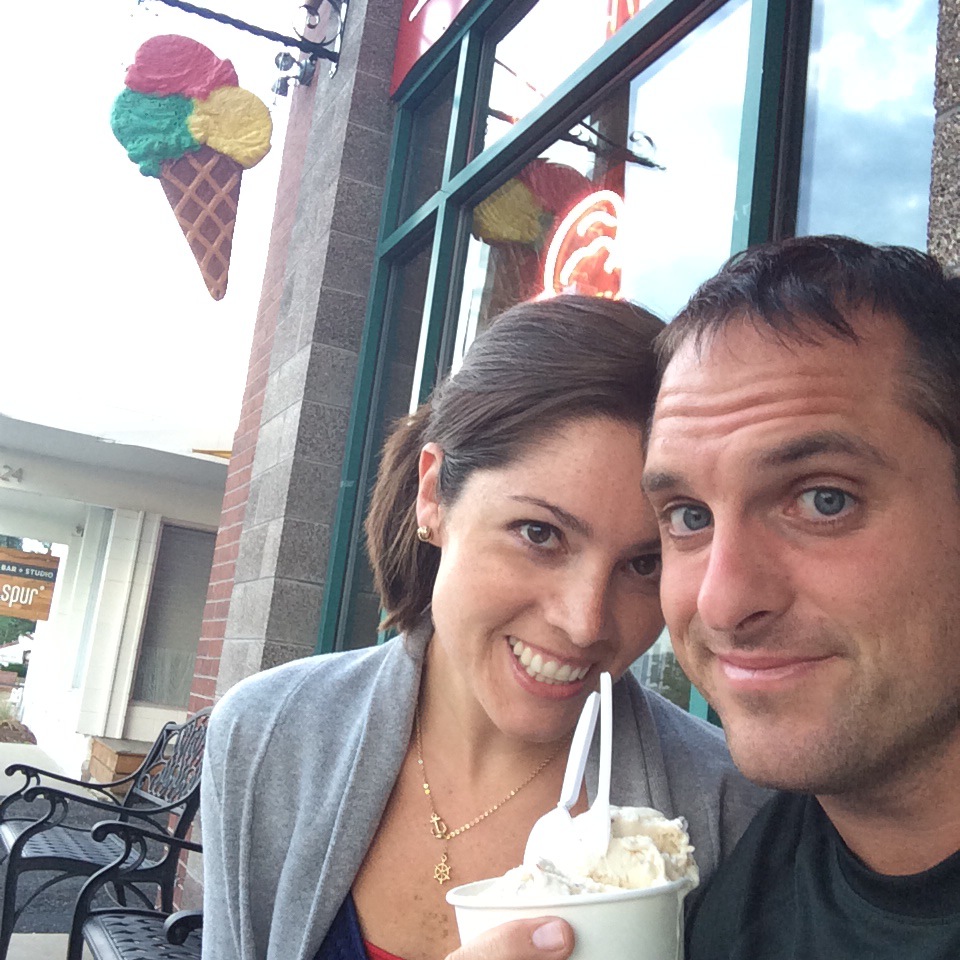 We headed to Coors Field for the Rockies game the next day. Zach got us amazing tickets in the Club section, and we were in the shade for the entire game. Parker did really well sitting through 3+ hours of baseball, and it definitely helped that there were lots of people to take turns holding him on their laps. As long as he is outside and has plenty to look at, he is a pretty chill dude. 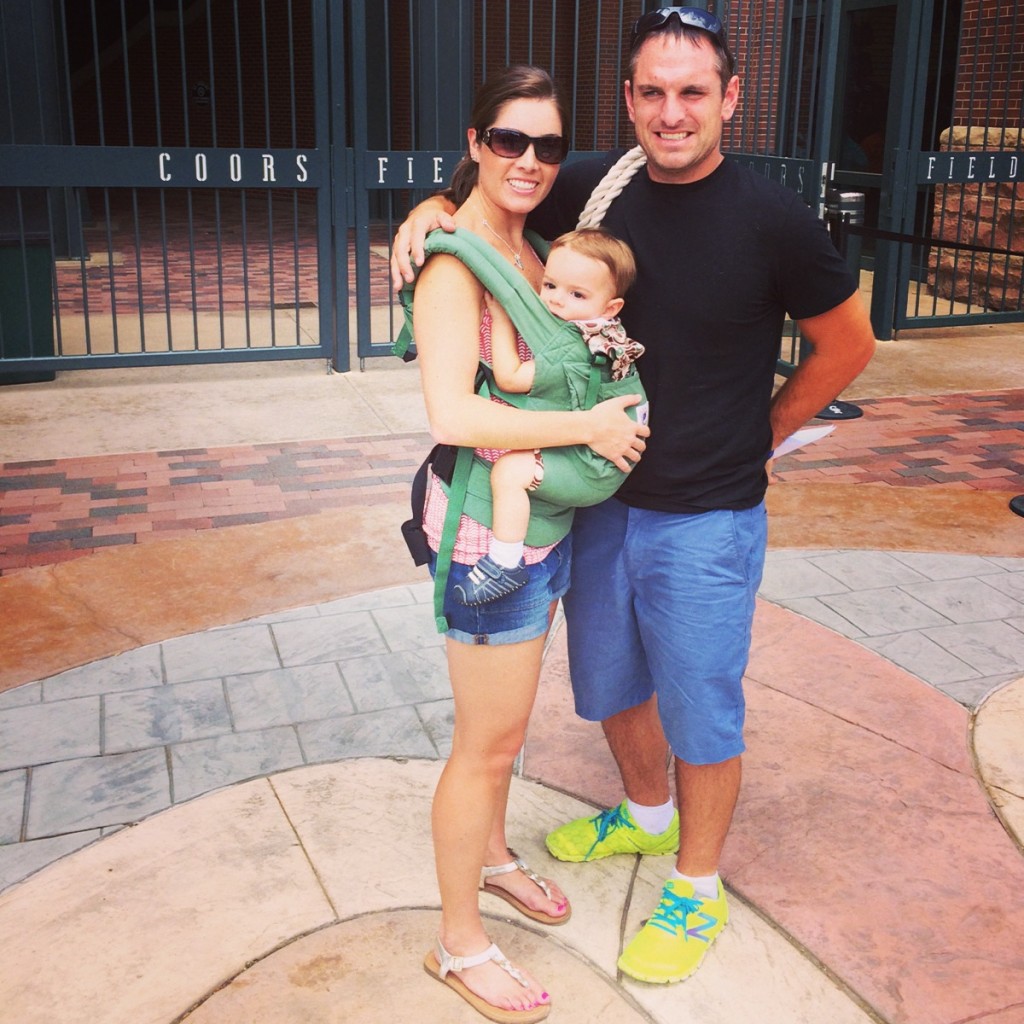 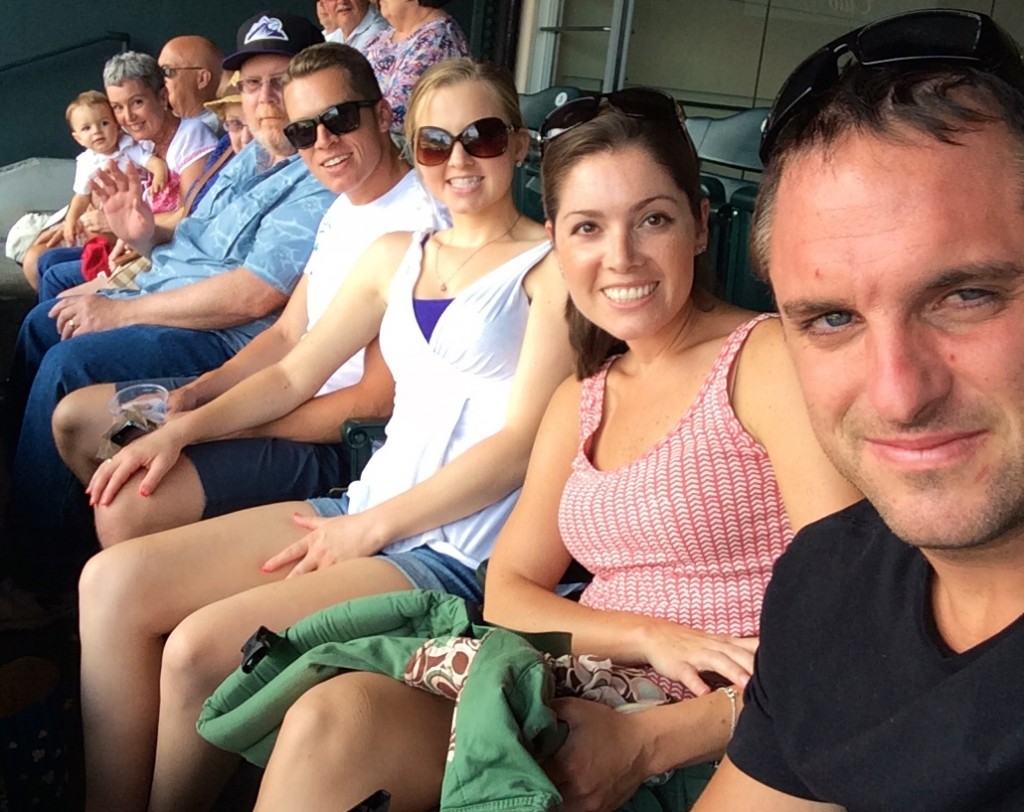 We had an awesome time in Denver, and it was a little bit of a bummer to come home — especially since I had to start work the very next day. Zach took Parker to his parents’ house after we got home on Sunday so that I could catch up on laundry, clean the house, and get ready for my students. I was absolutely exhausted by dinner time, but it was an extremely productive day. Parker and I took it pretty easy on Monday until it was time for me to work.

After I was done, we met up with Michelle, Annabelle, and baby Alec for one last dinner before they left. Parker loves his big cousin so much, and I think the feeling is mutual. It will be fun to see their relationship evolve as Parker gets older and can talk back to her. 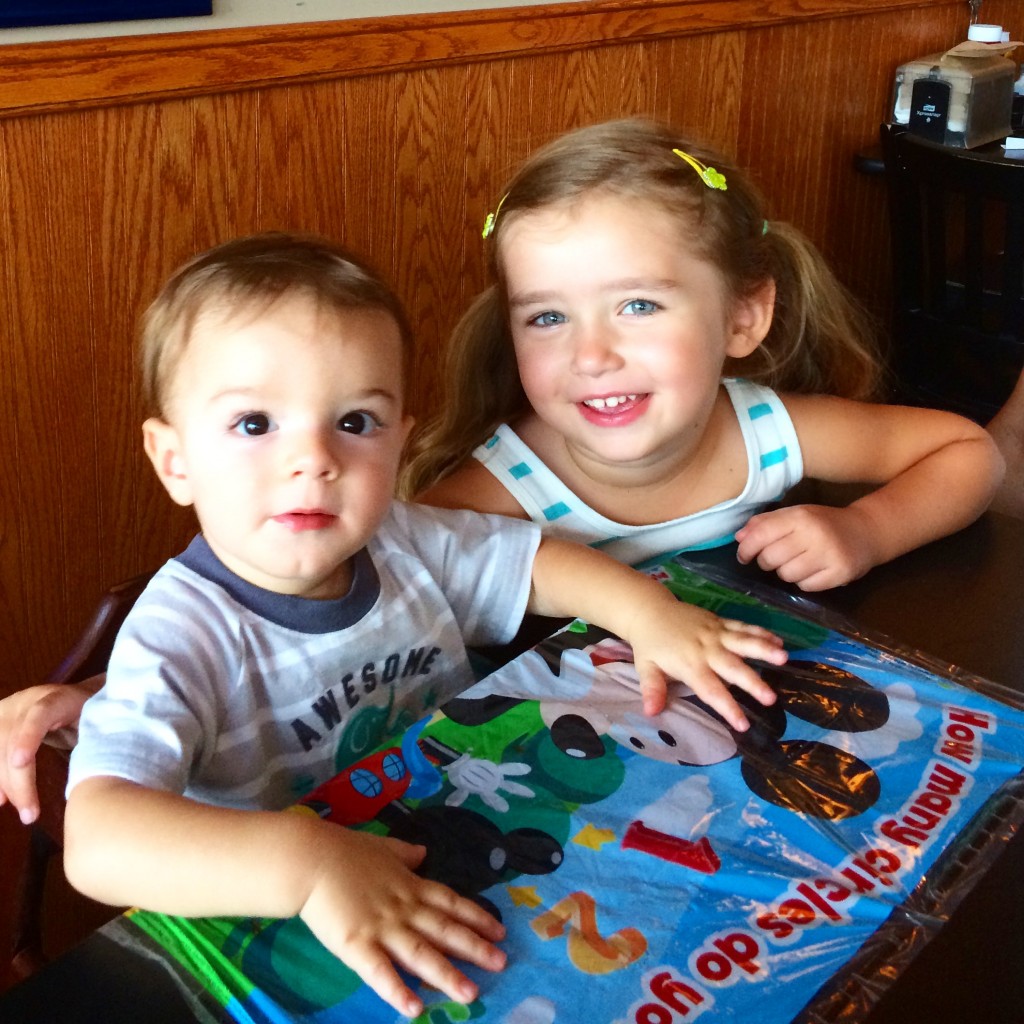 I made it through my first week back to work, though I felt pretty rusty after taking the entire month of June off. I had a big meeting on Friday that went very well, so we went out to dinner that night to celebrate. We chose Obed & Isaac’s because the weather was so nice and they have a great patio. We didn’t even get seated until 8 (past Parker’s bedtime), but he was a perfect angel throughout dinner. 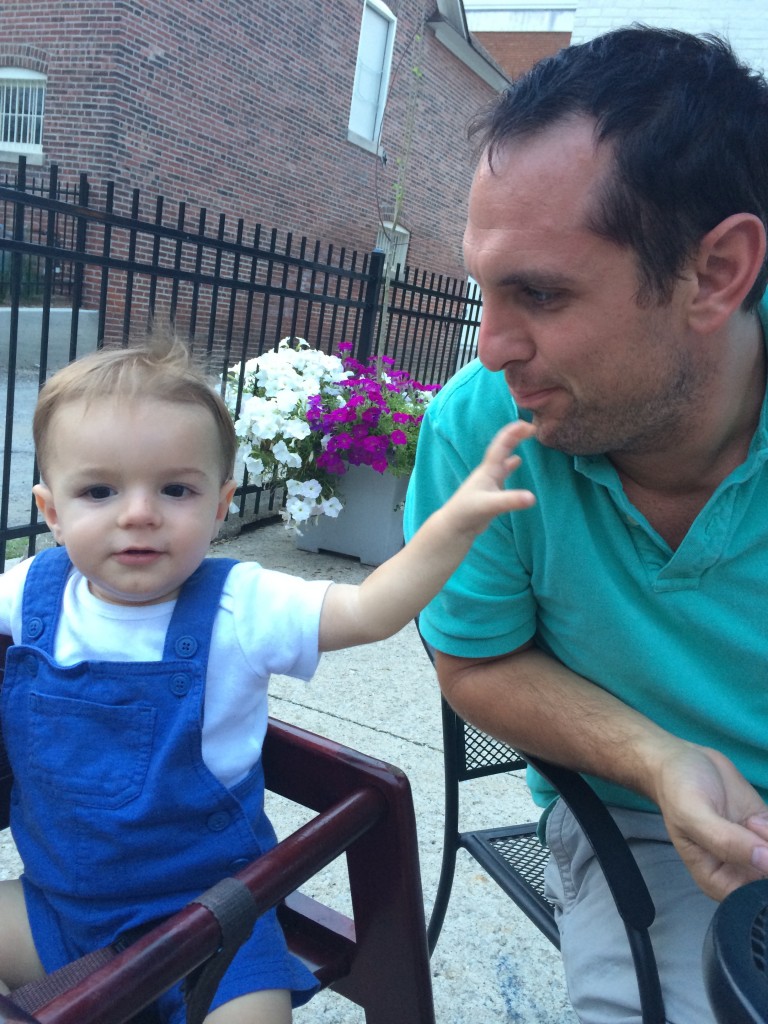 We ended up going out to eat again the next night, this time at American Harvest with my friend Crystal and her family. On Sunday, Zach dressed Parker up like his little mini-me and the two of them went to The Alamo to watch the World Cup finals. I got to enjoy an afternoon to myself at the pool, which was just awesome. I hadn’t done that since before Parker was born, so I soaked up every last minute. 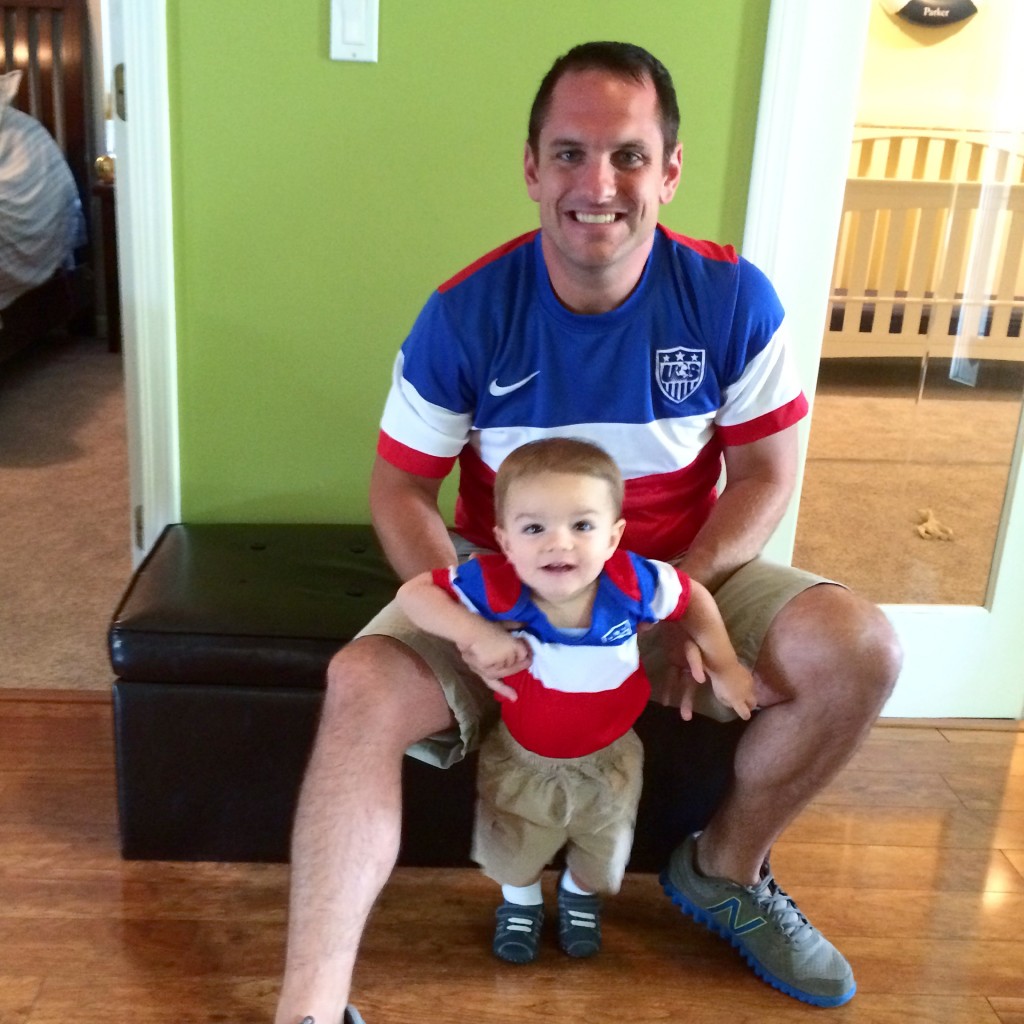 We don’t have any travel plans or big events happening the rest of the summer, so my plan is to just make the most of the weeks we have left. I refuse to even think about the fall until mid-August!