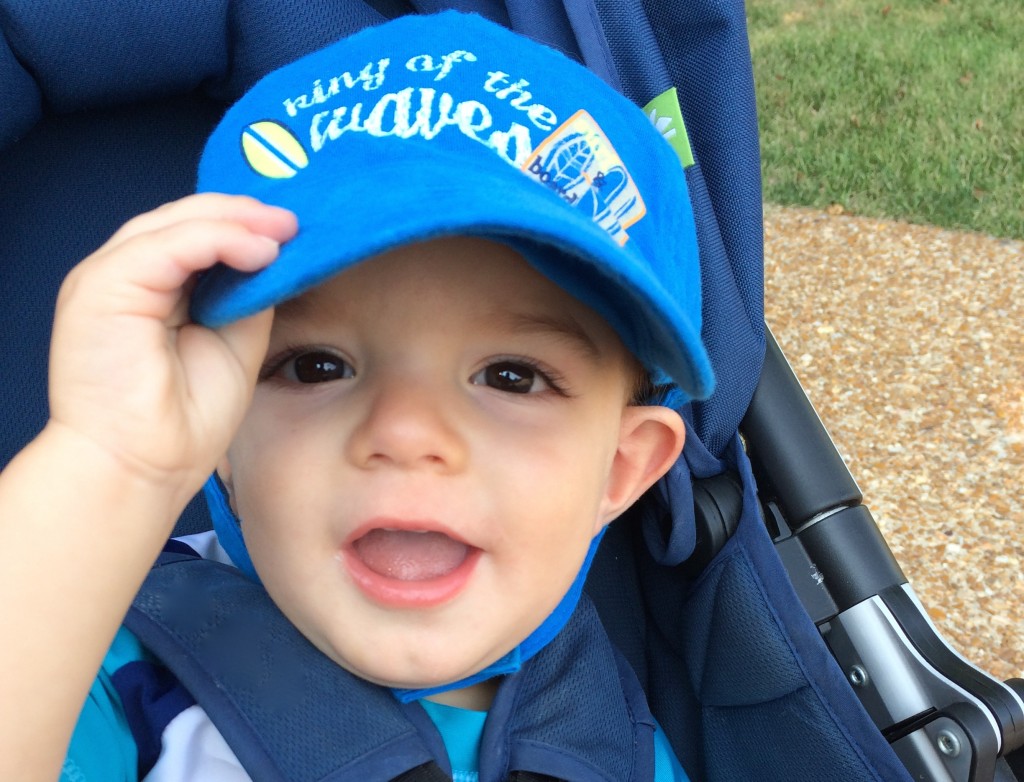 One of the things I’ve looked forward to the most about Parker growing up is hearing him say actual words and expand his vocabulary. It started with just a few — mama, nana (banana), no, dada — but that list is growing quickly.

Say: Parker is obsessed with our golden retriever, Sadie. She usually spends a good amount of time at my in-laws’ house playing with their dog, but since my mother-in-law recently had knee surgery, Sadie has been at our house full-time. No one is happier about this than Parker, who loves to chase after Sadie and tease her with his toys. He calls her and every other dog he sees “Say!”.

Nananana: Not to be confused with “nana” (his word for banana, which he has been saying for quite some time now). Parker hasn’t yet mastered his l sounds, so the “lalalala” part of the Elmo’s World song is “nananana” instead.

Shoe: This boy loves shoes. He actually cooperates when we put them on his feet, and he even tries to put on other people’s shoes, while saying the word “shoe”.

Hi: His little voice is the cutest, but especially when he says hi. He knows exactly what it means and uses it in the correct context.

Byebye: This is a runner-up to hi for cutest word.

And then there are the sounds he knows. This is probably a very normal developmental milestone for a baby his age, but I still think it’s amazing that Parker can answer these questions:

“What does a kitty say?” Meow!

“What does a doggy say?” Woof!

What does a train say?” Choo choo!

“What does a duck say?” Quack quack quack!

Parker will even make these sounds when he sees a picture or toy version, especially cows. He knows the ones I listed by heart, but he can pretty much imitate (or at least attempt to imitate) just about any word or sound. It’s fun to see which ones stick. I can’t wait to see where his language development is in just a few months.