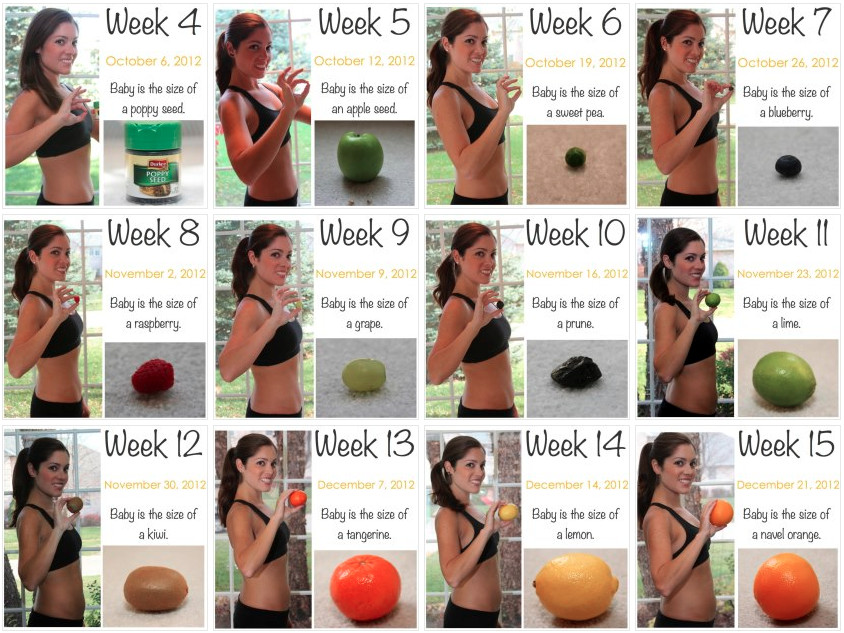 As soon as we found out I was pregnant, Zach suggested that we take weekly photos to document my growing belly. It was also his idea to pose with the corresponding-sized fruit each week…pretty creative, right?

I’ve had a couple friends (both whom also happen to be pregnant) ask if I was going to start wearing a shirt once I got bigger, which I thought was hilarious :) And also an excellent idea. When I was 4 weeks pregnant and still had a flat belly, going shirtless didn’t seem like a big deal at all, but as I’ve grown, I’m getting a little more self-conscious. 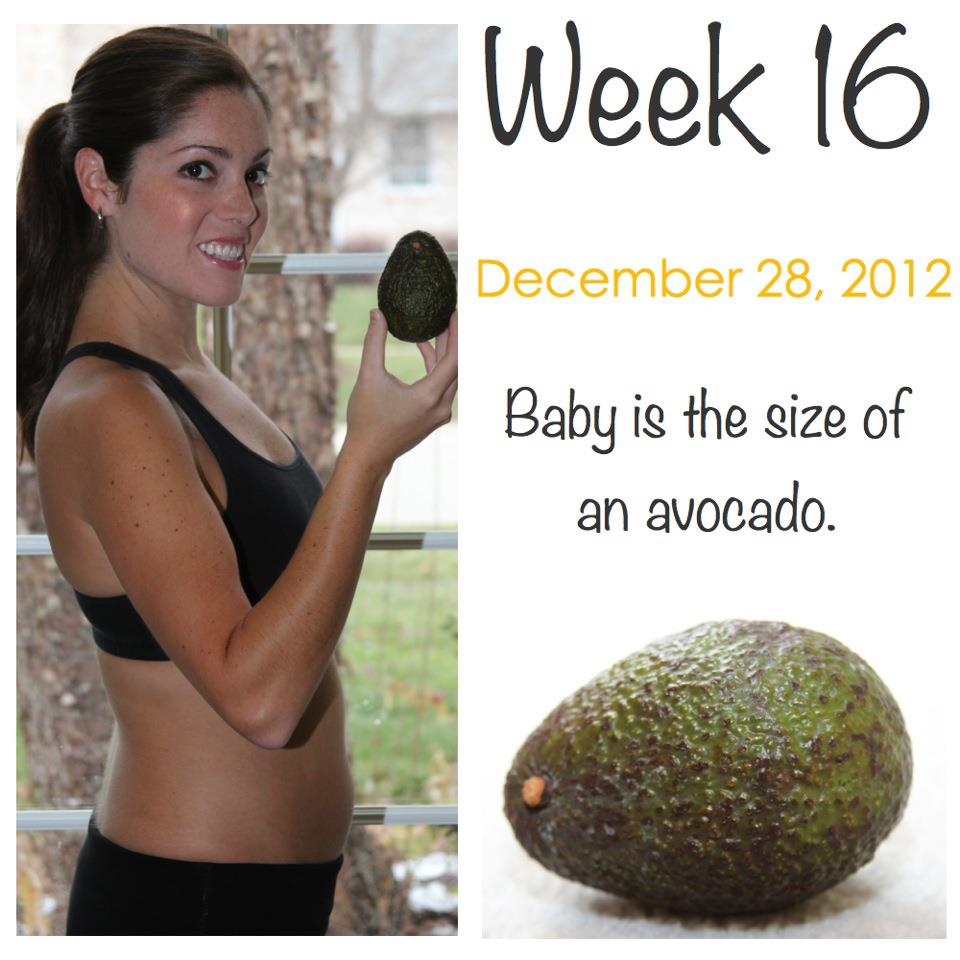 I have 4 weeks to go before I hit the halfway mark (and get to find out the sex for sure!) which seems just unbelievable. There have been times when this pregnancy has seemed to crawl by at a snail’s pace, but other times, it’s like time has flown.

These photos will be so much fun to look back at near the end and after the baby is born. Right now I can’t even imagine having a huge belly, but it does get bigger with each passing week. I’ll know exactly how it feels soon enough, that’s for sure!